Spartans talk of trust and redemption as 2019 season approaches 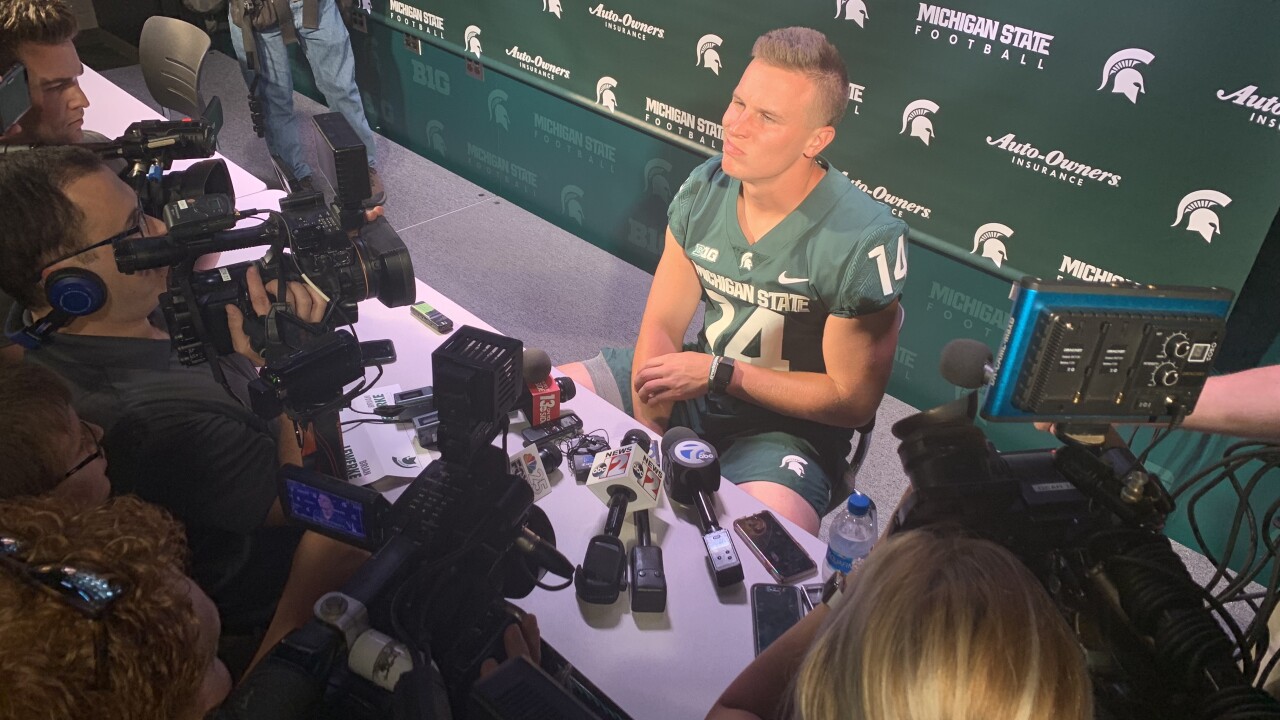 Sure, being listed as amongst the best teams in college football is a nice feeling, that is until you fail to live up to those outside expectations.

That's what happened to Michigan State in 2018.

Entering the season ranked 11th in the nation, the Spartan defense acted like it, while the offense sputtered and finished in the bottom five of many offensive statistical categories.

With a bevy of starters returning for their senior seasons, some returning from an injury plagued season, the Spartans don't mind being left out of the preseason limelight.

"Personally I don't care if we are (flying under the radar), we're going to come out and try to win every game," senior defensive lineman Mike Panasiuk said. "We want to make it all the way."

"I don't think we're worried about the rankings and all that, all we're focused on is getting better," senior David Dowell added.

An interesting theme that came from the defensive breakout was the oft talked about comparisons to the 2013 defense.

That year, the 'No Fly Zone' was born and carried the Spartans to a Rose Bowl victory.

It also finished number one in the country.

This year, the 2019 version of the defense has pulled out the VCR and decided to watch film of how that unit worked, and how they can try to beat it.

"They were fast, when you turn it on, everyone was just fast, everyone flying to the ball, that's what we preached here, and sometimes you fall short of that, last year we were close to that, that's the standard here and we want to be as close to that as possible," senior linebacker Joe Bachie said.

In order to do that, all eleven positions will have to play air tight, and that's something that this unit, with all of the experience returning, feels they are close to accomplishing.

"Dominate your 1/11th, focus on your job and trust that everyone is going to do theirs, one of our mantras is 'trust your defense, trust yourself and trust everyone around you,' you got to know that the guy next to you is going to do what he needs to do," Dowell added.

When senior quarterback Brian Lewerke comes out on to the field on August 30th against Tulsa, he believes he'll be a version of himself that Spartan fans grew to love in 2017.

A shoulder injury during the Penn State game last season derailed his season, leaving an already sputtering offense to scrap for what it could, with a lesser proven quarterback in Rocky Lombardi.

Lewerke tried to play through the pain, but the injury altered his mechanics and put a damper on his confidence, leading to him losing his starting role.

After a summer of rehab, both mentally and physically, Lewerke is ready to regain his former form.

He and Lombardi went to a Navy Seal camp in San Diego, trained with the Seals, and learned leadership tactics along side other college quarterbacks.

Meanwhile, Lewerke rehabbed his shoulder and fixed the mechanical issues that led to his poor decision making, and in turn, poor play.

But he also realized he got away from one of his greatest tools, his legs.

That's, again I go back to, that's why the quarterback is the most praised or the most criticism. One of the two things usually happen. But he's got to be able to do that. That's what our quarterback has to be able to do. How we evolve to that or how much we ask him to run the ball per se really depends on the moment probably as much as anything."