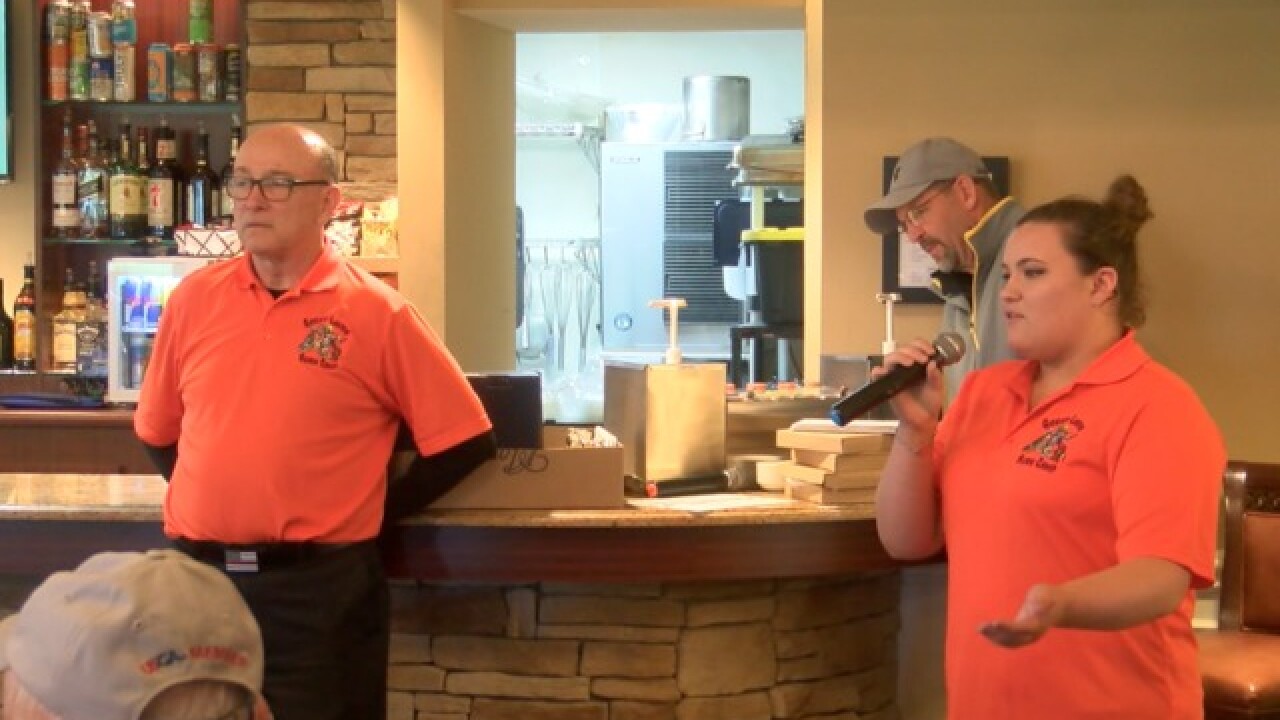 It may have been cold and rainy in at The Links of Novi today, but inside the clubhouse it was warm and full of people ready to support and celebrate a very special cause.

"Besides the rain it turned out really well and everybody stayed strong on that course and they were all very dedicated," said event participant Lauren Chisholm.

Another person deeply connected to the camp is Southfield fire chief Keith growly. He’s the reason for Friday's outing. He died 2015, but his family is keeping his legacy alive.

His widow Mary Rowley explained "We did this because his greatest charity was the great lakes burn camp."

Mary Rowley says her late husband would be touched by the generosity of those in attendance today.

His daughter, Alyssa Rowley, agrees. "He would definitely make it more about him than himself. He would not take any pride and he would say 'This isn’t for me this is just all for the kids'."

As someone who benefited from this kind of generosity, Chisholm says she’s also moved by the people who came out to support the cause.

"It makes me smile and it makes my heart so happy because I know it’s going to a great cause."

For more information on how to help support Great Lakes Burn Camp, visit their website.