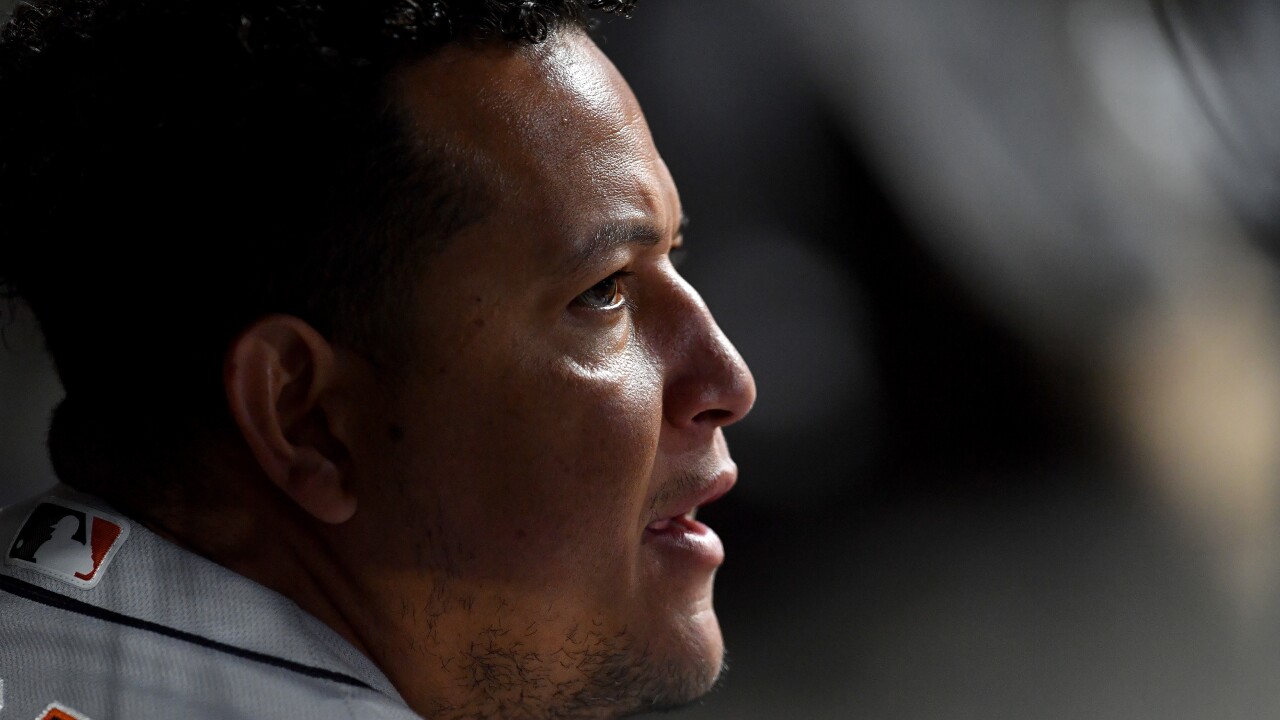 Cleveland has won 16 of 17 in the season series, with Detroit's only win coming on April 10 at Comerica Park. They play two more games against each other this year, Wednesday and Thursday at Progressive Field.

The Indians' longest single-season win streak over one team was when they beat the Baltimore Orioles 17 consecutive times from May 21-Sept. 6, 1954.

The Indians entered play trailing Minnesota by five games in the AL Central and were 1 1/2 games behind Tampa Bay for the second AL wild card.

Plutko (7-4) allowed two runs and four hits in his first win since he beat Detroit on Aug. 27. The right-hander is 4-0 in his career against the Tigers, including three victories this season.

Mercado hit a solo drive off Zac Reininger (0-3) in the second for his 12th homer. Jordan Luplow's pinch-hit triple in the third drove in two runs, and Roberto Perez also had two hits and two RBI.

Reininger started in place of Matthew Boyd, who is away from the team for personal reasons. Reininger was charged with four runs in two-plus innings,

Dawel Lugo homered in the fifth for Detroit. Victor Reyes singled in a run in the third.

OUT
Indians second baseman Jason Kipnis will miss the rest of the season with a broken right hand. He is expected to have surgery in the next few days.

Andrew Velazquez, called up from the minors to replace Kipnis, made a long run to catch Lugo's foul popup in the second. Velazquez hung on to the ball after banging into the stands. Kipnis, wearing a brace on his hand, clapped in the dugout following the play.

Velazquez, recalled from Triple-A Columbus before the game, struck out in all four at-bats. The 25-year-old was acquired from the Tampa Bay Rays on July 3.

SCRATCHED
Franmil Reyes was scratched as Cleveland's designated hitter because he's dealing with a family matter.

TRAINER'S ROOM
Tigers: 3B Jeimer Candelario (bruised triceps) was scratched, one day after being hit by a pitch.
Indians: LHP Brad Hand is scheduled to throw a bullpen session Wednesday. He hasn't pitched since Sept. 8 with what the team says is a tired arm.