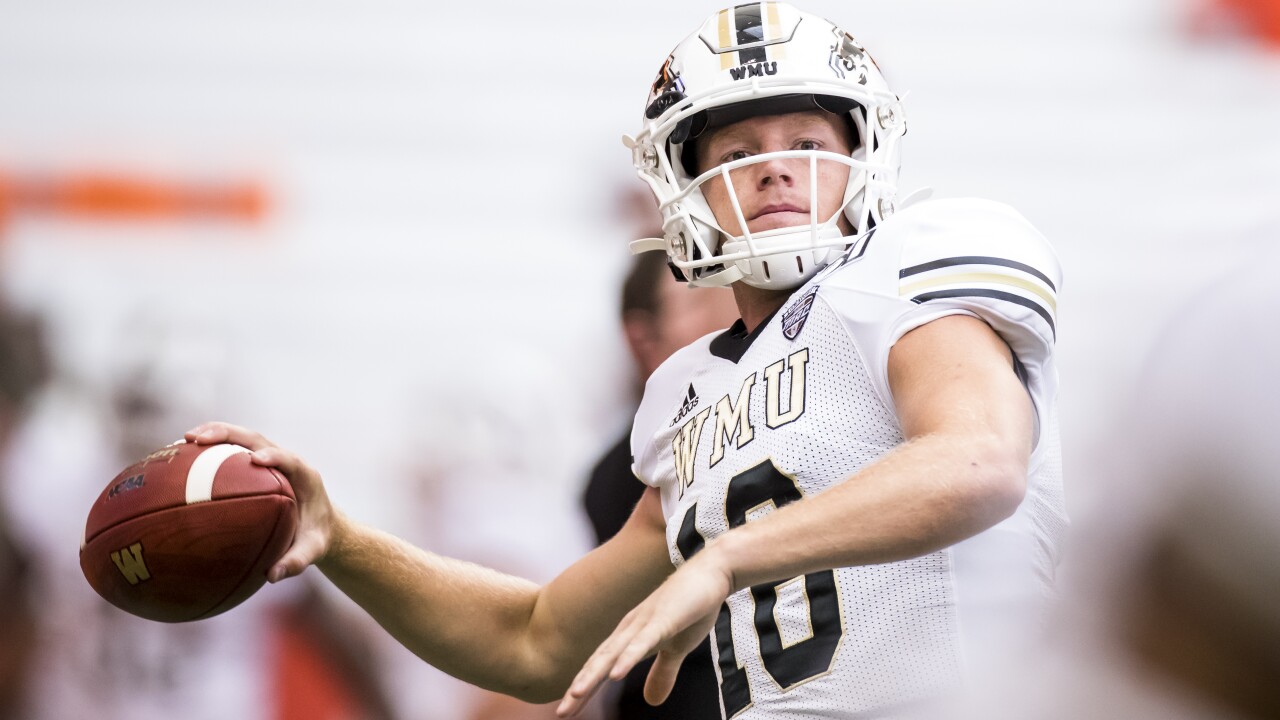 DEKALB, Ill. -- Tyrice Richie took a shovel pass in the Northern Illinois backfield, added an acrobatic flip over a would-be tackler near midfield and turned it all into a 71-yard touchdown to spark the Huskies to a 17-14 win over Western Michigan in the season finale Tuesday night.

Michael Love tossed a 7-yard scoring pass to Mitchell Brinkman midway through the fourth quarter to put the game out of reach.

Down 10-0 at intermission, LeVante Bellamy brought Western Michigan back with second-half touchdown runs of 6- and 16-yards.

The victory moves the Huskies to 4-4 in the Mid-America Conference in Thomas Hammock's first season as head coach at his alma mater. Overall NIU finished 5-7, with a string of four straight losses early in the season to Utah, Nebraska, Vanderbilt and Ball State.

Central Michigan can now clinch the MAC West and a trip to the MAC Championship Game with a win over Toledo Friday.

NIU finished with 250 yards of total offense in the game. Richie's 71-yard catch made up most of the team's 93-yard passing total.