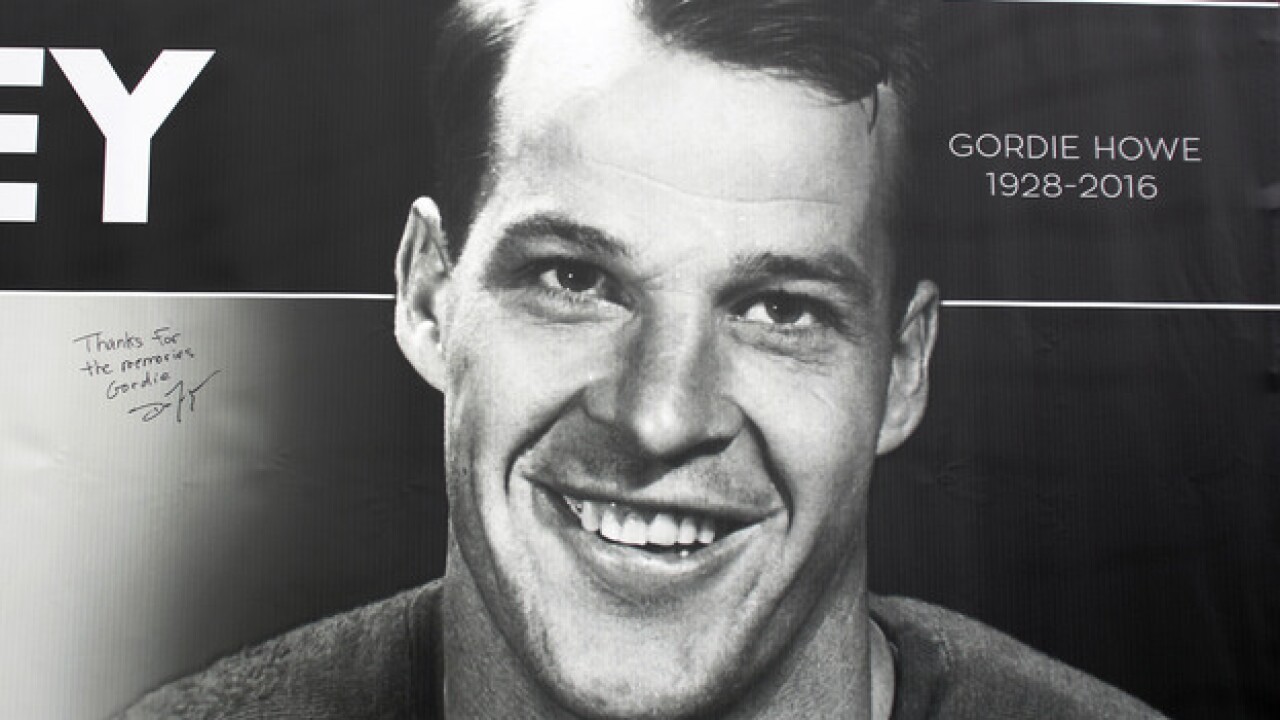 Copyright Getty Images
Bill Pugliano
<p>DETROIT, MI - JUNE 14: A banner showing legendary hockey Hall of Famer Gordie Howe that mourners and NHL fans can sign prior to his visitation at Joe Louis Arena June 14, 2016 in Detroit Michigan. Howe was known as "Mr. Hockey", played for the Detroit Red Wings for 25 years, and scored 801 goals in his career. His funeral service will be held June 15 at the Cathedral of the Most Blessed Sacrament in Detroit. (Photo by Bill Pugliano/Getty Images)</p>

With the Washington Capitals winning the Stanley Cup earlier this month, the players and staff will have their names inscribed on what some say is the best trophy in all of sports.

The Penguins were the last team placed on the bottom ring of the Cup after their win in 2017, according to The Hockey News, which means in 2018, a new ring will be added to the cup.

Instead of making the Cup larger, they take off the top ring and put a brand-new ring on the bottom of the cup.

The ring won't disappear, though. Instead, it will go on permanent display at the Hockey Hall of Fame in Toronto. Other names that will no longer be on the Cup include Maurice "Rocket" Richard, Bobby Hull and more.

According to The Hockey News, the Stanley Cup ran out of room for names in 1992 when it turned 100 years old. Instead of starting a new Stanley Cup, they decided to replace rings about every 13 years.