Westland woman fearful water, mud will come into her home from construction project nearby 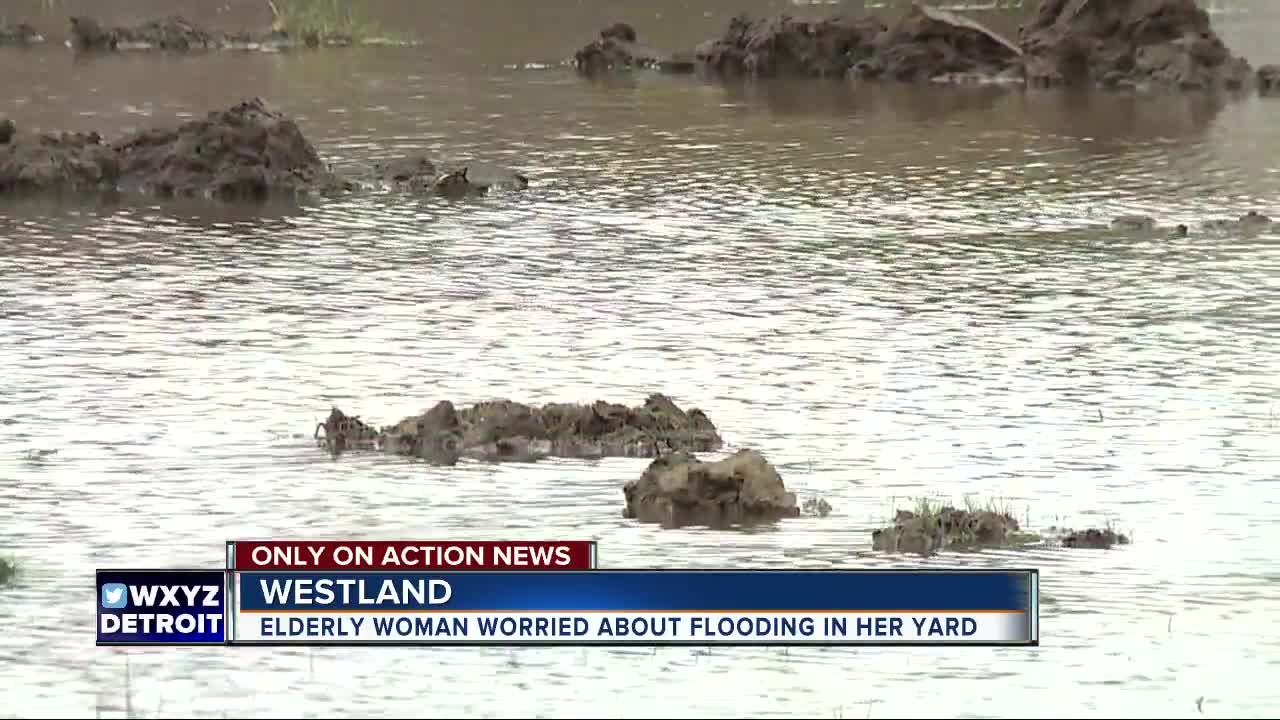 7 action news is taking action for you, after a woman sent an email worried about construction happening behind her home. She says she’s already dealt with a mudslide and flooding in her yard.

WESTLAND (WXYZ) — 7 action news is taking action for you, after a woman sent an email worried about construction happening behind her home. She says she’s already dealt with a mudslide and flooding in her yard.

Barbara Kazanjians, 81, says she's concerned the water and mud will continue to creep closer and closer to her home because of the construction. She’s a widow and she’s tried to get help before with no answer.

"Well, they flooded the park and it’s coming into my yard and I’m afraid it’s going to flood my house," Kazanjian said.

We are on our way to get answers for an 81 year old widow in Westland who’s dealing with flooding issues and mud in her backyard. She says it’s because of work being done on the open property.
We are taking action and getting answers. #wxyz pic.twitter.com/1OYhmxpRIZ

The Westland resident has been dealing with water and mud in her backyard for weeks now.

"When they started building they dug and hit water and it’s been flooded ever since," Kazanjian said.

She says it’s construction work behind her home that's causing all the problems.

"Before that there was a mudslide over there that I had to have dug out. In fact I’ve got a snow shovel holding the mud back," Kazanjian said.

We reached out to the contracting company to try and get answers. Our calls went to voicemail.

We also called Westland Mayor Bill Wild to see what he can do. The Mayor said he was going to come out and take a look with some help and see what can be done.

We got an answer for 81 year old Westland woman afraid water and mud will come into her home. She says construction work nearby is causing all sorts of problems.
Wait until you see whats going on behind her house at 10 @tv20detroit 11 @wxyzdetroit pic.twitter.com/nEfBgndrSm

Mayor Wild says the land was purchased from Livonia. The land used to be a school, then transformed into a walking path. Now homes will be built.

Kazanjian says she just wants to keep the water and mud out of her yard.