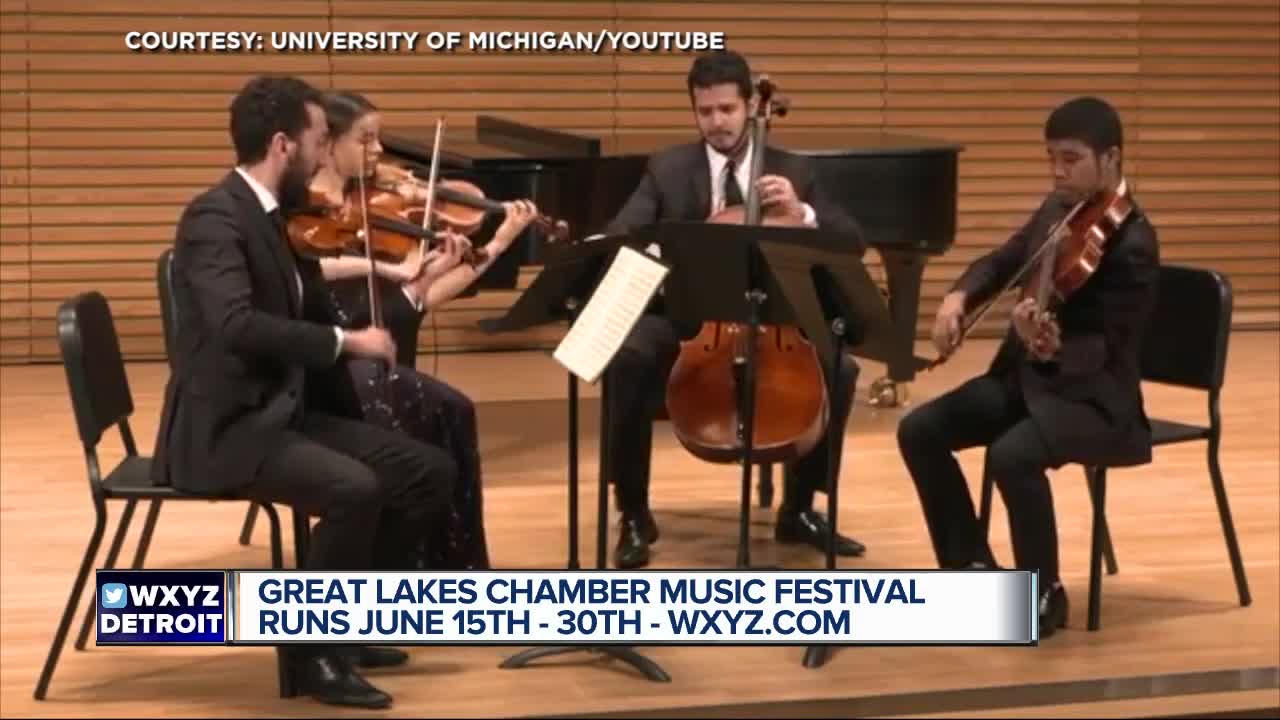 (WXYZ) — The Great Lakes Chamber Music Festival is celebrating its 26th anniversary with an international array of artists bringing the best of chamber music to metro Detroit.

With a roster of musicians earning 16 Grammy Awards and over 20 nominations, a MacArthur Genius Fellowship, approximately 50 pressed albums, three Avery Fisher Grants and a Fischoff National Chamber Music Competition win, the 2019 Festival is shaping up to be the most prestigious and successful in the organization's history.

Each June, the Festival offers just over two weeks of performances, with the goal of bringing a diverse group of people together to celebrate chamber music and to cultivate intimate musical conversation. Taking place from June 15-30, this season features a number of previous participants as well as new and exciting performers in beautiful venues across metro Detroit, with Paul Watkins, the Welsh-born cellist of the Emerson String Quartet, once again serving as Artistic Director.

Watkins leads the 2019 Festival, which includes a performance of all 16 of Beethoven's String Quartets by the Emerson String Quartet; the Festival debut of one of opera's leading sopranos, Christine Goerke; the return of violinist Leila Josefowicz, who recently received an Avery Fisher Prize to accompany her MacArthur Fellowship; and a multi-day residency with Eighth Blackbird, considered by many to be the world's best contemporary ensemble whose roots began with the Festival. These are only a handful of the features of the 2019 Festival, which will consist of over 20 performances in 16 days.