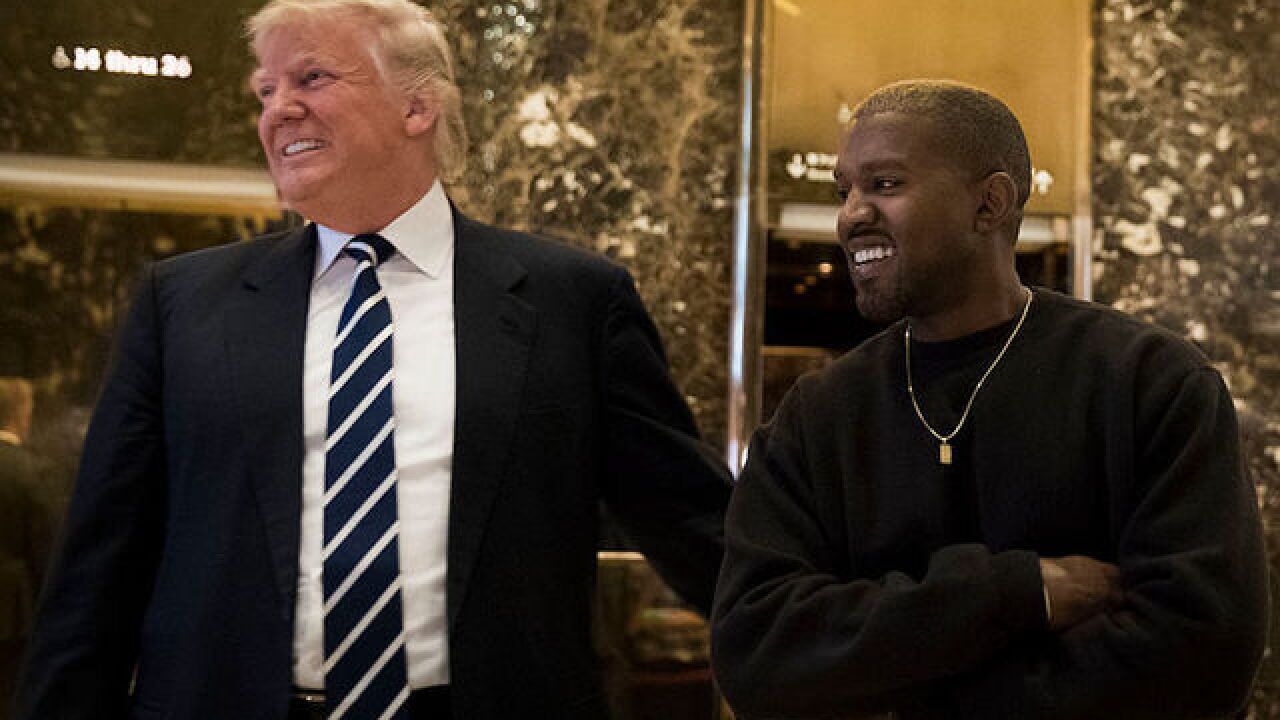 Kanye West will meet with President Donald Trump and his son-in-law Jared Kushner at the White House on Thursday.

West will have lunch with the President at the White House and meet with Kushner, according to White House spokeswoman Sarah Sanders. The New York Times first reported news of the meeting.

West's visit to the White House falls in line with Kushner's efforts at criminal justice reform. West hopes to discuss two key issues during his visit at the White House: job opportunities for ex-convicts and ways to increase manufacturing jobs in and around his hometown of Chicago.

Other topics of discussion will include prison reform, how to prevent gang violence and reducing violence in Chicago, Sanders said.

West's visit follows two visits by his wife Kim Kardashian West, who has met with Trump at the White House and successfully secured a presidential pardon for a woman who was serving a life sentence in prison over non-violent drug charges.

The visit comes after West stoked controversy by wearing a "Make America Great Again" hat during an appearance on "Saturday Night Live" and delivering a pro-Trump speech on set.