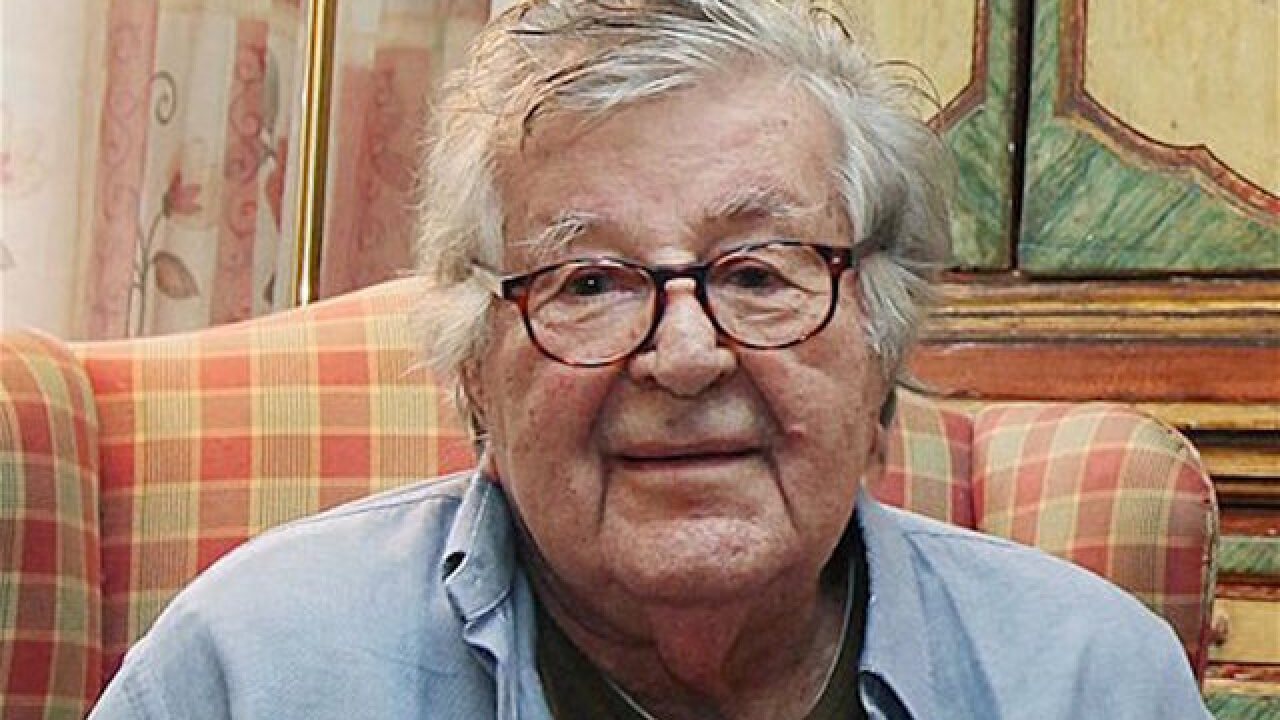 WARSAW, Poland (AP) — Gene Gutowski, a Polish-American Holocaust survivor who was the producer of three films by director Roman Polanski in the 1960s and reunited with him decades later for the Oscar-winning Holocaust drama, "The Pianist," has died. He was 90.

Gutowski's son, Adam Bardach, told The Associated Press that his father died of pneumonia on Tuesday at a hospital in Warsaw.

The Gutowski-Polanski collaboration in the 1960s resulted in the 1965 psychological horror film "Repulsion," starring French actress Catherine Deneuve, followed by "Cul-de-Sac" (1966) and "The Fearless Vampire Killers" (1967), films that brought Polanski to Hollywood.

Years later Polanski credited Gutowski with launching his international career, calling him "one of the most important figures in my existence."

Gutowski was the son of a cultured and assimilated Jewish family in eastern Poland but saw his youth shattered by World War II and the loss of his family in the Holocaust. Immediately after the war he worked for U.S. military intelligence hunting Nazis in postwar Germany, and emigrated to the United States in 1947.

A talented artist and sculptor, Gutowski worked as a fashion illustrator in New York before he took up film production. He led a jet-setting playboy lifestyle for many years that took him across Europe, to Hollywood and the Virgin Islands, with six wives and many lovers along the way, a life story he tells in a memoir, "With Balls and Chutzpah: A Story of Survival."

For several years he was also was a consultant to Saudi arms dealer Adnan Khashoggi. Following the fall of communism in eastern Europe he returned to Poland, spending his latter years in Warsaw.

Gutowski and Polanski met in 1963, shortly after Polanski had made his breakthrough film, "Knife in the Water," a Polish-language production that gained him acclaim and an Oscar nomination — but still no eager supporters for his next film.

At the time Polanski was 30 and lived in France, speaking no English. Gutowski, who was living in London, was hugely impressed by the talent of his fellow Pole and persuaded him to go to London and make a film in English, pushing for something "shocking" that would test the limits of the censors. The result was "Repulsion."

Gutowski was born Witold Bardach on July 26, 1925, in Lwow, Poland (today Lviv in Ukraine). He came from a family of lawyers, doctors, concert pianists and army officers, a family so assimilated that they celebrated Easter and Christmas and never attended synagogue.

After his mother was sent to the death camp of Belzec, young Witold knew he couldn't survive if he stayed in Lwow. So he made his way to Warsaw alone and struggled to survive by passing as an "Aryan." His father was killed by the Germans while his beloved younger brother, Roman, died when an uncle poisoned himself and the 13-year-old boy in the final days of the Lwow ghetto.

For a time Gutowski worked for the Luftwaffe at Warsaw's Okecie airport, stealing radio transmitters for the Polish underground, an activity that nearly got him killed.

When he was being hunted by the Nazis for stealing the radio equipment he was given shelter by his Polish girlfriend's mother. She provided him with the documents of a worker, Eugeniusz Gutowski, who had died in an accident.

After making a name for himself as Gene Gutowski he never considered returning to his original name, though the youngest of his three sons, Adam Bardach, eventually took it. A filmmaker, Bardach has documented his father's wartime experiences in a 2014 film, "Dancing Before The Enemy: How a Teenage Boy Fooled the Nazis and Lived."

After their professional collaboration in the 1960s, Gutowski and Polanski parted ways professionally but remained friends. They eventually reunited to produce the 2002 film "The Pianist," the wrenching Holocaust drama that mirrored the wartime experiences of both men. (Polanski escaped the Krakow ghetto and also survived by passing as a non-Jew, while his mother died in Auschwitz.)

Gutowski told the AP in 2014 that he and Polanski never discussed the war, saying he always felt it was a taboo topic. In his memoir he also described denying his Jewish roots and distancing himself from other survivors.

"When on occasion I was asked point-blank by either Polish or Jewish former (concentration camp) inmates if I was Jewish, I would deny it, thus creating a duality of existence which I have maintained for most of my life," he wrote. "It's not something I'm particularly proud of. Through denying it I have obviously tried to block off the past, the deep pain of losing my entire family and the subconscious guilt of being the sole survivor."

So distanced was he, in fact, that once while producing a TV series in the 1950s he thought it would be funny to march a group of actors dressed in German army and SS uniforms into a Jewish deli in New York during a lunch break. He was run out of the place by furious customers, some of them Holocaust survivors.

He said making "The Pianist" was "a personal catharsis."

"Watching crowds of terrified helpless people being pushed into a train to the gas chambers recalled the last journey of my entire family in the summer of 1942," he wrote. "And thus 'The Pianist,' a film crowned with three important Oscars, was also in many ways the crowning moment of my life."

He is survived by wife Joanna Smaga-Gutowska, his companion of 16 years; sons Andrew Gutowski, an architect; Alexander Waugh, a yacht captain; Bardach, and four grandchildren and three great-grandchildren.

Bardach said the family had not yet made funeral arrangements.