These are the most-congested stretches of freeway in metro Detroit 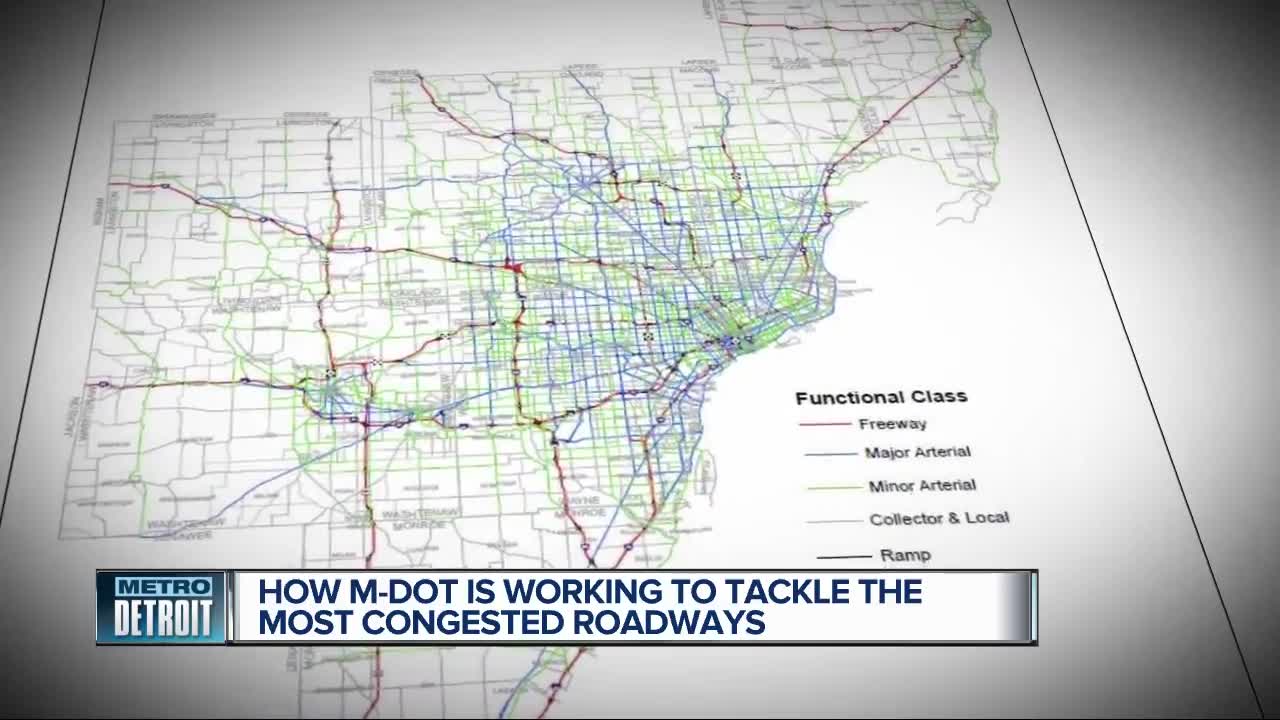 We are taking action to help you get around metro Detroit. We know one issue is traffic. It isn’t just a hassle. Congested roads are dangerous, causing health problems and accidents.

(WXYZ) — We are taking action to help you get around metro Detroit. We know one issue is traffic. It isn’t just a hassle. Congested roads are dangerous, causing health problems and accidents.

We took a look at data from the South Eastern Michigan Coalition of Governments (SEMCOG) to identify the most congested stretches of freeway in metro Detroit.

The biggest problem spot is I-94 in Detroit’s Midtown area. It's a stretch of freeway you take as you head to and from downtown to the Lodge, I-75 and I-96.

“It takes me from Livernois to here, which is not even a mile and a half, half an hour to get to work,” said Fred Boumelhem, of 94 & Trumbull Auto Care.

Michigan Department of Transportation Spokesperson Rob Morosi points out the I-94 and the Lodge interchange is the first freeway interchange built in the nation - back in the 1950s.

We asked him what is being done to improve it?

“We’re working tirelessly to get sign-off from the feds to begin final design,” said Morosi.

Morosi said right now MDOT is lining up what needs to be done so the project is eligible for federal funding. It is hard to determine how long it will take. If all goes as planned we could see work done to modernize that stretch of road by 2023 or 2024.

The next most congested stretch of freeway is the area of I-75 and I-696 in Hazel Park. There, drivers get on I-75 from I-696 and are forced to merge in with drivers trying to exit onto Eleven Mile. MDOT says there should soon be relief there.

“In the future we will lengthen that ramp from I-696 to 75 to improve congestion and safety,” said Morosi.

The third most congested stretch of Freeway in metro Detroit is at Southfield Freeway and Warren in Detroit. The entrance ramps are short in that area and force traffic to merge, often before they get up to speed. As Tony Emokah found out, it can lead to crashes.

“He smacked straight dead into the back of my car. I had my three children in the back which are three, four and one,” said Emokah.

Fortunately her children were okay. Now she doesn’t go on the Southfield at all during rush hour.

MDOT says it is not yet working on a plan to modernize the Southfield due to limited resources, but eventually it will need to be done.

Doctors say the work is important. Not only does traffic lead to accidents, it can impact the health of people who live or work near the most congested roads.

“The pollution in the air can lead to asthma exacerbations and in the long term lead to new diagnoses of asthma,” said Dr. Noah Halpern, an Emergency Medicine resident at Beaumont Health.

We are committed to covering stories on your transportation challenges. If you have a story we should cover e-mail us at gettingaround@wxyz.com, the Getting Around Metro Detroit Facebook group or reach out to 7 Action News Reporter Kim Russell on social media.