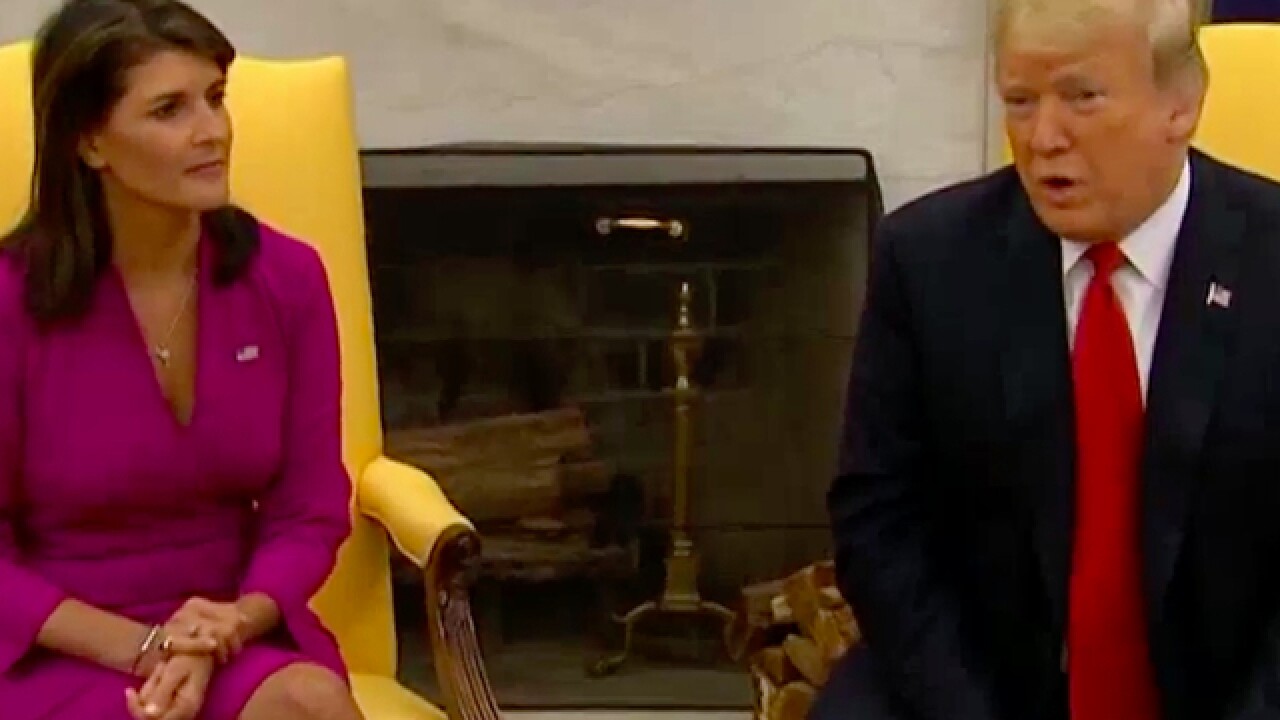 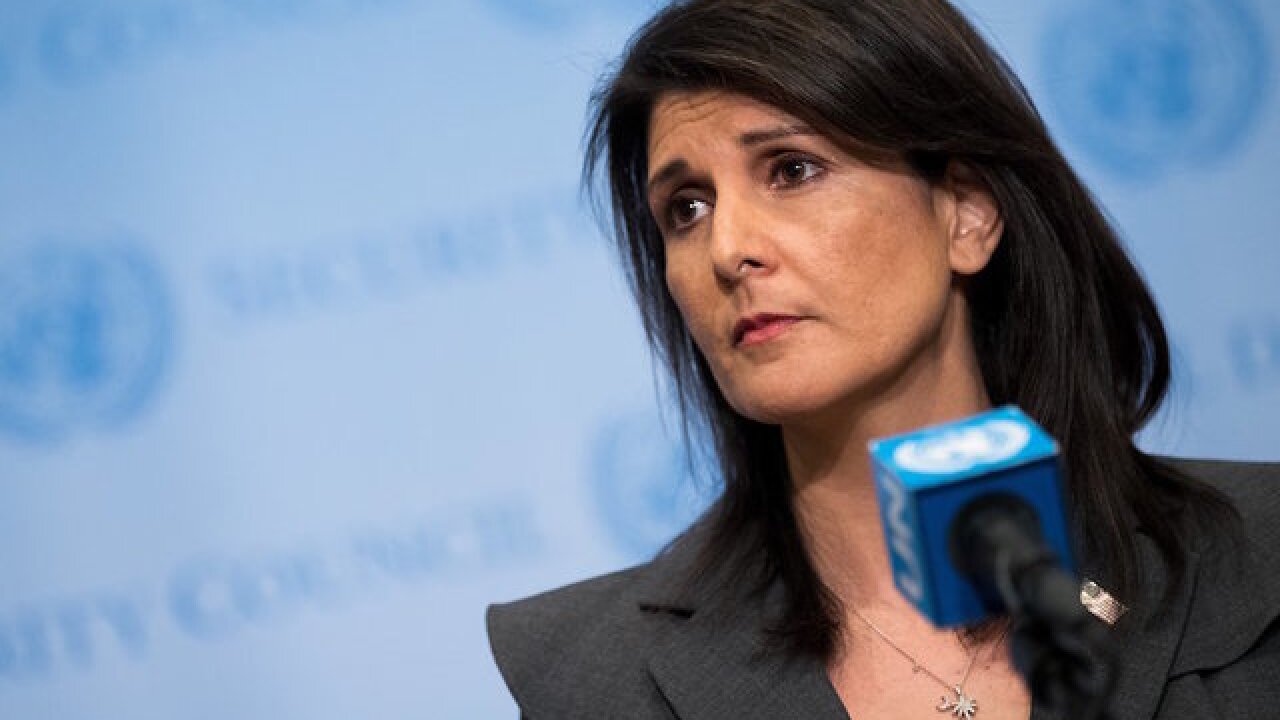 US Ambassador to the United Nations Nikki Haley will leave her position at the end of 2018, President Donald Trump announced from the Oval Office today.

He would be happy to have her back in any capacity, he said during the announcement. The President said she told him 6 months ago that she wanted to leave at the 2-year mark.

Haley called having the position "an honor of a lifetime."

During today's announcement, she addressed rumors she might run for President of the United States in 2020. Haley said she will not be doing that and she will be campaigning for Trump.

The President did not announce any potential successors for the ambassador position. He said many people want to do it.

When asked if she would take the job by then-chief of staff Reince Priebus, Haley was intrigued but had some conditions.

First, she told Trump she wanted to be a member of the Cabinet and the National Security Council, privileges enjoyed by her predecessors in the Obama administration. Perhaps most importantly, she wanted the latitude to be herself, to say what she wanted.

"I said 'I am a policy girl, I want to be part of the decision-making process,'" she told CNN in a 2017 interview, recalling the conversation with Trump. "He said, 'done.' And I said, 'I don't want to be a wallflower or a talking head. I want to be able to speak my mind.' He said, 'That is why I asked you to do this.' In all honesty, I didn't think they were going to take me up on everything I asked for. And they gave me all that. So how do you turn that down?"

During her more than a year-and-a-half on the job, she has repeatedly spoken her mind, whether it's going further on human rights than many of her administration colleagues or denouncing racism at home.