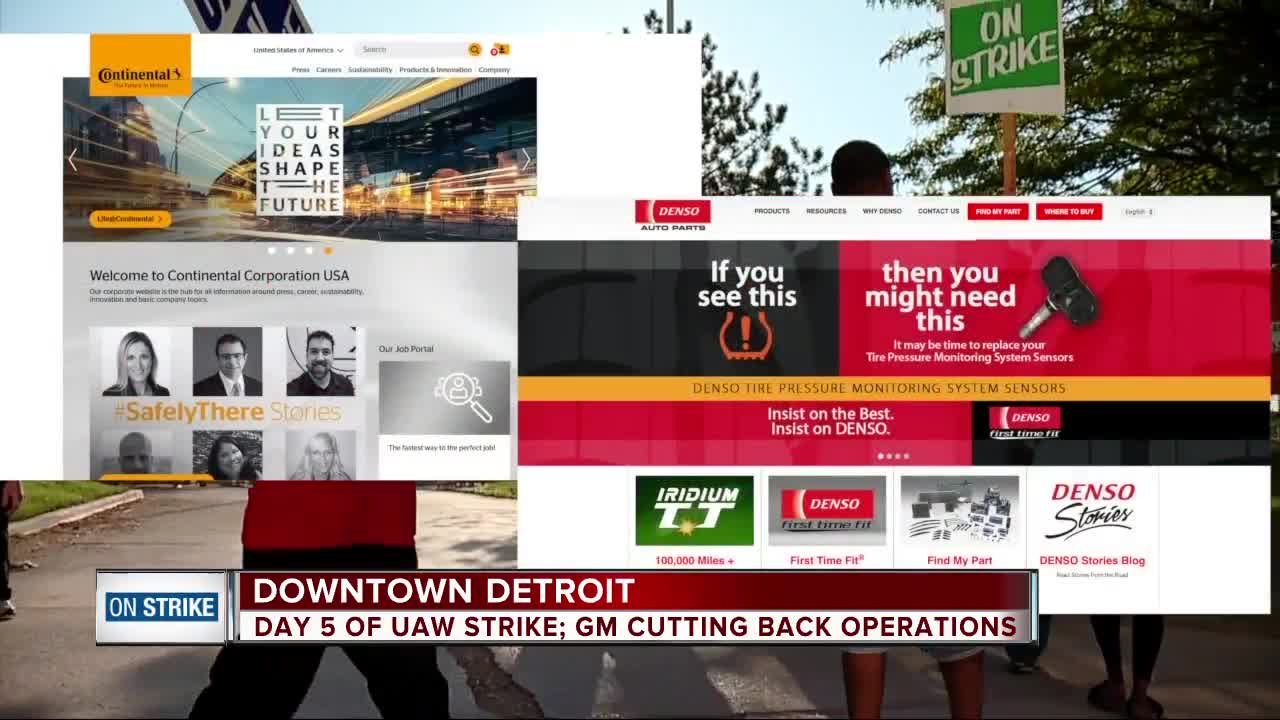 A toxic cocktail of chemicals in our tap water could lead to cancer – that’s according to a new study by the Environmental Working Group.

DETROIT (WXYZ) — Every GM car and truck built has some 30,000 parts. That’s where outside suppliers are involved.

All are close to or starting to feel the effects of the UAW strike now into day 5.

Bill Adler is President of Stripmatic in Cleveland that makes parts for suspension systems for hot-selling GM SUVs and Pickups.

He says, “Our next shipment will be reduced by 50% starting next week.”

He says they’ve increased sales and are not forced to make any layoffs of employees, just cut overtime.

But he also says, “This is going to be day to day, week to week until you know we see any movement with the negotiations.”

Other suppliers like Nexteer which makes steering systems in Saginaw has said they must reduce their workforce in the coming days.

Continental AG and Denso have said they are monitoring the situation and will adjust production as needed.

Some analysts have said GM is losing $50 to $100 million a day during the strike. The suppliers will also feel the financial pinch.