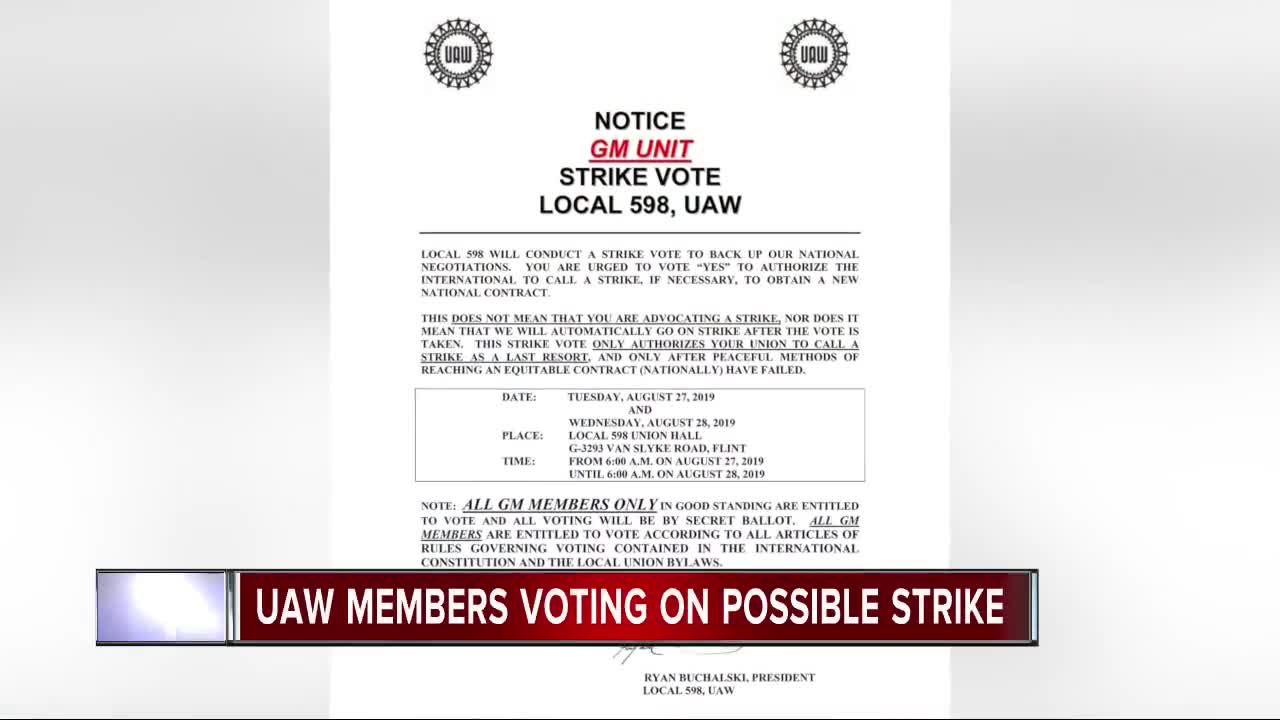 (WXYZ) — A strike authorization vote is being held at United Auto Workers locals across the country.

The vote comes as the union is launching contract talks with the Big 3. Union leaders and the heads of Fiat Chrysler, General Motors and Ford have already held the ceremonial handshakes to mark the start of contract talks.

During the events surrounding those handshakes, union officials said they considered this their "make up year" where they would recoup some of what they agreed to give up as Chrysler and GM wen through bankruptcy. They say the automakers need to share the wealth as they make big profits over the last few years.

Resulta of the strike authorization vote are expected by the weekend. Once those results are known, union officials will pick a "strike target" from among the Big 3.

Once that decision is made, that company will become the focuse of negotiations, in the hopes the UAW can come to an agreement with that company that can be used as a model in their negotiations with the two remaining automakers.