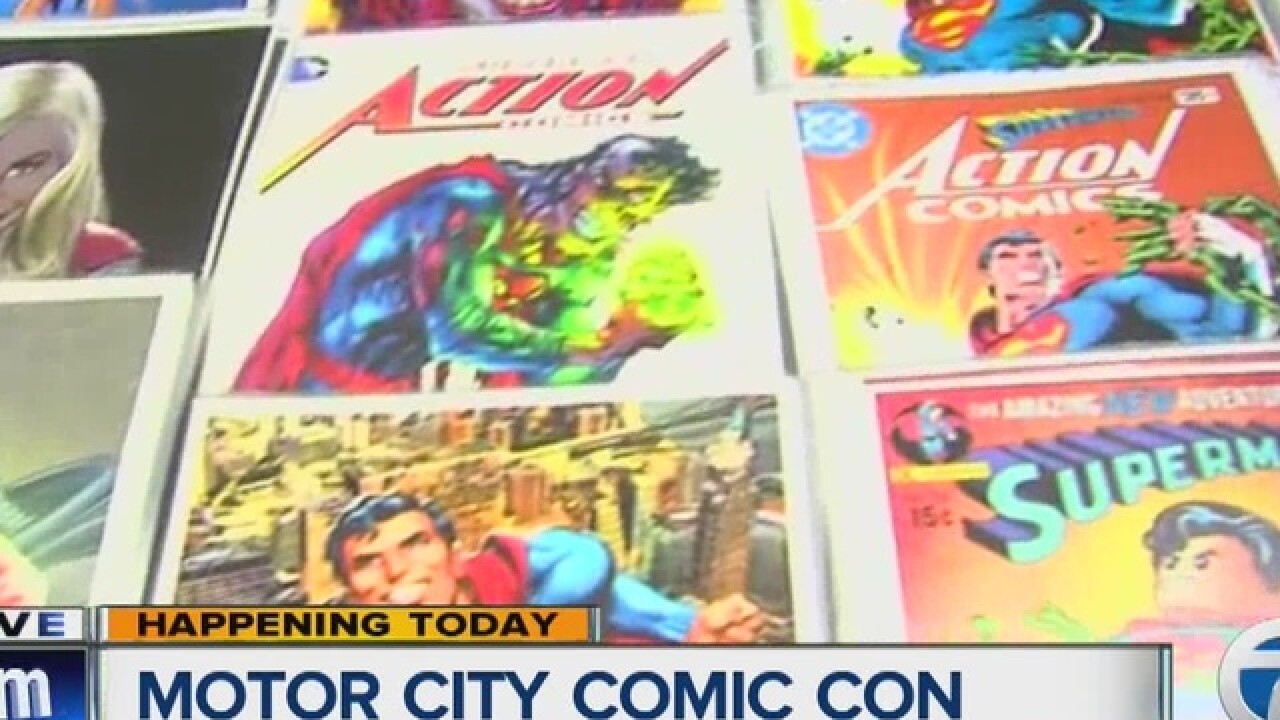 This year’s event saw 55,000 fans over the span of the three day event. This is an overall 10 percent increase from last year’s attendance.

Comic lovers and super hero fans gathered at the Suburban Collection showplace in Novi which hosted 42 media guest as well as 239 comic guests 149 exhibitors and 29 crafters over the weekend.

The guest list included star of the HBO original Game of Thrones, Lena Headey and characters from AMC's The Walking Dead.

This year was the 27th anniversary of the Motor City Comic Con.

There were over a million comics for sale - along with collectible toys, anime, movies and more.