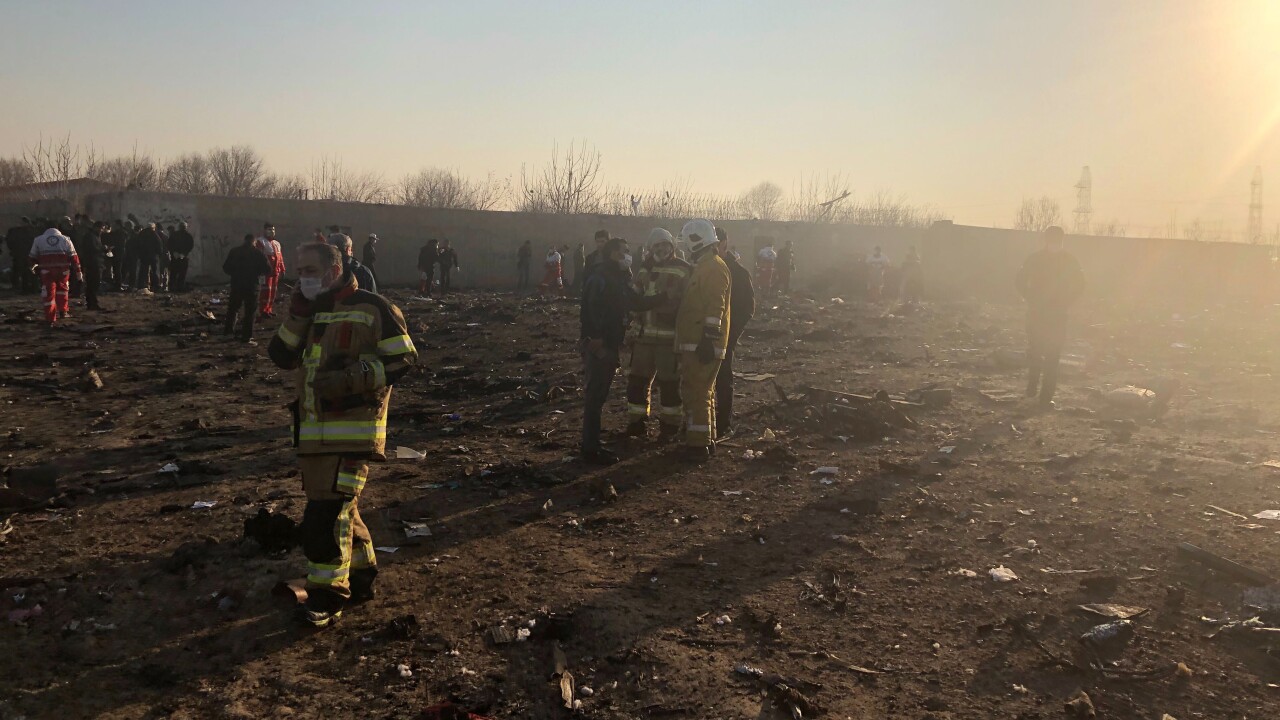 (WXYZ/AP) — The University of Windsor, right across the border from Detroit, said that at leave five students were killed in the Ukrainian Air plane crash that happened near Iran's capital.

“The entire University of Windsor is heartbroken by this news and we extend our heartfelt condolences to the family, friends, and colleagues of everyone impacted by this terrible tragedy,” President Robert Gordon said in a release. “At this very difficult time we will support each other as a university family and will provide counselling and additional support services to anyone on campus in need.”

The Ukrainian passenger jet carrying 176 people crashed just minutes after taking off from the Iranian capital's main airport, turning farmland on the outskirts of Tehran into fields of flaming debris and killing all on board.

Iranian officials said they suspected a mechanical issue brought down the Boeing 737-800 aircraft. The Ukrainian Embassy initially said they did not believe the crash was terror related, but later pulled that statement.

"Information on the causes of the plane crash is being clarified by the commission," the embassy said, according to CNN.

Canadian Foreign Minister François-Philippe Champagne says he's been in touch with the government of Ukraine since the crash. He called it tragic news and said Wednesday that Canada's "hearts are with the loved ones of the victims, including many Canadians."

CNN reports that Iran will not hand over the black boxes containing flight information over to the United States or to Boeing. Iran says it has no obligation to provide the information to the U.S. under international aviation law.

Commercial airlines are rerouting flights crossing the Middle East to avoid possible danger amid escalating tensions between the United States and Iran.

The U.S. Federal Aviation Administration has barred American pilots and carriers from flying in areas of Iraqi, Iranian and some Persian Gulf airspace.

Analysts say that changed flight plans are expected to inconvenience as many as 15,000 passengers per day and lengthen flight times by an average of 30 to 90 minutes.