6 people, including toddler, hospitalized after house fire in southwest Detroit 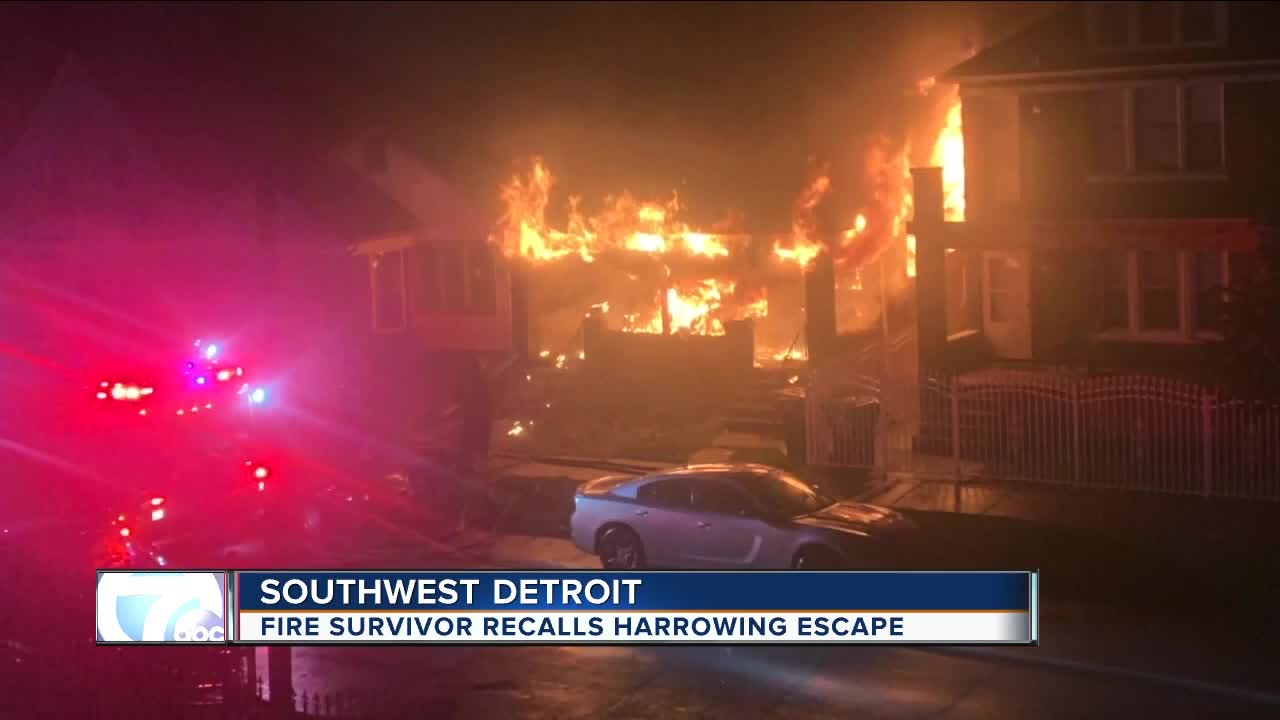 Multiple people were taken to the hospital Thursday morning after a house fire in southwest Detroit. 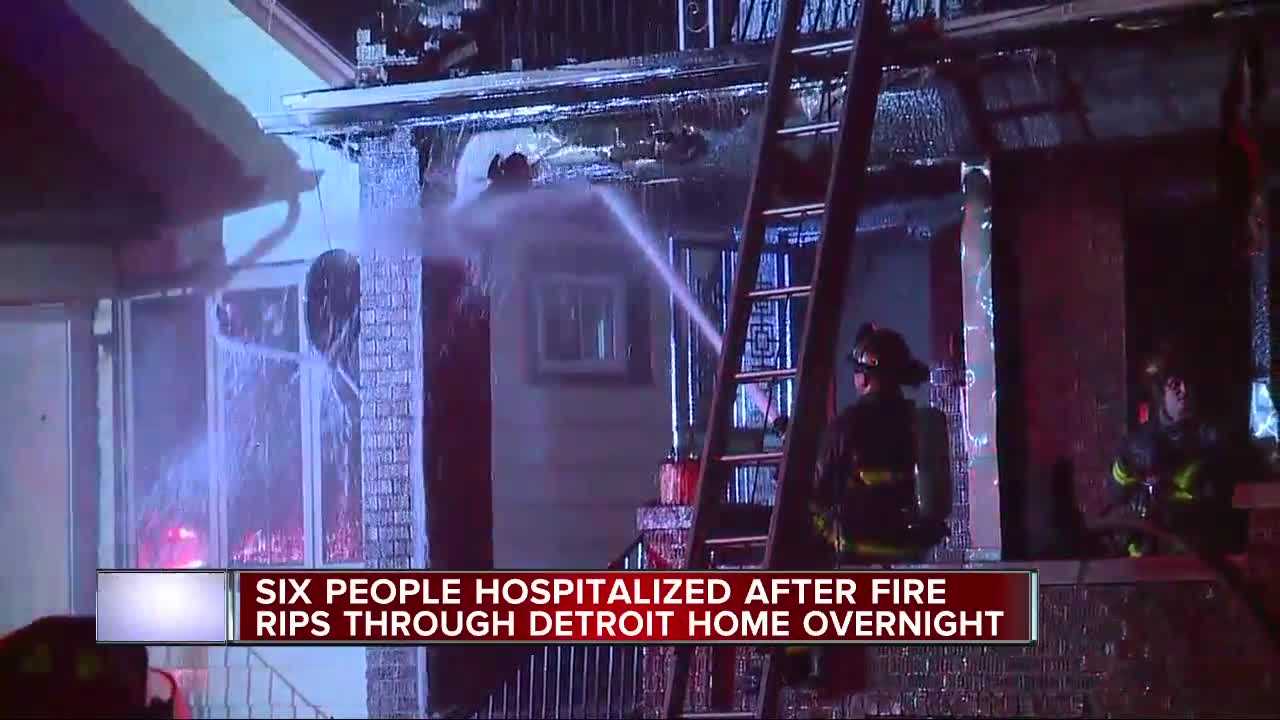 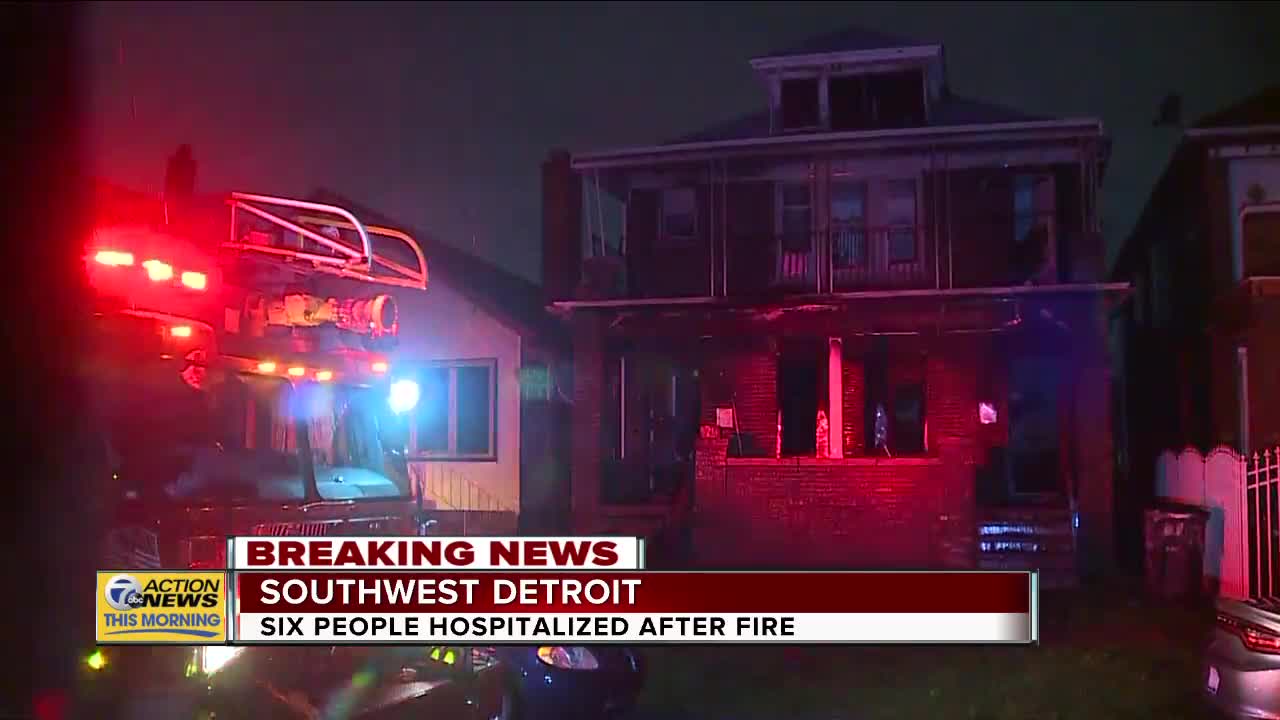 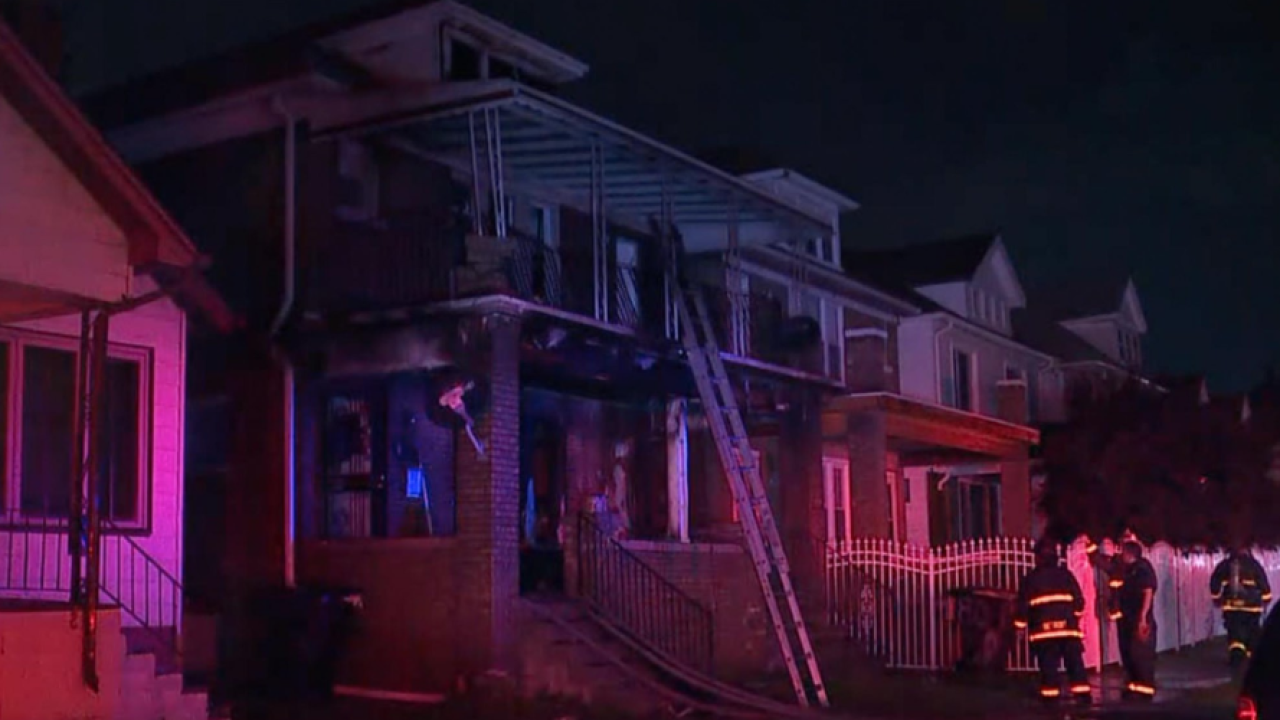 DETROIT (WXYZ) — Multiple people were taken to the hospital Thursday morning after a house fire in southwest Detroit.

John Walker said he was one of them and suffered second degree burns to his neck and ear.

“It was seven minutes of hell,” Walker said.

He said the fire started in his unit on the first floor.

A total of six people – five adults and one 2-year-old – were taken to the hospital.

All are expected to be okay, according to crews at the scene. However, Walker said his sister-in-law is recovering at the hospital.

Neighbors stepped in to help save everyone inside the 2 family flat. @wxyzdetroit https://t.co/GhMxKRubVZ pic.twitter.com/UajgWkJwx6

"She's not able to breath on her own,” Walker said. “They have to put a tube down her throat to help her at least [breathe].

Firefighters were called to the city's southwest side just before 2 a.m. in the area of Whittaker and Vernor Highway.

There is heavy damage to the two family flat. The devastation is widespread on the bottom and the top floor.

According to people living in the neighborhood, six people live on the lower level and 11 live on the upper level of the two family flat.

Fire officials say the fire may have been caused by candles. The power is out in this neighborhood https://t.co/tdEw2Yr2ne @wxyzdetroit https://t.co/CLsdiRVlZr pic.twitter.com/ukrjeUMGzf

Neighbors say they did what they could to get everyone out, including pulling a woman out of the home.

Fire crews and Walker said the fire may have been caused by a candle.

Walker said severe weather knocked out power to the residence.

There were animals inside the house at the time. Walker said one of his dogs died in the blaze.

He said he lost everything in the fire and doesn’t know how he will recover.

"Nothing... everything is gone,” he said. I mean memories are gone in just seven minutes from a spark."