85 pounds of marijuana seized from truck on Ambassador bridge 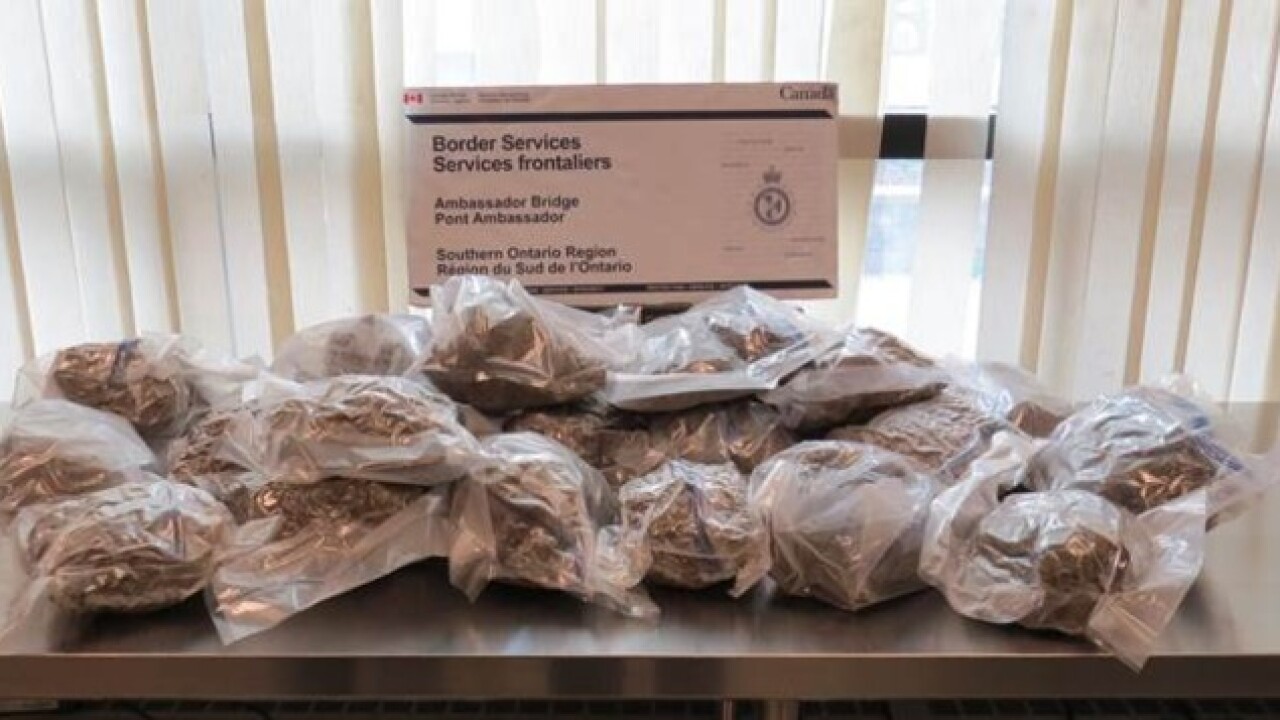 The officers seized about 85 pounds of suspected marijuana from a truck at the Ambassador Bridge.

On July 27, a commercial truck driver was sent for an additional examination. During that inspection, suspected marijuana was found in the truck's cab, police say. The 40-year-old male driver was placed under arrest and the drugs were placed in RCMP custody.

The man, who is from Markham, Ontario is being investigated for importation offenses, authorities say.

Despite the fact that cannabis (marijuana) will become legal and regulated in Canada in the near future, it will remain illegal to take cannabis across international borders, whether you are entering or leaving Canada.