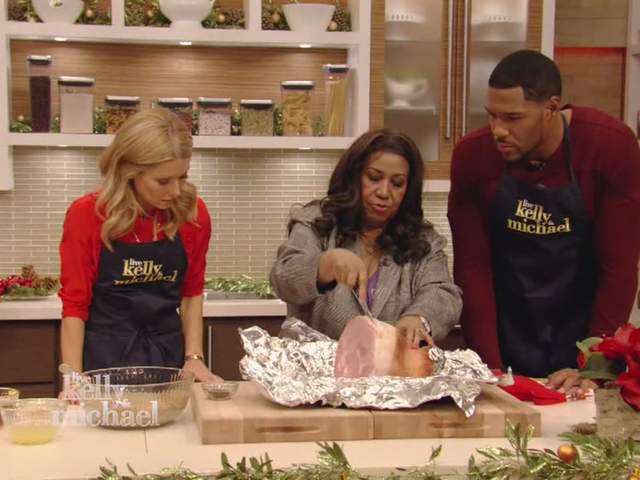 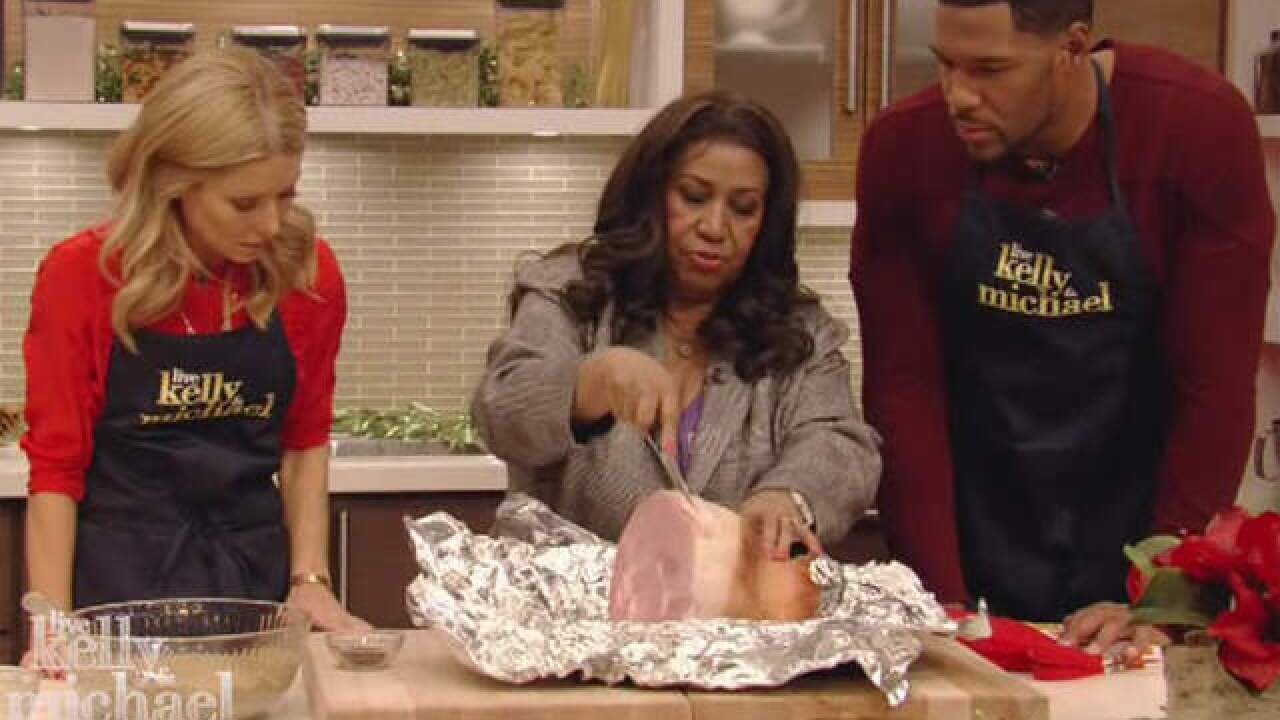 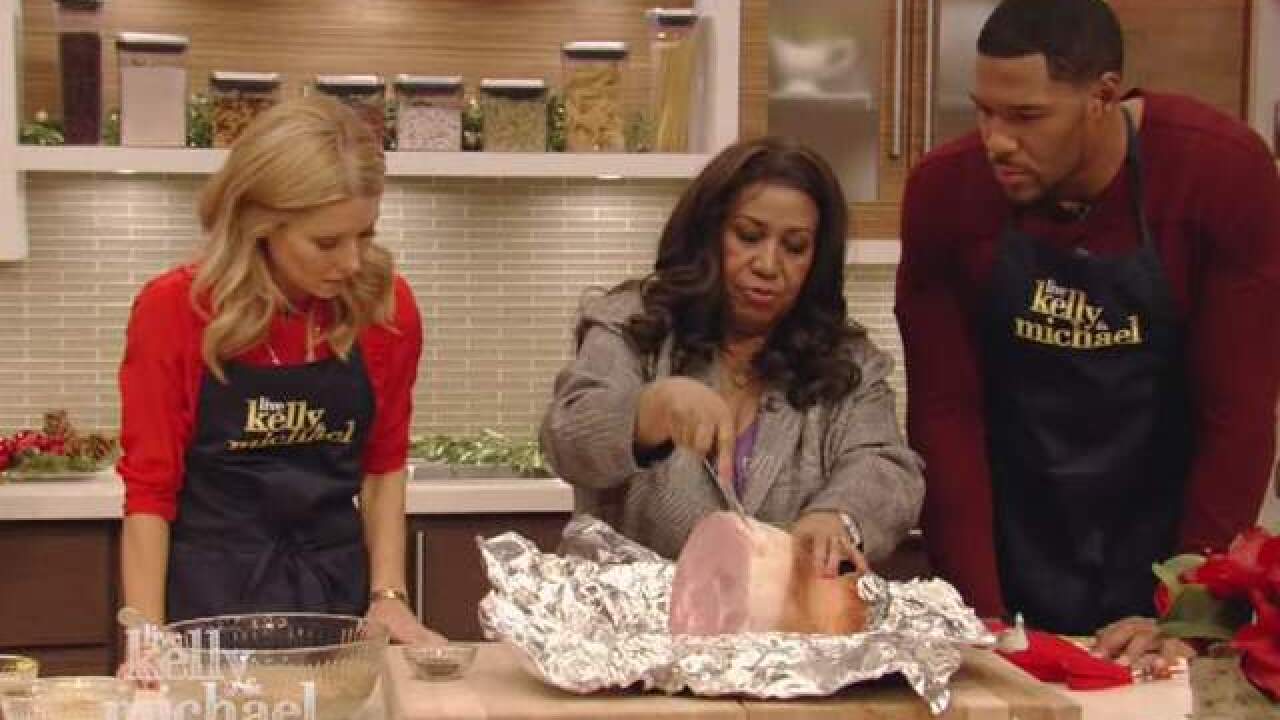 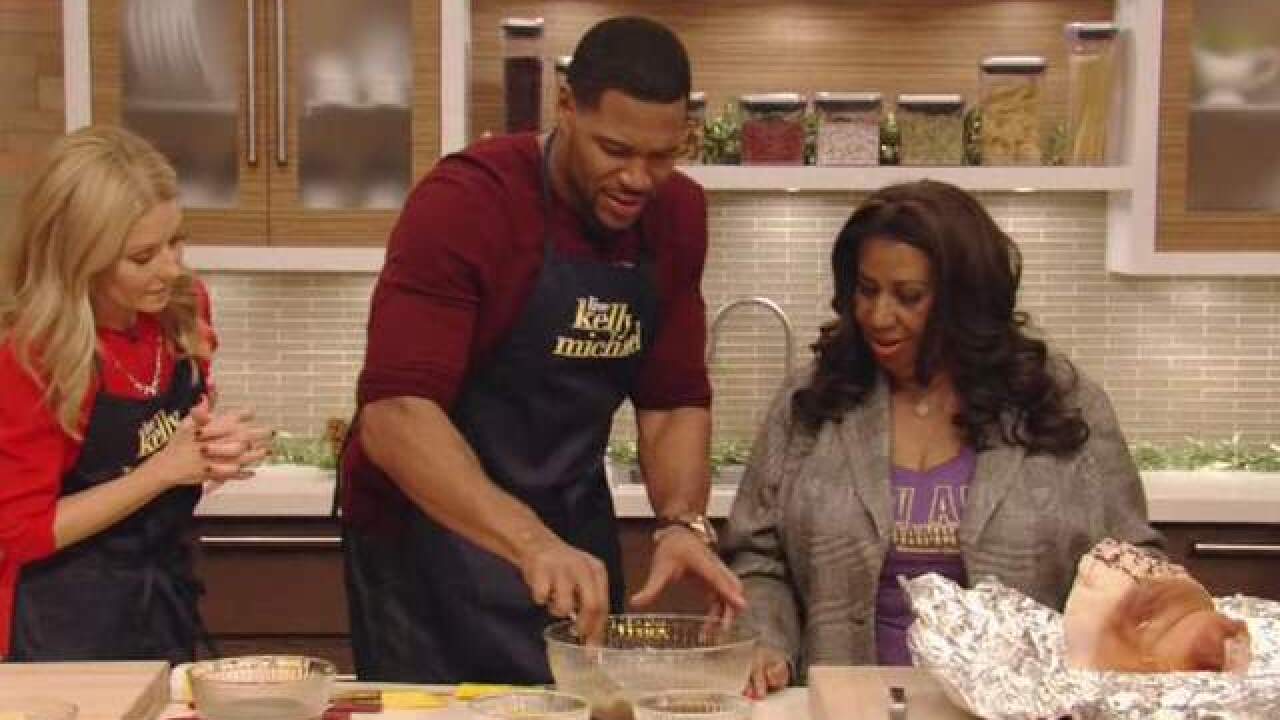 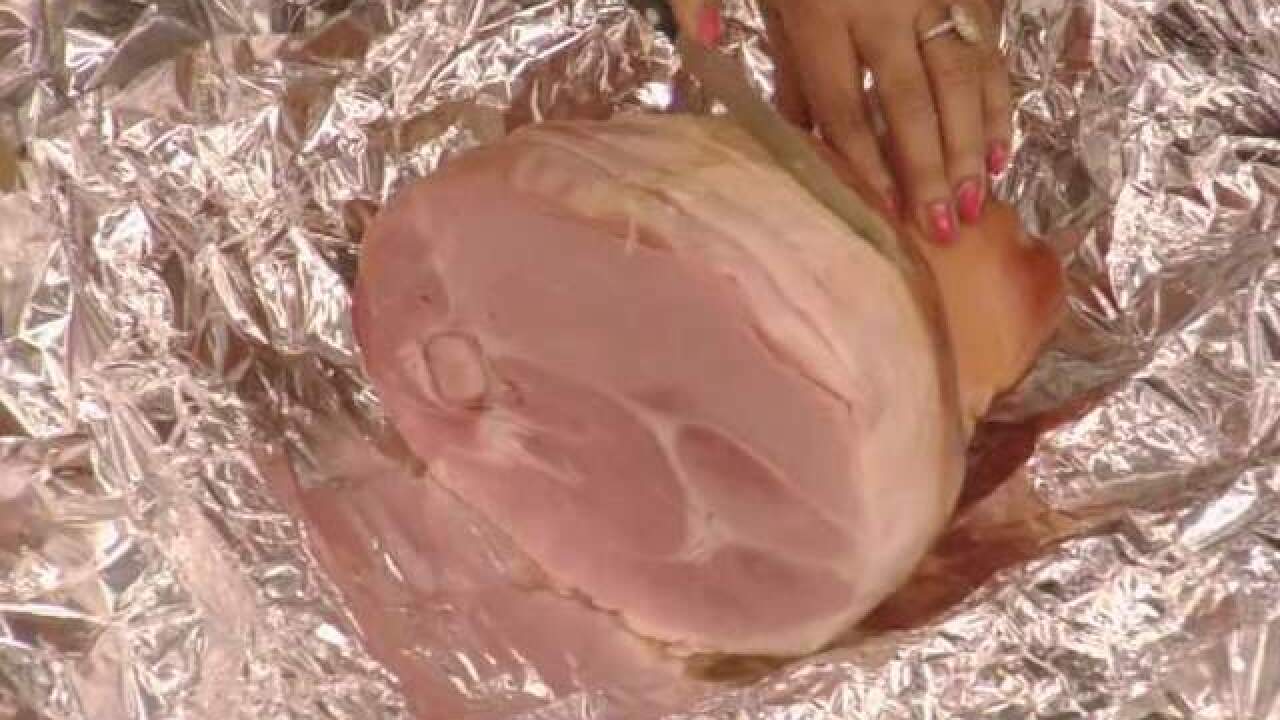 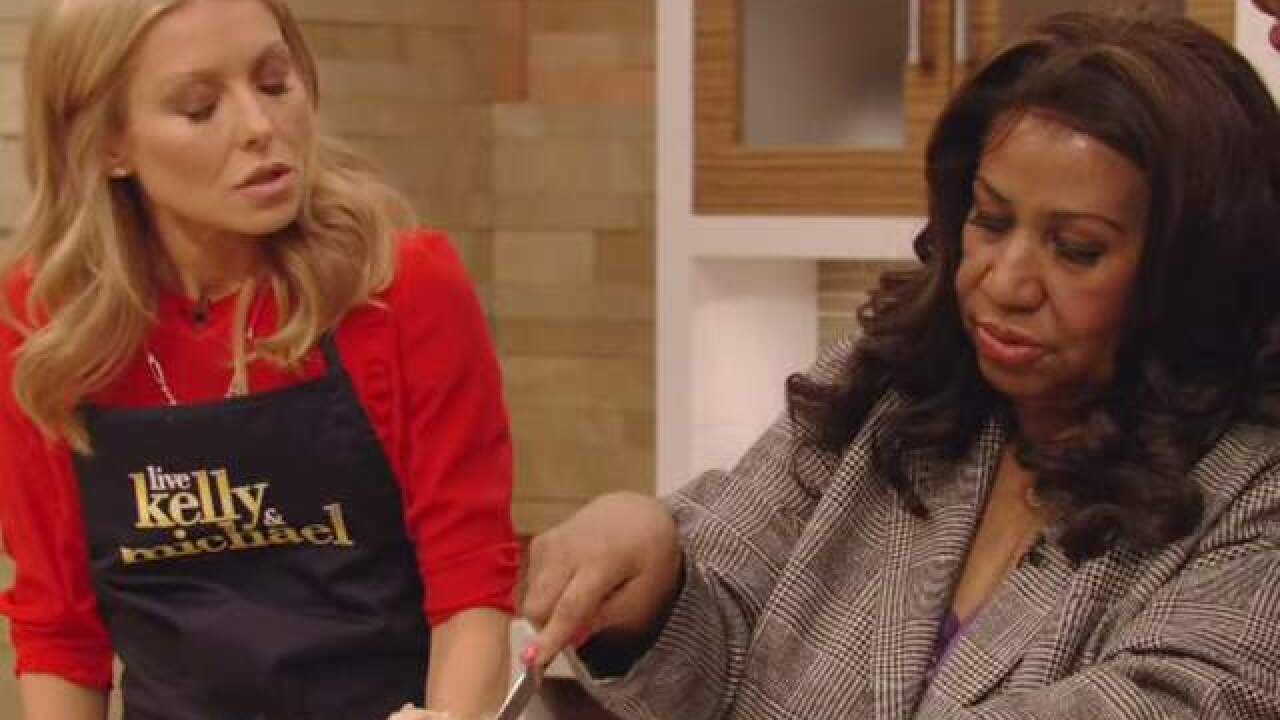 Queen of Soul Aretha Franklin appeared on the 'LIVE with Kelly and Michael' Christmas Eve special to perform and share her ham recipe.

Franklin called the recipe, "Re Re's Christmas New Bethel Ham," and told hosts Kelly Ripa and Michael Strahan that it is named after the Detroit church where her father was pastor for more than 38 years.

"This is the way the ladies at the church do it," Franklin said as she prepared the ham during the show.

Her recipe involved a glaze that featured Vernors ginger ale and Franklin made sure to point that out to the audience.

While they were cooking, hosts Ripa and Strahan asked the Queen of Soul what she listens to while she works in her own kitchen. Franklin said the O'Jays and Luther Vandross are favorites.

DIRECTIONS:
Put the ham in a baking dish and cut into the fat on the top of the ham one inch in. Sweat the ham in oven for 20-25 minutes with the cloves inserted in between the scored sections.

Remove ham from the oven to cool.

Mix the brown sugar, yellow mustard, ginger ale and pineapple juice. Pour over the ham and cover with aluminum foil.

Remove from the oven, sprinkle with coconut and add pineapple slices and maraschino cherries. Serve.