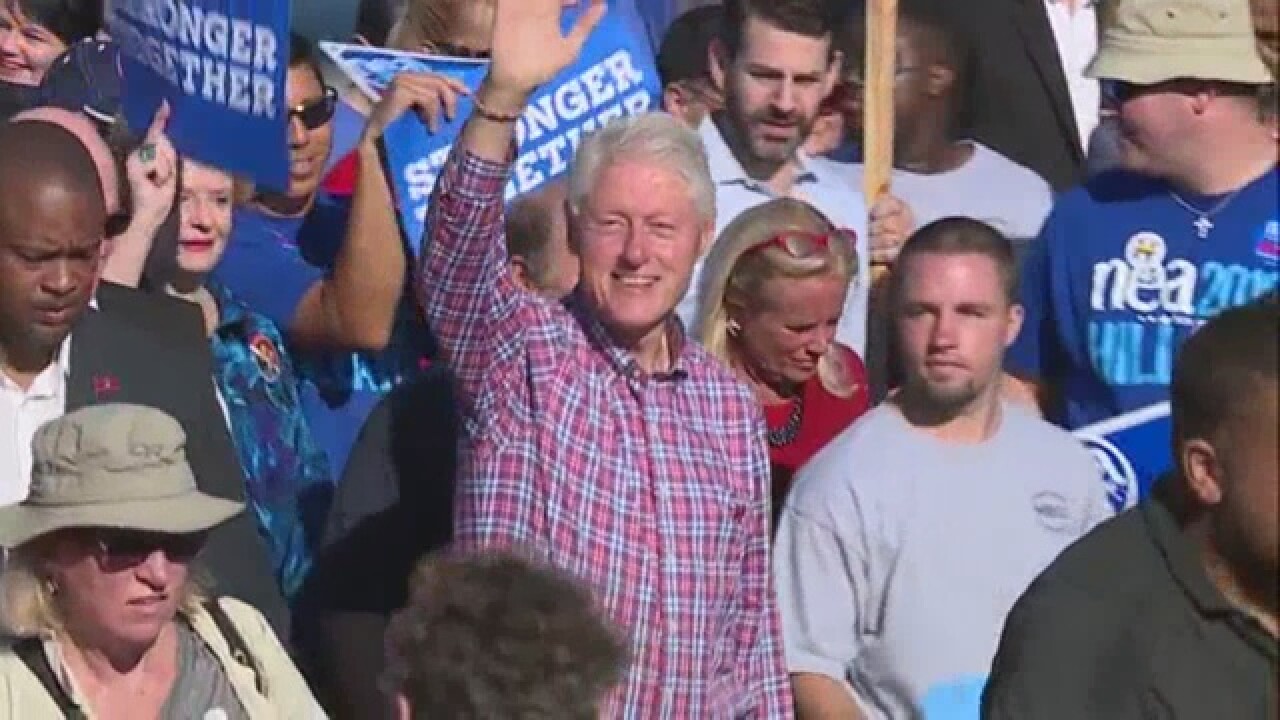 Former President Bill Clinton is visiting Detroit today to join in on Labor Day festivities in the city.

Mr. Clinton kicked off the morning by marching in the annual parade, campaigning for his wife, Democratic presidential candidate Hillary Clinton.

Mrs. Clinton has talked about the working class and securing the vote of the unions as she looks toward the November general election.

Former President Clinton walked alongside members of organized labor in the parade. The theme this year: “your vote is your choice.”

Both President Obama and Vice President Joe Biden have marched in the same parade in the past.

While Mr. Clinton is here in Detroit, Democratic candidate Hillary Clinton will be in Cleveland with her running mate Tim Kaine participating in Labor Day festivities there, campaigning and trying to secure the votes of union workers.

The Democratic hopeful was in Warren last month to speak on economic growth and jobs.