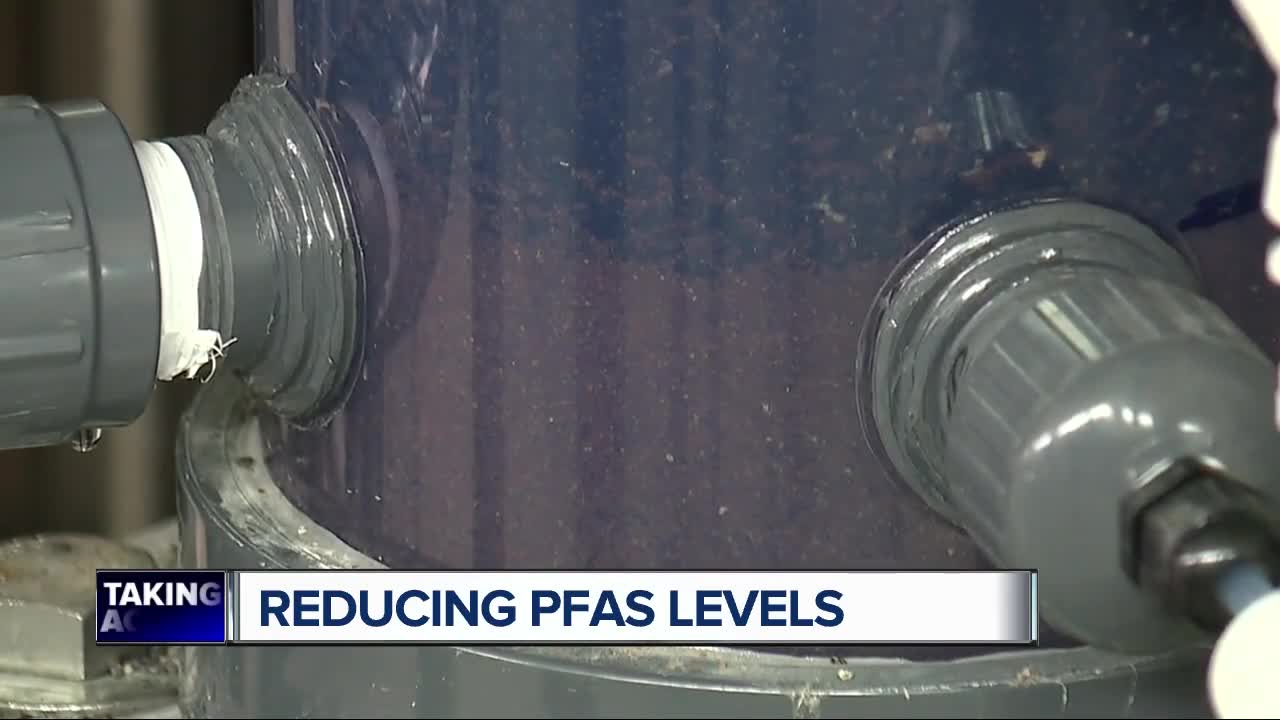 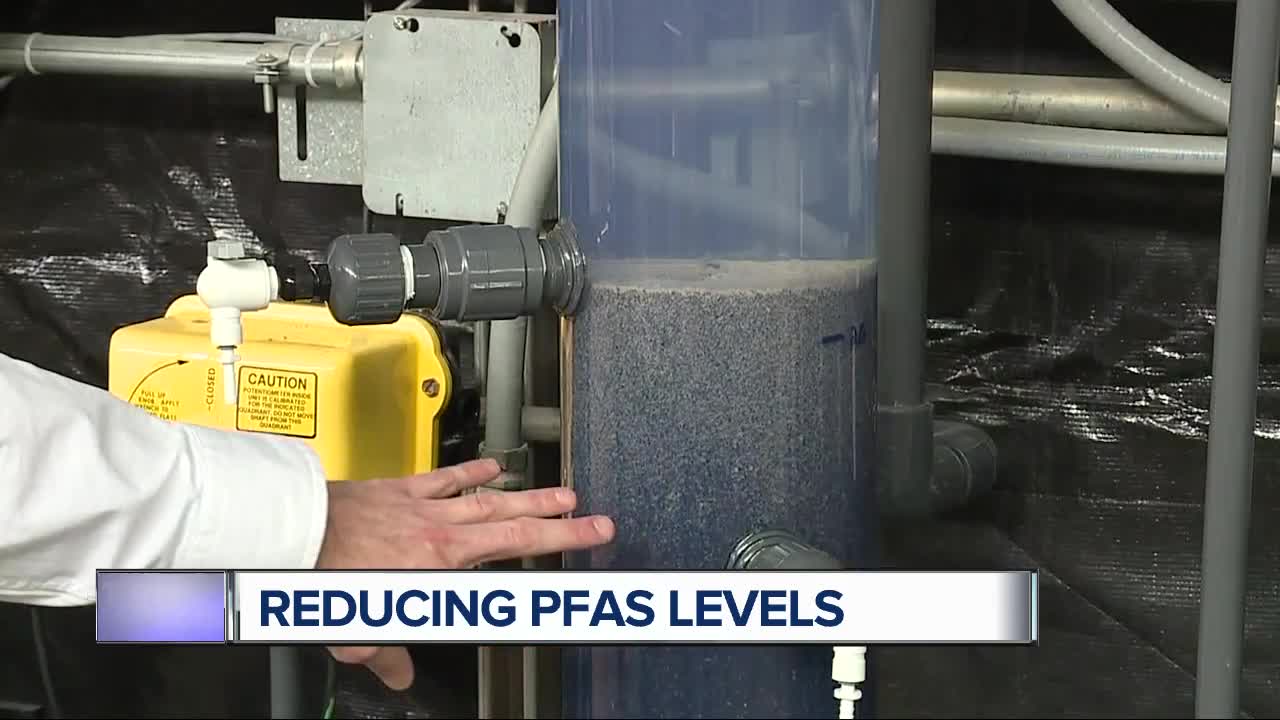 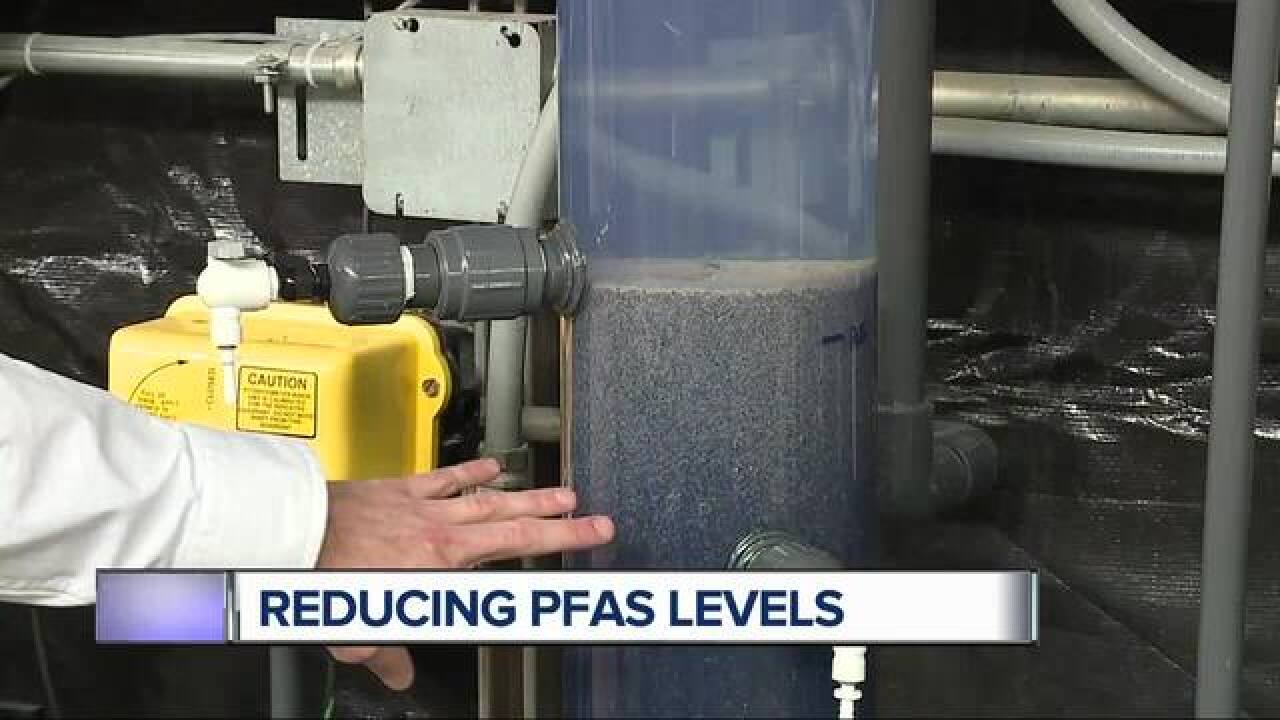 As trace amounts of PFAS are found in more and more Michigan communities and drinking water supplies, questions remain as to whether higher standards are needed.

A bill which would lower the legally enforceable hard limit of PFAS in public drinking water to 5 parts-per-trillion has sat in the House National Resources Committee of the Michigan Legislature for 11 months.

Since then, a report from the CDC was published for public comment that indicated the minimum level of risk is roughly six times lower than the EPA standard being used across the state.

That’s important because PFAS found in water is being treated differently by a variety of entities, and that includes schools in metro Detroit.

While some testing on the west side of the state, and in Oscdoa, has led to state entities rushing to provide bottled water and filters — others are simply being monitored as smaller amounts of PFAS are found.

In testing done by the state PFAS was found at Glengary Elementary School in Walled Lake, Emerson in Ann Arbor and at the northwest campus of Oakland Technical School. All three schools use well water. Each had levels below the Environmental Protection Agency’s lifetime health advisory level of 70-ppt; but two had levels above recommendations found in that recent CDC report which indicates the safe level is 7ppt for PFOS, and 11ppt for PFOA.

“(We’ve) worked with the authorities on the water at Glengary Elementary throughout this water testing process and we have been transparent with our parents, staff and community about all of the proactive steps we have taken,” said a spokesperson for Walled Lake Schools. “We have been cleared on every level to use the water at Glengary.”

Inside Glengary Elementary School, water stations were brought in after an initial test indicated a 20-ppt level of PFOA — one of the two chemicals counted toward that 70-ppt level that the EPA recommends. A letter went home to parents, and the state followed up with a second test that indicated a level of 18-ppt. Moving forward they plan to do testing, but at this time the all clear sign was given.

At Emerson School, they’ve tested PFAS at a level of 15ppt in September, but none of the most dangerous type of the chemical (PFOS, PFOA). The testing led to the installation of water coolers in the building — they too are below the current standard set by the EPA, but have left the coolers inside the building for students.

According to the head of Emerson, the MDEQ has retested the school’s well and they’re awaiting results — but he noted that a second well which didn’t show any signs of PFAS is still in use. They, like Glengary Elementary, have kept in contact with parents throughout the process.

“Based on the latest information, we'll be weighing the most effective means of filtering, which could including filtration of the entire Lower School well,” said John Huber.

Finally, at the northwest campus of Oakland Technical School, the school determined the levels (12 ppt, 8ppt combined PFOS and PFOA) were low enough to proceed without change. The numbers were, however, posted to the school’s website.

While schools on a well system wait for their next test results, larger public water groups are under the spotlight too. In Ann Arbor, the city recently invested $850,000 to swap out 26 carbon filters in an attempt to filter PFAS more than they have to date.

The one-time cost isn’t the only charge; they’re estimating their annual cost to change filters will grow from $160,000 to $350,000 moving forward as they work to lower their levels. A decision the city approved after looking at testing their water treatment plant workers performed on a single filter.

“I think they made the right decision,” said Brian Steglitz, the plant manager. “The community is supportive of council protecting public health because this is what it’s all about.”

Following the water crisis in Flint, more and more attention has been paid towards water. At the same time, science is evolving and enabling water industry experts to see water on a microscopic level, which in return brings concerns with toxic chemicals like PFAS.

The work that’s being done in Ann Arbor now is expected to bring down the level of PFAS in the city’s drinking water even further. They’ve always been below the EPA standard, but concern peaked when testing in 2014 showed water with a level above 40ppt.

In recent months, they’ve gotten the level down between 10-20 on random testing, but with the new work to put in a different type of carbon filter the goal is to be reliably below 10 ppt. That will involved in changing filters more regularly.

While the work being done is working in Ann Arbor, Steglitz stressed that the real issue will be prevention and remediation in nature; because while work can be done to improve water through filtration it does little for issues in lakes and rivers that continue to cause concern. Previously, a “Do Not Eat Advisory” was issued for fish along the Huron River where the city of Ann Arbor draws most of it’s water. Up North a “Do Not Eat Advisory” was enacted for deer near the Wurtsmith Air Force Base.

Whether the state of Michigan determines to lower the level of PFAS allowed in public drinking water depends on a number of factors -- the House Bill that has sat for 11 months could still come up for further discussion, but the legislature is now heading into a lame duck session.