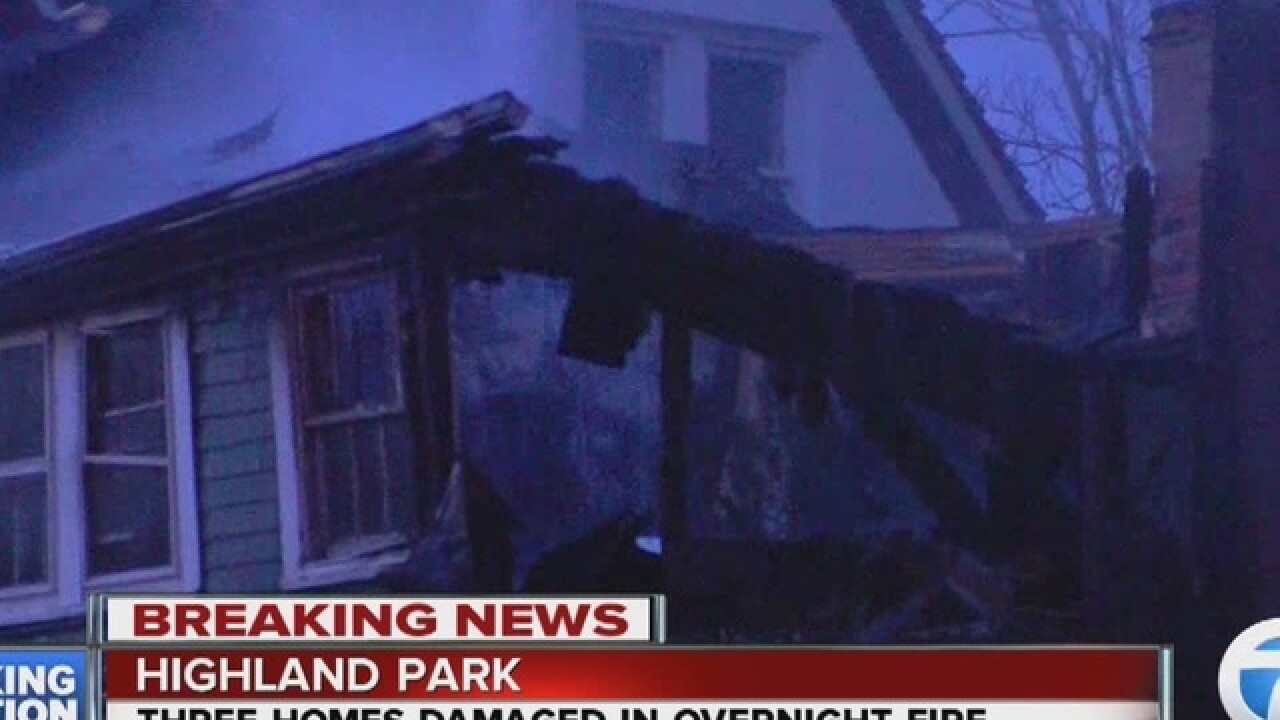 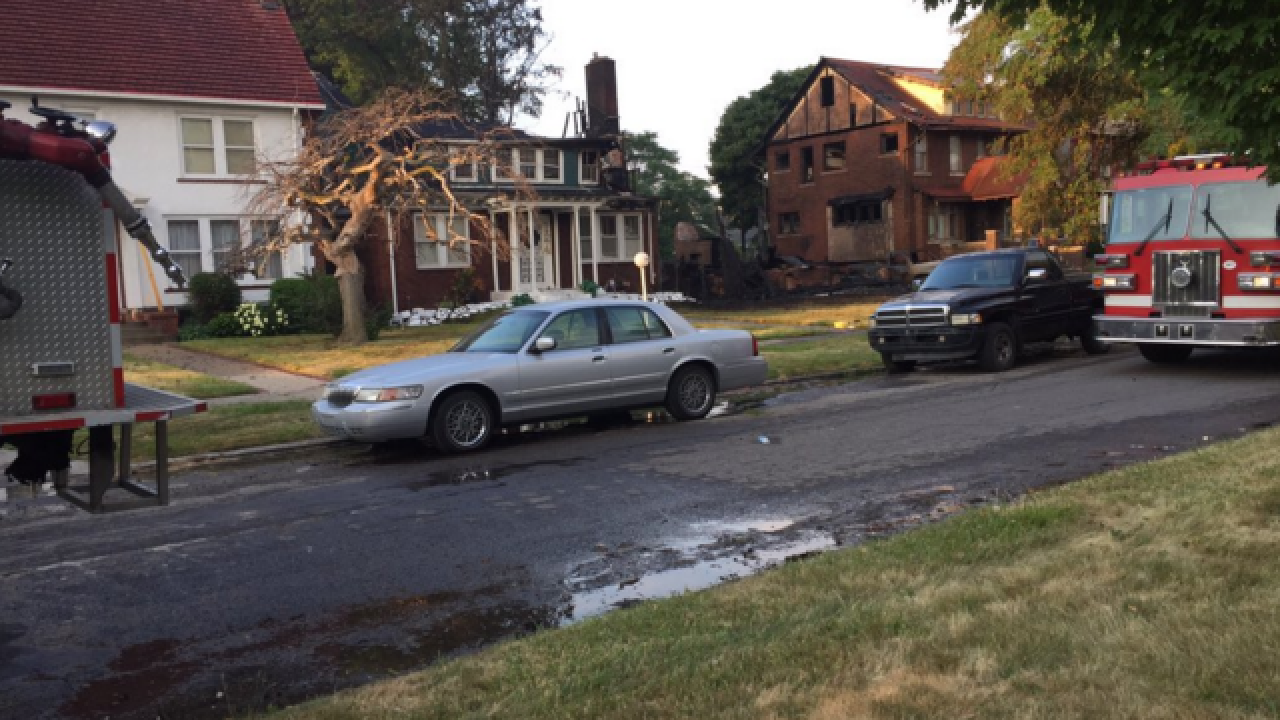 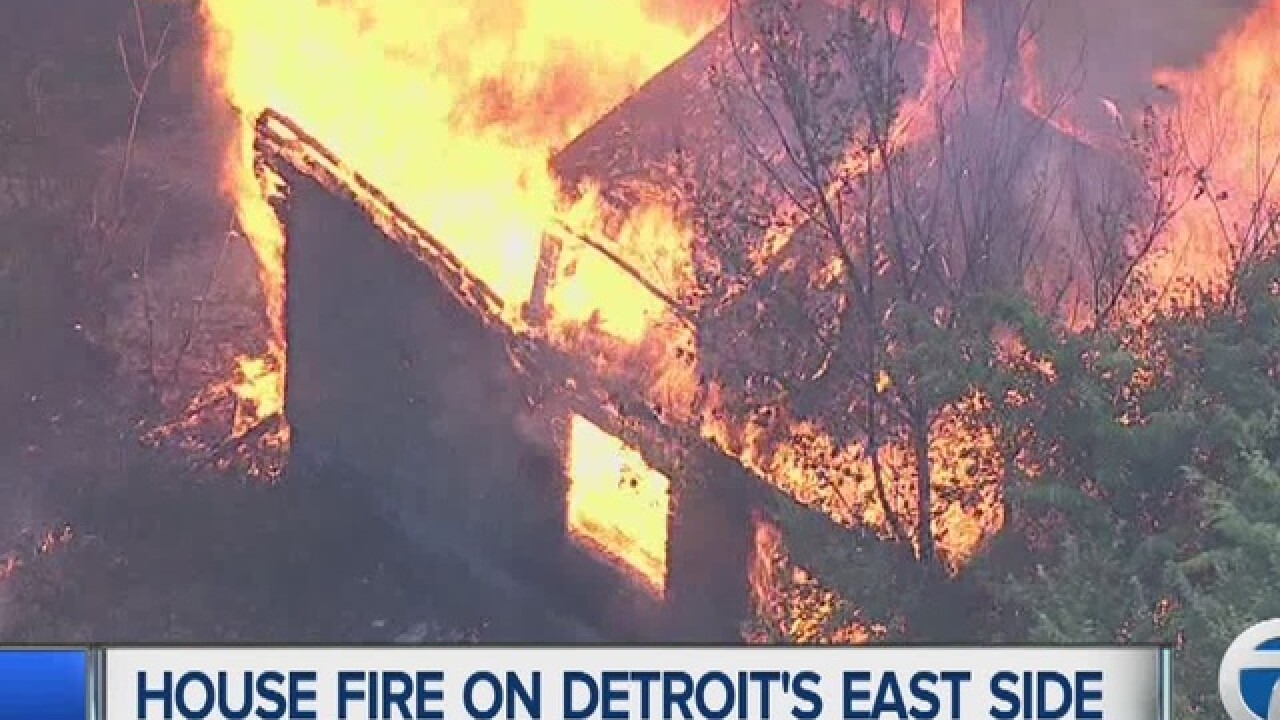 When firefighters got to the scene of a house fire on Farrand Park near John R in Highland Park around 4 AM on Tuesday, the house looked like a ball of fire. Flames quickly spread to the two houses next door.

A man who owns one of the houses says the fire started on July 4 just after 11 PM. He says he heard fireworks, then saw the porch of the vacant house next door was on fire.

“What I did is I ripped off the siding, put a couple buckets of water on there. I could hear sizzling. I put my hand to the wall. It was hot. I called 911, but they didn’t answer the phone,” said Joseph Blevins.

Blevins says after some time passed and he didn’t see flames, he went back to his house and went to bed.

“I woke up at 4 AM. They are banging on my door saying the house is on fire,” said Blevins.

“He should have constantly kept calling,” said Chief Kevin Coney of the Highland Park Fire Department.

Chief Coney says if there are many calls coming into 911 dispatchers at once, you might need to try to call a couple times. However, he says you can’t give up. He voiced frustration that firefighters weren’t called out until  hours after the fire started.

“It may be harsh, but they were behind the eight ball when they pulled up and the whole house was already on fire,” said Coney.

He says the lesson is you should leave firefighting to the professionals.

The fire spread to the two houses next door, including Blevins house. All three houses suffered extensive damage.  A fourth house down the street was also damaged when burning embers landed on its porch roof.

Blevins says he believes fireworks caused the original fire. He heard fireworks and other neighbors saw Chinese lanterns in the sky before the fire started. Blevins says people know him, and know better than to set an arson fire next door.

“That is putting your own life at risk,” said Blevins. “You know what I am saying.”

Fire investigators aren’t ruling anything out. They say it could be arson or fireworks. It will take time to examine evidence because the fire burned so intensely for so long before they got there.