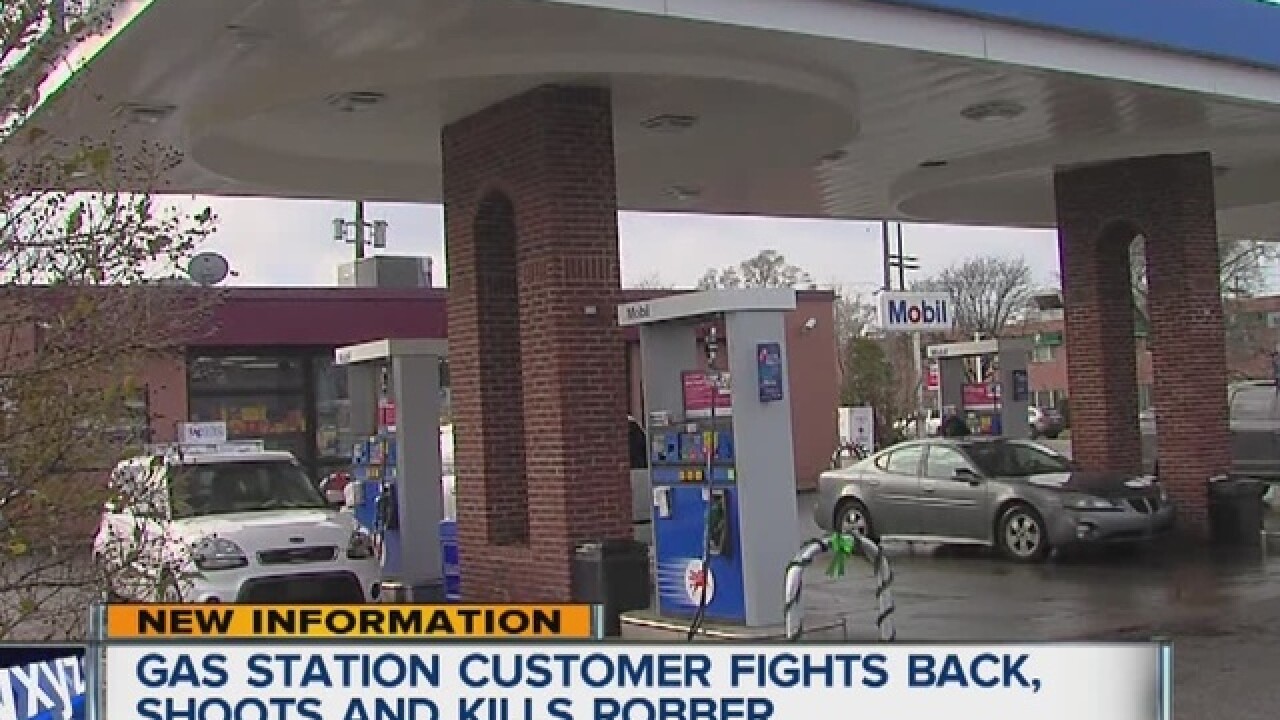 Detroit police are investigating after a gas station customer shot and killed an attempted robber on Detroit's west side early this morning.

It happened at a Mobil gas station on 7 Mile and Meyers. Police say the customer was buying cigarettes when he was approached by the suspect who reportedly told him to take everything out of his pockets.

That's when the customer turned around and shot the suspect multiple times. He died from his injuries.

Police are now reviewing surveillance video in the case.