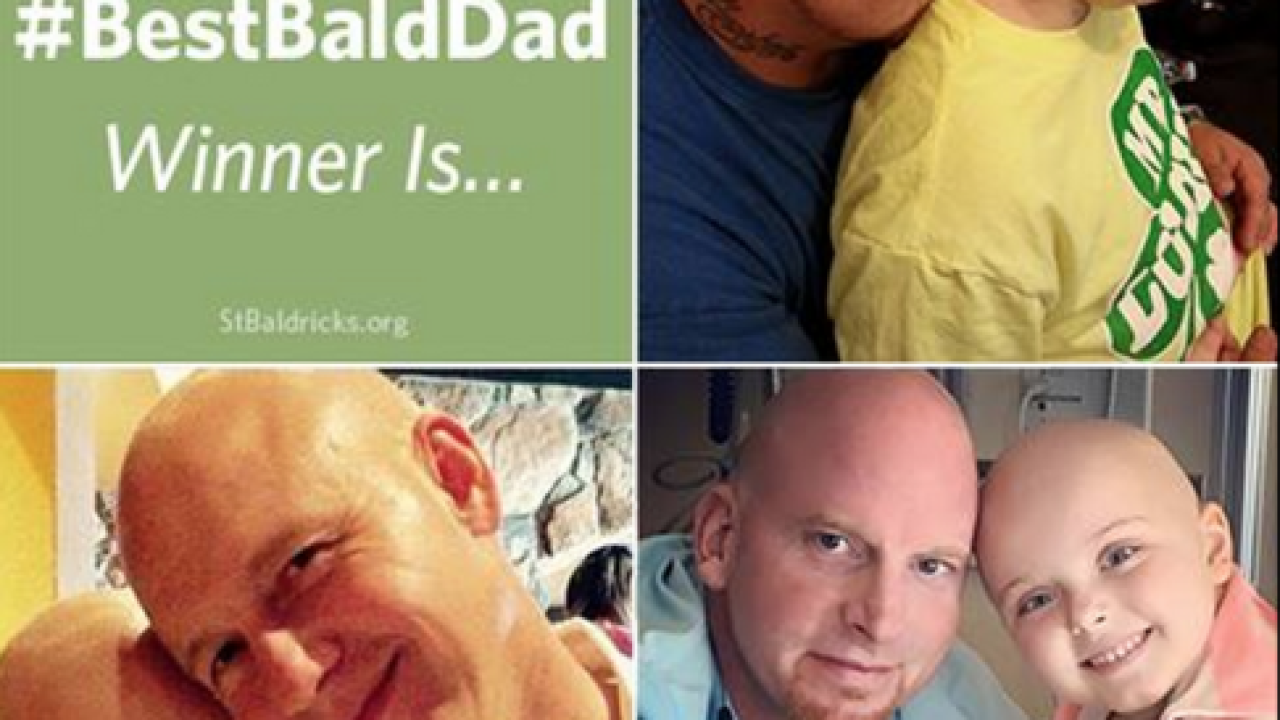 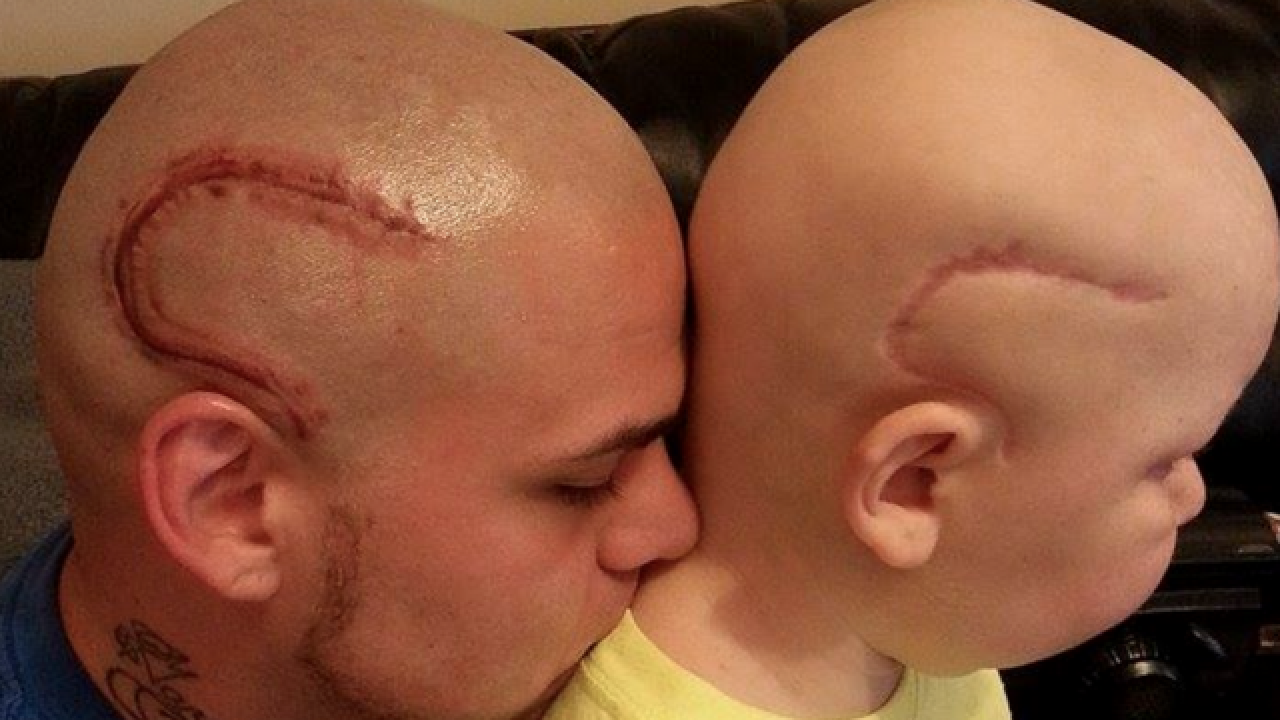 A Kansas dad's touching gesture of getting a tattoo to match a scar his young son was left with following brain cancer surgery is winning kudos on the internet.

Josh Marshall tells ABC News his 8-year-old son Gabriel was left bald with a large horseshoe scar on the right side of his head after undergoing surgery to remove a brain tumor. Marshall says Gabriel was so self-conscious that "he felt like a monster."

Last August, Marshall got a tattoo to match, telling his son, "if people want to stare at you, then they can stare at both of us."

A photo of the pair took first place in the St. Baldrick's Foundation's #BestBaldDad competition on Father's Day and has since gone viral.

Marshall says Gabriel is doing well and has another MRI scheduled next week.