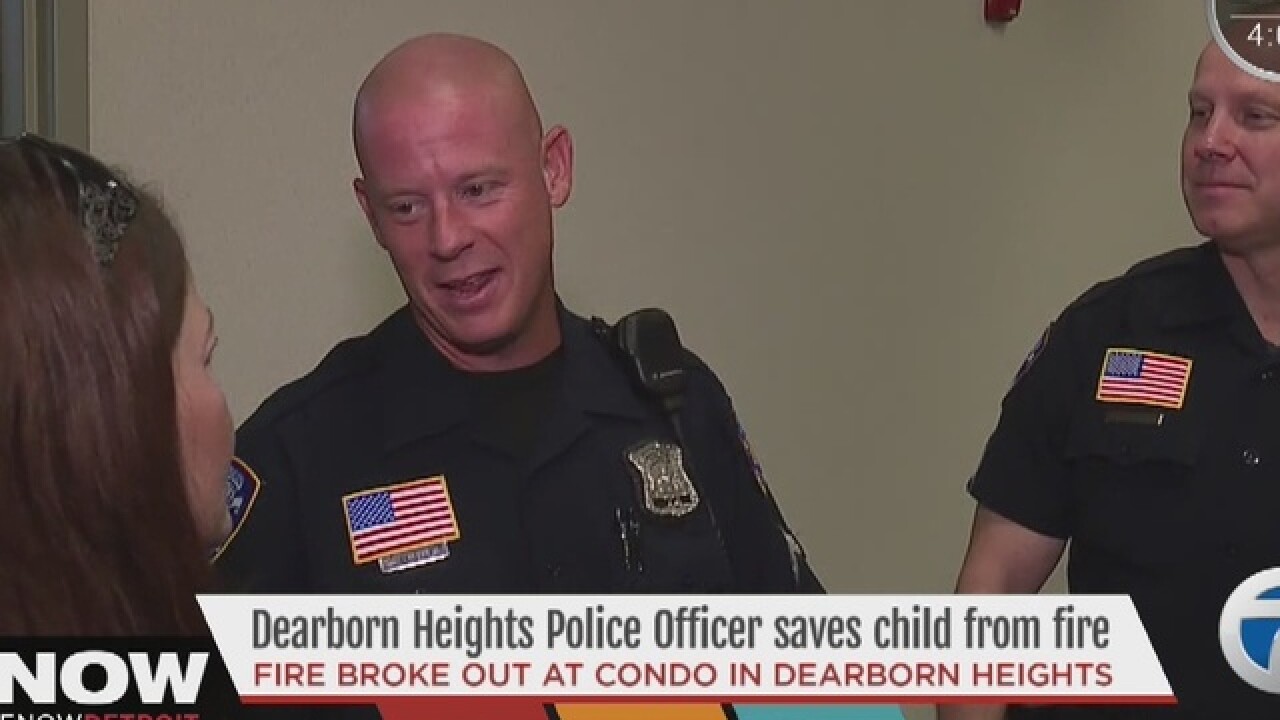 A police officer is being hailed a hero, after a fire breaks out at a condo in Dearborn Heights.

A mother and her 7-month-old baby make it out, but her son was trapped inside.

Salsabeel Tolba said, "I went to the living room to get the kids out. I couldn't find Yusuf."

"I didn't get to think so I just went upstairs," 7-year-old Yusuf Salem said.

Officer Scott Keller and Sergeant Tim Zawacki arrived at the condo on Country Lane before firefighters, because they were on another call.

The two learned Yusuf was inside and saw the fire quickly spreading.

"I got in originally belly crawled on the floor," Keller said.  "And was able to see maybe 12 inches above the floor. I can see the leg of a couch. I could see the fire in the kitchen."

Zawacki added, "At that point he (Keller) started making his way in and I dropped to the floor to try to find something to cover my mouth because you couldn't see anything at that point."

"I can hear him," Keller explained. "So, I knew he wasn't that far away. With my flashlight, you couldn't see anything it was completely pitch black."

Officer Kellar found Yusef on the staircase and pulled him out of the house but suffered smoke inhalation and was taken to the hospital.

"I'm very proud," she said. "I was obviously very scared but very proud of him of what he did. So we are done playing firemen for a day."

Kellar is a father of six children and says he would do it all over again if he had to.

"Most important," he added. "Nobody wants to lose a child."

Yusuf's mom said, "Really, really grateful for him. I owe him my life I owe my child's life."

The 7-year-old now wants to pay it forward and be a firefighter when he grows up.

Family wants to invite officers over for dinner but that will take time because the home has been damaged by the fire.