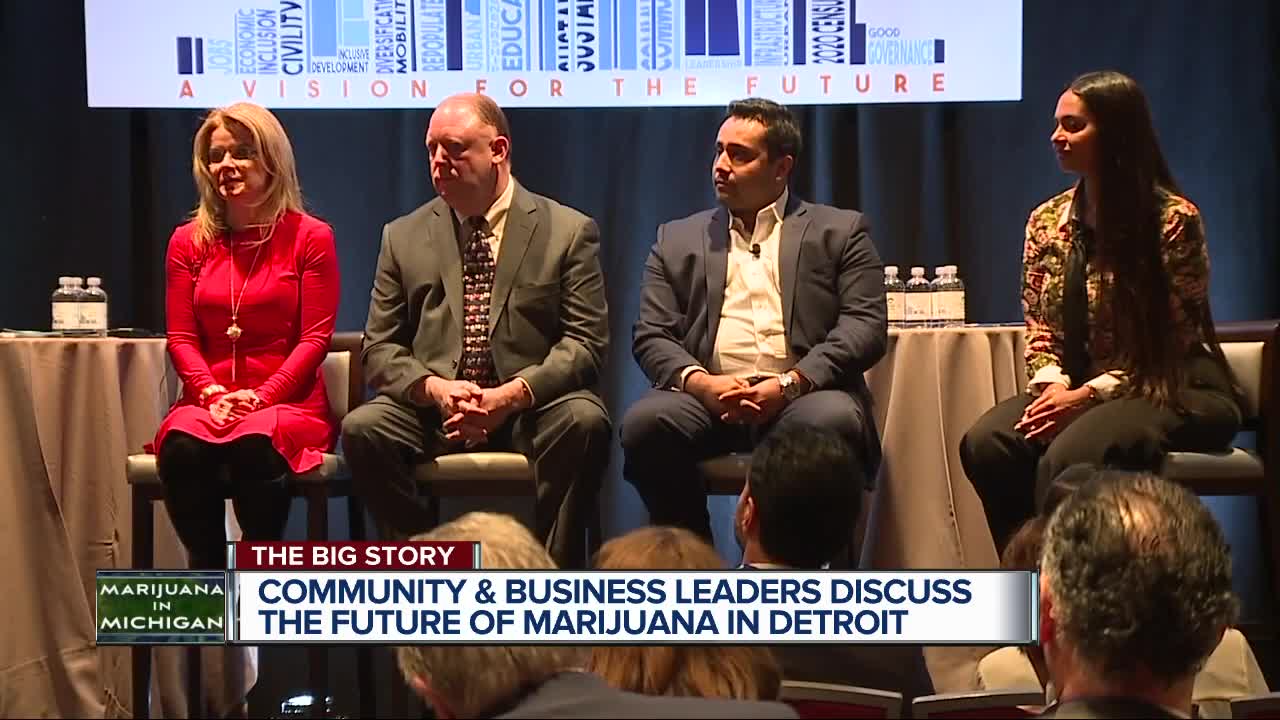 It didn't used to be a topic for an elite gathering of Detroit leaders. We're talking about marijuana. We will take a look at the change some called for today at the Detroit policy conference.

DETROIT (WXYZ) — What is your vision of Detroit in 2030? How will the city lead in education, job growth and mobility as a service? Those were the questions asked by organizers of the Detroit Policy Conference.

The conference took place at the Motor City Casino on Thursday.

Speakers took part in discussions on how to improve mass transit, education, create an inclusive economy in Detroit, and mold the city’s future.

One forum was held that might not have happened a few years ago at an elite gathering of Detroit leaders.

“If you would have done this ten years ago, I don’t think you would have had this kind of turn out,” said Rush Hasan of The Reef Detroit, a marijuana based business.

He was on a panel talking about how marijuana will play a part in the city’s future. He says it is wonderful to see community and business leaders coming together to hear such discussion. They spoke about the challenges the industry is facing as it is banned from using Federally insured banks, a policy he wants changed.

“It is significant because it is an industry coming to Michigan. It is here and it is not going away. Projections are by 2023 about $1.6 billion we will put back into the economy in Michigan,” said Michelle Donovan of Butzel Long’s Cannabis Law Specialty Team.

Not everyone speaking at the event was cheerleading the industry. Scott Greenlee, the President of Healthy and Productive Michigan spoke about how many communities are executing their right under the law to opt out of the legalization of marijuana.

“We are being contacted by communities daily that want to opt out,” Greenlee said.

To see other topics addressed go to http://www.detroitchamber.com/dpc/.