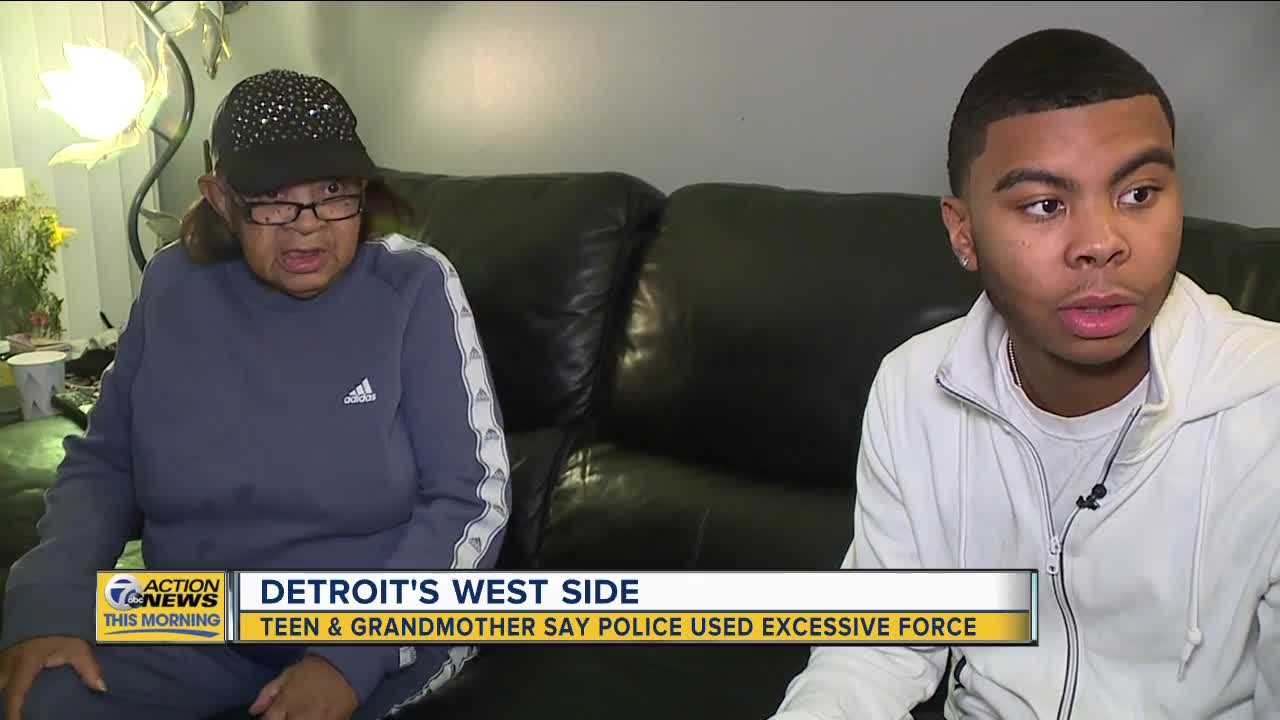 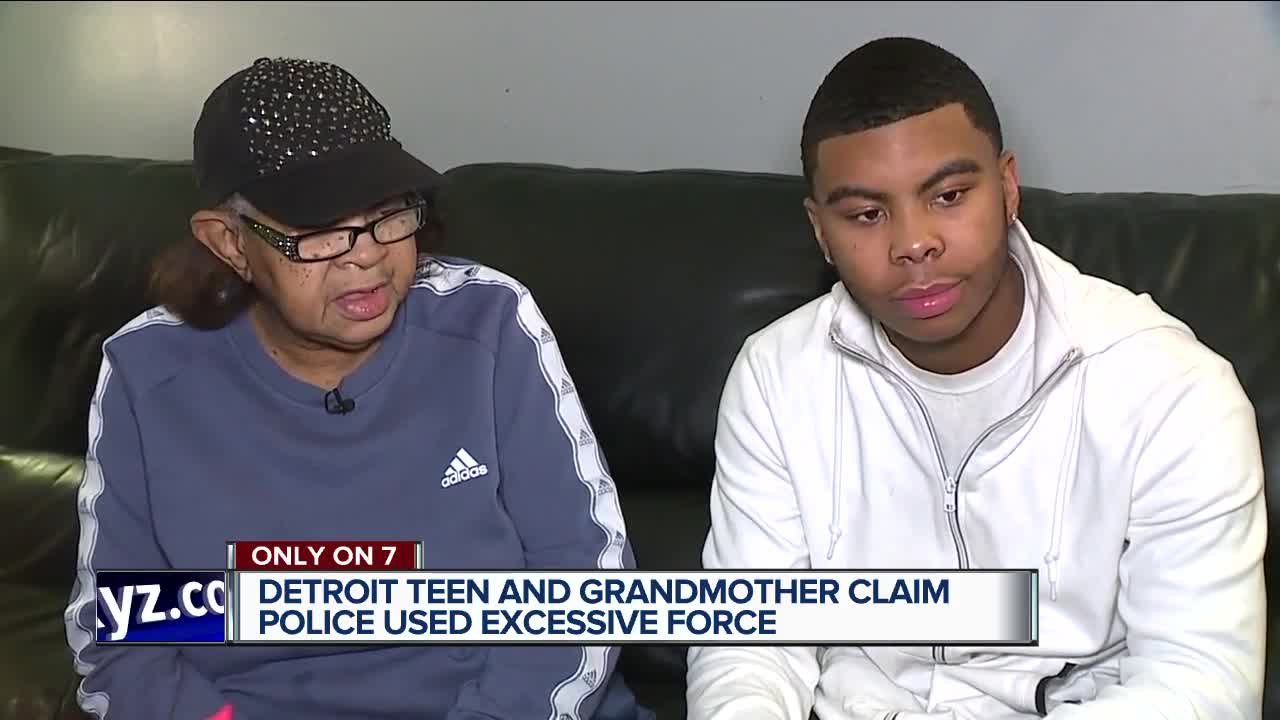 The family that lives nearby says they heard a knock at the door on that night.

“As soon as I opened the door, they had guns pointed at me," says 19-year-old Joshua, who was home from college visiting his grandmother who lives on Wyoming that evening. "The (police) ordered me down to the ground and told me to shut up. When I asked why, they told me to shut up again and cursed at me. An officer stuck his knee into my lower back. I still have nightmares and lower back pain."

ONLY ON 7: “Knock at the door. FREEZE. Hands up. Get the (expletive) on the ground. Next thing I know, they threw me on the ground w/ GUNS at my head.” 19 year old Joshua Wright alleges excessive force by DPD, in incident under internal investigation. ⁦@wxyzdetroit⁩ #11PM pic.twitter.com/xfde7wKODc

His grandmother also says when she came outside, she too was put in handcuffs.

"They forced me down to the ground and told me to shut up," Lisa Wright said. "I had no idea why. Then I felt strong chest pains, and had to be hospitalized for a week with heart issues."

When it ended, the family says they never got an explanation nor an apology. They are now considering legal action. In the meantime, Detroit police tell 7 Action News they have launched a full internal investigation into those allegations. They say officers working that day were instructed to make sure body cameras were turned on, and that footage will be reviewed.

Detroit police also tell us they will be able to look into the specifics, given all the data that exists from that day, to determine exactly what took place. They add that they take these allegations very seriously.

Stay with 7 Action News as this story develops.