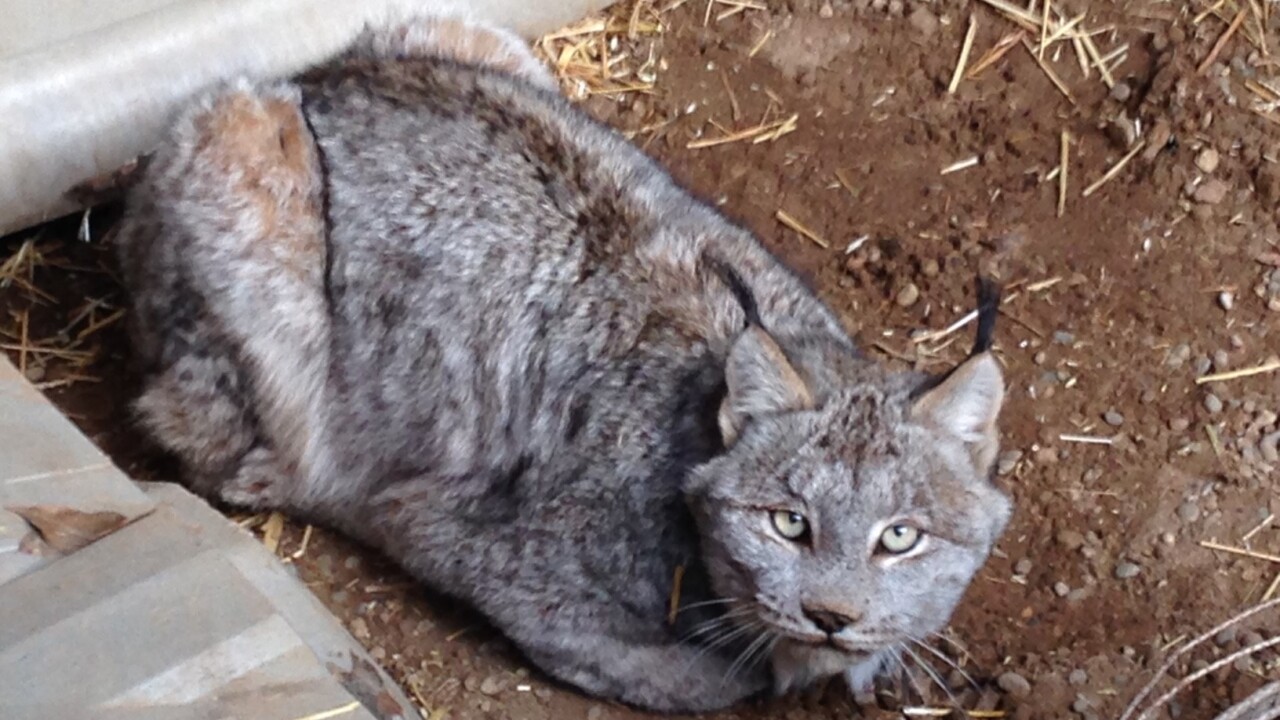 ROYAL OAK, Mich. (WXYZ) — The Detroit Zoo is providing more information about a rare lynx that was captured in Michigan's thumb, saying the lynx is "eating well" and they are working to determine the next steps.

According to a zoo spokesperson, the female lynx is just over 4-feet long and weighs 18 pounds. Based on her size, teeth and other factors, the zoo believes she is less than a year old.

She also has a wound on her right rear foot caused by a leg trap, which was cleaned and sutured closed. She is also receiving fluids, antibiotics and medication, and is being treated for fleas.

The zoo said they took a blood sample for the U.S. Forest Service for DNA analysis to determine where they lynx came from, and the DNR is working with the U.S. Fish and Wildlife Service to determine the next steps and where she will go from here.

"In the meantime, she is eating well and receiving expert care from the DZS life sciences staff," the spokesperson said. "She is not viewable to the public in order to minimize her exposure to humans and maximize her comfort level."

The lynx was captured on March 18 in Harbor Beach in Sanilac County. Lynxes are classified as threatened species in Michigan. There have only been a few sightings of the animal in the state in the last 40 years.