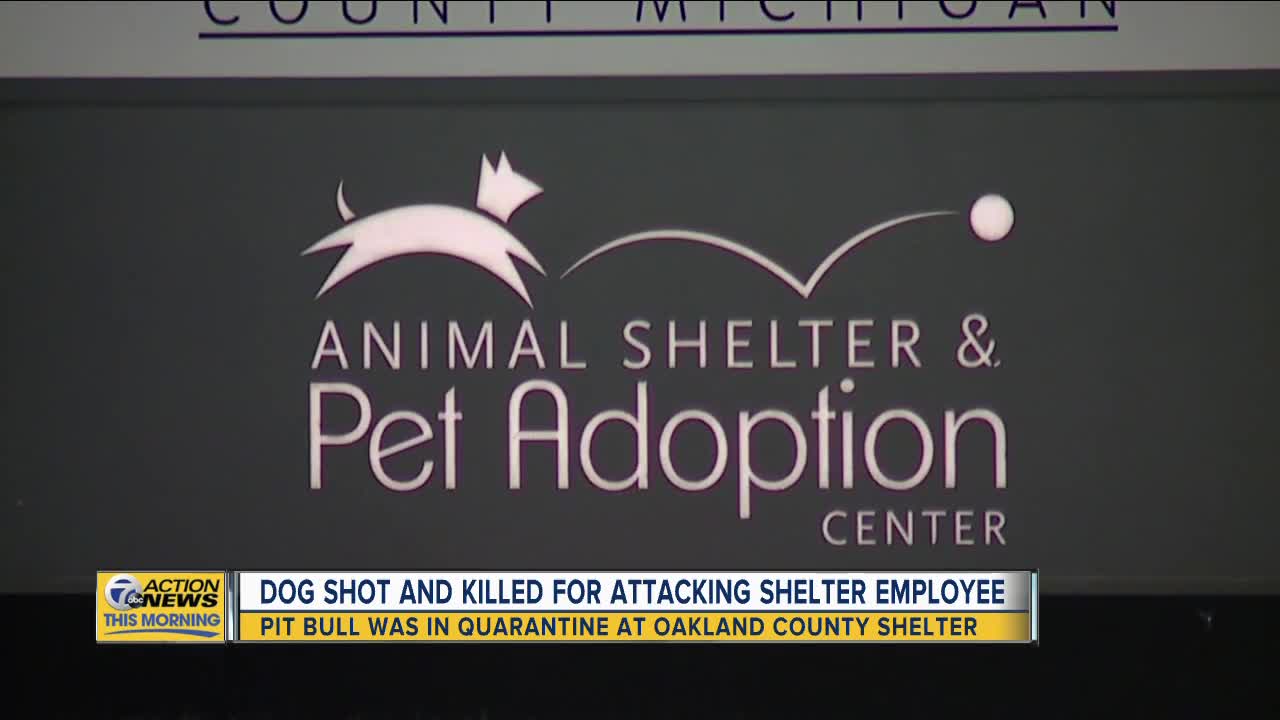 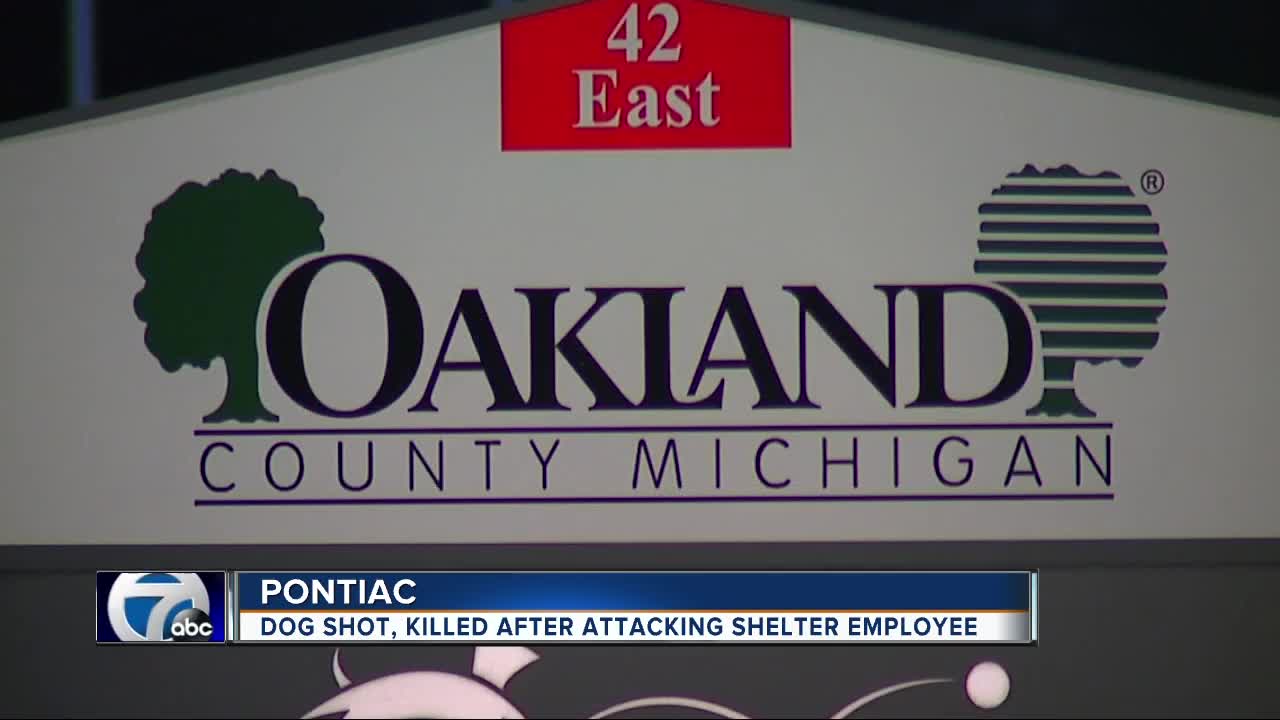 The incident happened around 8 a.m. at the shelter's complex in Pontiac. A animal control officer shot and killed the dog, after multiple attempts to release the employee from its grip.

“Our thoughts and prayers go out to our employee who begins a long road to recovery,” said Bill Mullan, Oakland County media and communications officer said. “Shelter staff are working to determine what the circumstances were at the time of the attack.”

DOG ATTACK: What were learning about a dog attack in Pontiac this morning at the Oakland County Animal Shelter. MORE tonight on @tv20detroit at 10 and @wxyzdetroit at 11. pic.twitter.com/GbI9Nfo3WZ

The pit bull was in quarantine because it had previously bitten several family members. The dog somehow got out of its cage and an employee attempted to put the dog back inside. That's when the dog attacked her.

“The dog gave no indication that it was going to do any harm," Mullan told Action News.

It's something that can sometimes happen, said veterinarian Dr. Karen Michalski with Serenity Animal Hospital in Sterling Heights. She's worked a lot with pit bulls in the past.

"The person who’s dealing with these animals has to be aware that they can give signals that may seem like mixed signals. However there are some dogs that do not show signs and just react," Dr. Michalski said.

A second employee in the area at that time was also unable to control the dog, which is when the dog was shot and killed.

According to a release, a court hearing was scheduled for next week because the dog's owner didn't want to surrender ownership of the dog.

The fiance of the victim told 7 Action News that she had surgery Friday morning. She has a broken finger and "extreme" lacerations on her arms, he said.

The employee has worked at the OCAS for 25 years.