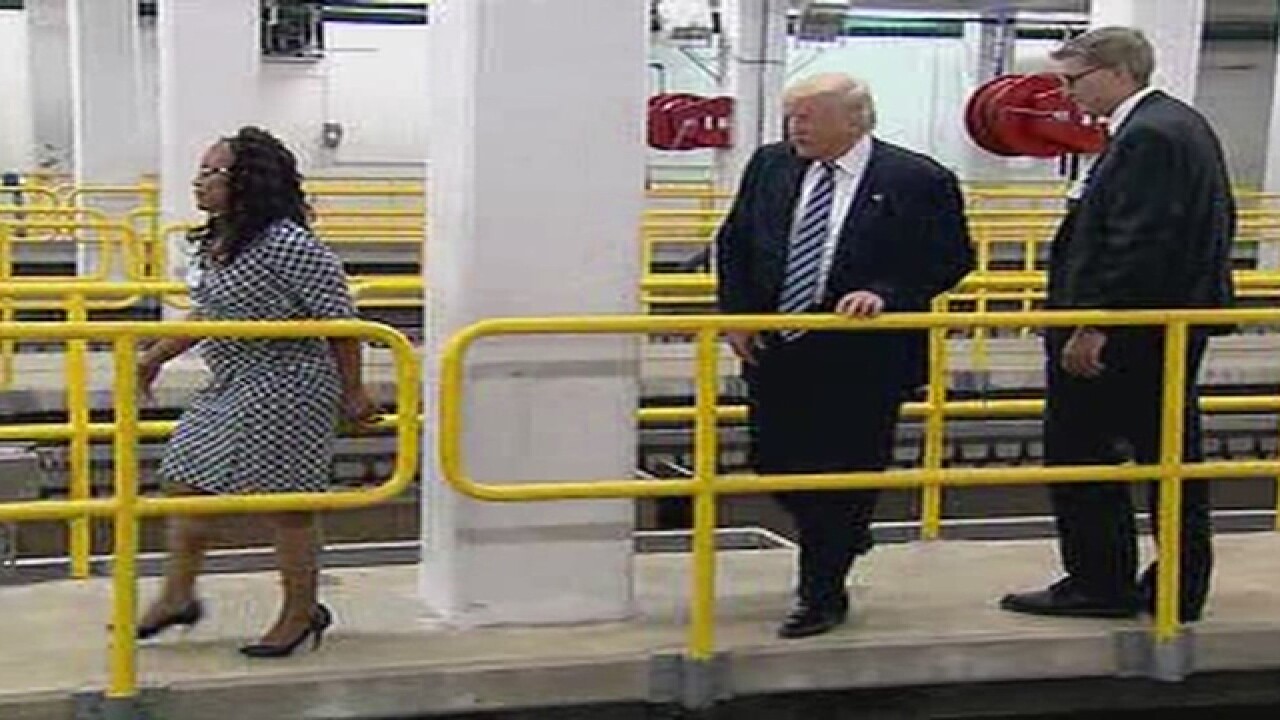 Donald Trump is back in Michigan, less than two weeks after his last visit.

This time he is in Flint.

Reporter Jim Kiertzner is in Flint. Watch his live reports on Facebook Live below.

She went on to say the staff at the Flint Water Plant cannot afford the disruption.

Trump was welcomed at the Bethel United Methodist Church where he will meet with the congregation around 3 p.m. followed by a private meeting with a group of pastors.

He is expected to use this trip as part of his on-going effort to appeal to African American voters.

Reverend Faith Green tells us his people reached out to her, saying she did not explicitly invite him. But, she says her church is an open house of God's.

This is the same church President Obama has previously visited.