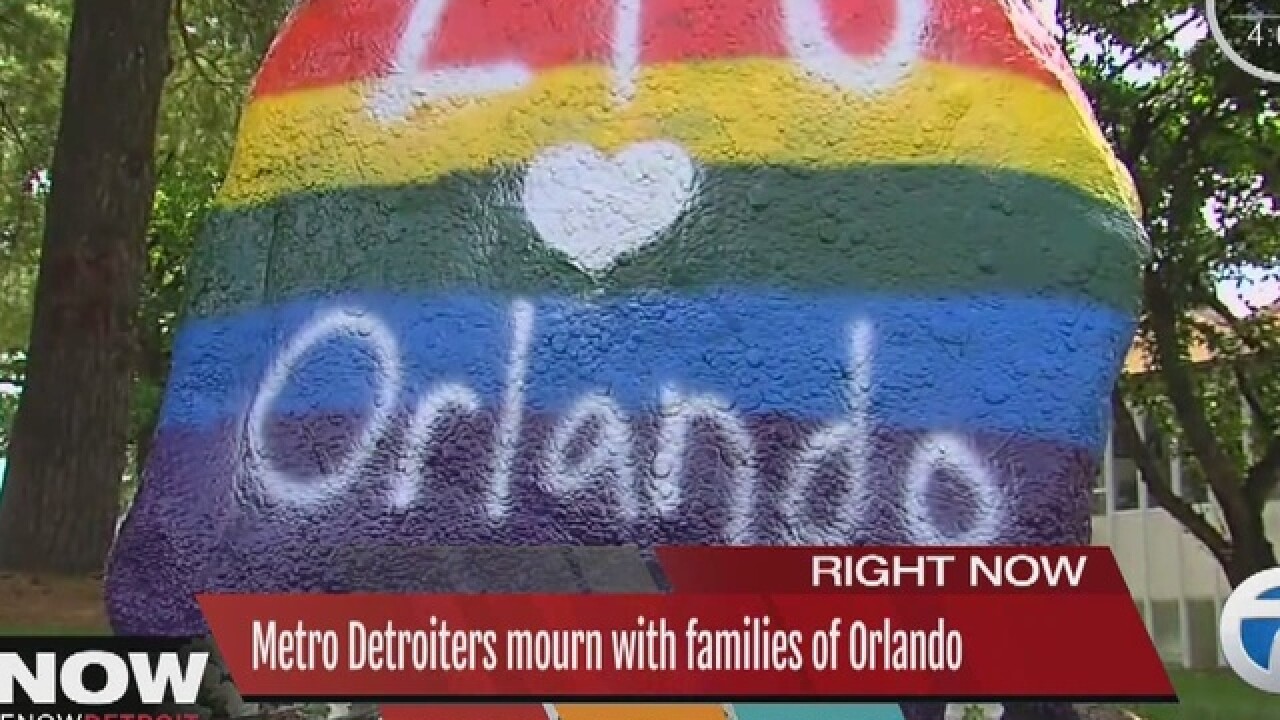 Forty-nine white carnations were laid down in front of Lawrence Technological University's "Spirit Rock" Monday afternoon in a show of silent mourning for the 49 people killed in an Orlando nightclub.

We're learning the shooter, Omar Mateen, had no record of violent crime but chose instead to unleash the hatred he harbored on a packed gay nightclub during LGBT Pride Month.

"It just serves as a counterpoint to show just how much work there is left to do," said Zoe Gaber, one of the student speakers at at the campus vigil.

More than 50 students, staff, and faculty gathered together to express their sorrow. Some, like Muslim student Faisal Alrbiash, echoed the nationwide fear this mass shooting - now the worst in our country's history - triggered.
"By all means I rejected that disgusting action," Alrbriash said.

“If this starts to happen again and again it’s gonna be awful," he added. University President Virinder Moudgil acknowledged the deep sorrow, but he also asked students and staff to further the dialogue, and demanded heartfelt introspection.

“Do you know someone who might have a leaning toward something that can hurt people? Don’t stay back by saying, 'I don’t want to get involved,' because many of these times there is somebody who knows this intention," Moudgil said.

Whether anyone could have stopped Mateen from conceiving his massacre remains unanswered. But Lawrence Tech students say there’s always room for more education, more engagement, and more tolerance and that, they say, can be one thoughtful answer to the incomprehensible.

“People they should give time to understand each other, understand being different doesn’t necessarily mean being bad things. We just have to accept the difference between us," Alrbiash said.