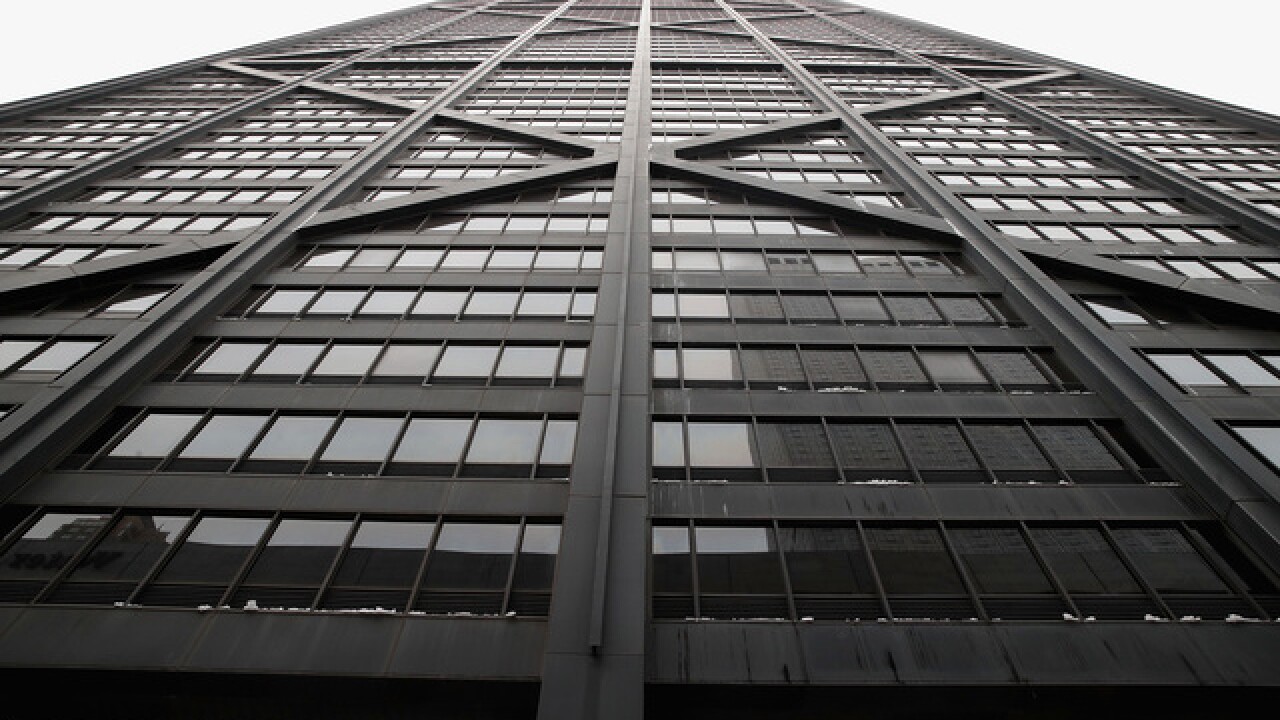 Image copyright 2018 Getty Images. All rights reserved. This material may not be published, broadcast, rewritten, or redistributed.
Scott Olson
<p>CHICAGO, IL - FEBRUARY 13: The John Hancock Center, one of Chicago's most famous skyscrapers, is changing its name on February 13, 2018 in Chicago, Illinois. John Hancock Financial, the building's former owners and namesake, has asked that its name and logos be removed from the building immediately. The building will be known by its address 875 North Michigan Avenue until a new naming rights deal can be arranged. (Photo by Scott Olson/Getty Images)</p>

People rescued from a trapped elevator in one of Chicago's tallest skyscrapers later learned they had dropped 84 floors.

The Chicago Tribune reported Monday that six people, including a pregnant woman, got into the elevator early Friday after leaving a restaurant on the 95th floor of the 875 North Michigan Avenue building, formerly the John Hancock Center. They heard noises and experienced a faster and bumpier than expected ride.

One of several cables holding the elevator broke and the car fell rapidly, landing somewhere near the 11th floor.

Firefighters broke through a wall more than 10 stories above ground from a parking garage to reach the people who were trapped inside.

The elevator and two others will be closed until repairs are made and officials figure out what happened.