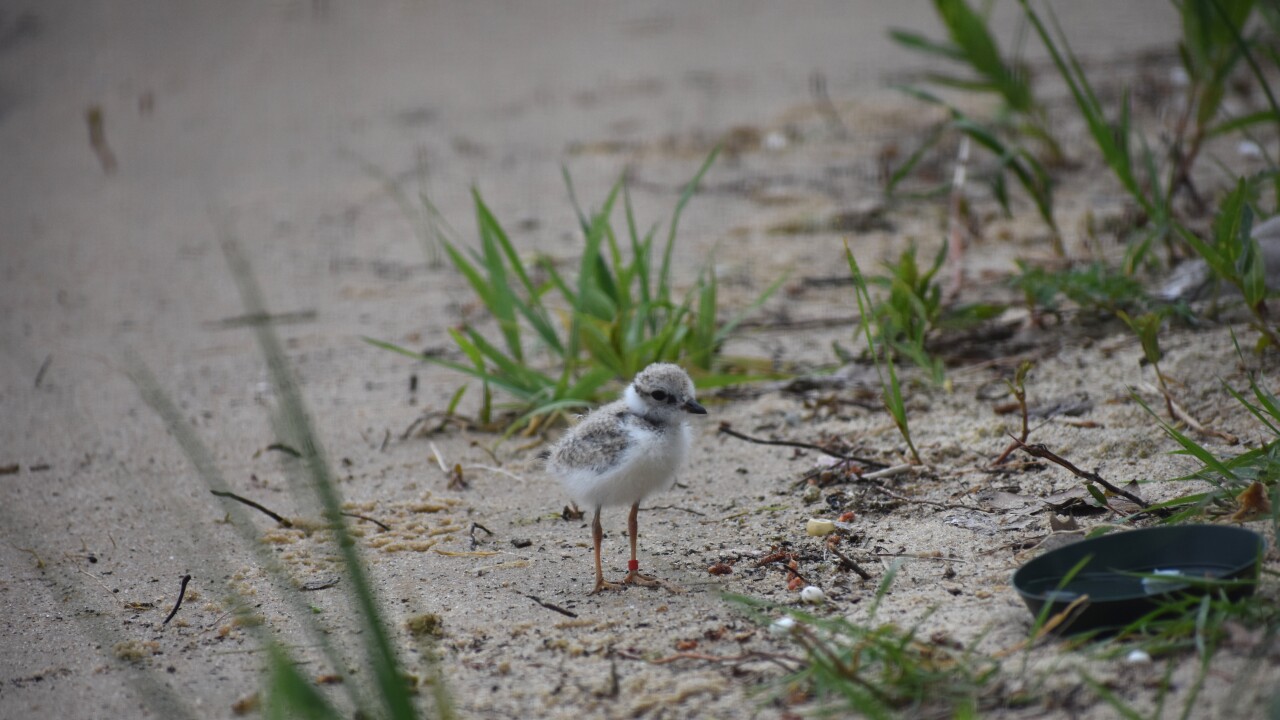 The birth comes after workers at the Detroit Zoo were initially "dismayed" because the eggs were previously not moving. Heavy rain and high water levels washed out the eggs' nest in the Sleeping Bear Dunes, causing them to be wet and sunken in the sand. After being found in the Sleeping Bear Dunes, the eggs were then taken to University of Michigan's biological station in Pellston. The station houses a Detroit Zoo program aimed to salvage eggs and increase the population of Great Lakes piping plovers. One of the eggs began moving after three days, but the chick struggled to hatch.

The chick is now three weeks old and "doing well," the zoo said.

“We are completely surprised and delighted that this chick hatched and is now thriving,” said Bonnie Van Dam, DZS associate curator of birds, who supervises the field conservation program for the shorebirds. “We are hopeful it will be able to join wild plovers once it’s fully fledged.”

Only 17 pairs of piping plovers were left in the Great Lakes area in 1986. That's when the United States Fish and Wildlife Service launched a federal recovery program, and discovered that some plovers were abandoning their eggs because of factors including human disturbance. Since then, more than 200 birds have been reared and released by the Detroit Zoo's team. This spring, 19 chicks have hatched and are currently being reared. The zoo expects them to be released this week in northern Michigan.

To highlight and support its conservation work for the piping plover, the Detroit Zoo recently launched a limited-edition craft beer named "Piping Plover Pilsner" in partnership with the Michigan-based Griffin Claw Brewing Company. Three more special beers are set to be released under the "Survival Series" label. The beers are available at the Birmingham brewery and some grocery stores in metro Detroit.