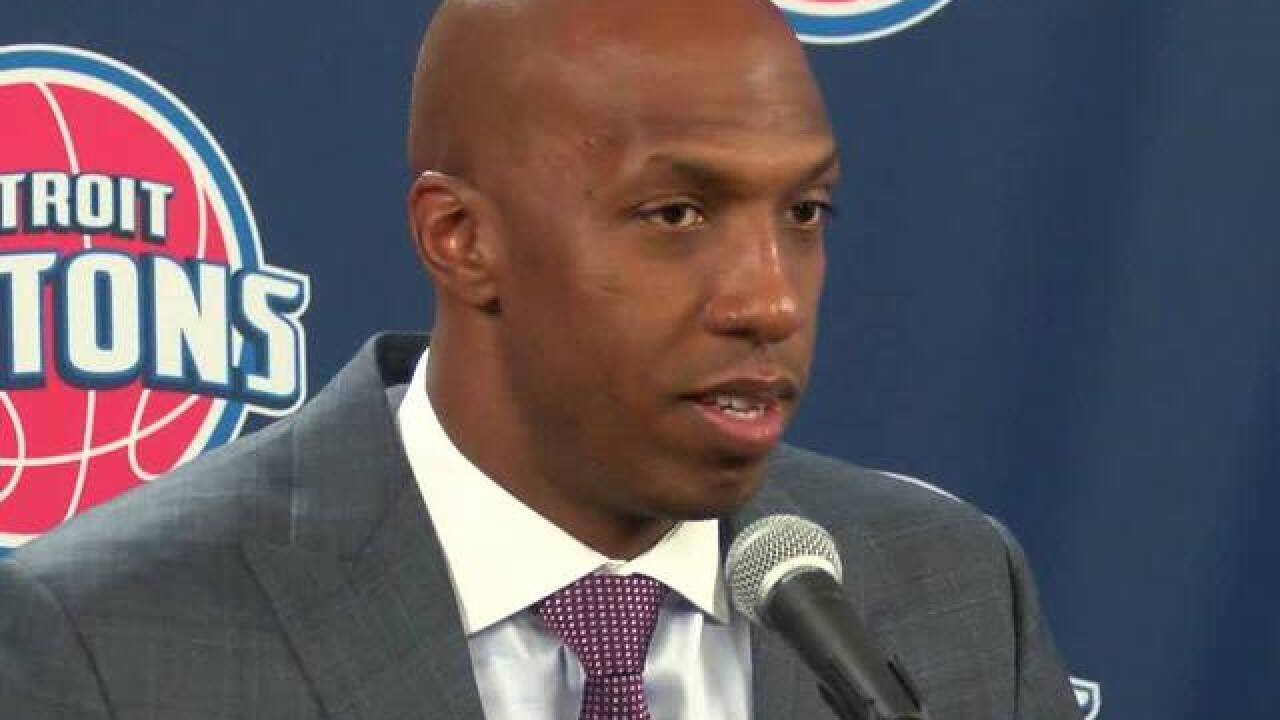 Chauncey Billups is still eyeing the chance to run an NBA team.

The former Pistons standout was back in the Detroit area Friday night as part of the BIG3 — entertainer Ice Cube's 3-on-3 league of former NBA players, which made a stop at Little Caesars Arena.

Billups had talks with the Cavaliers last year but did not join their front office. When Detroit overhauled its organization this year, he seemed like a potential fit, but that didn't happen either.

"My desire is to one day run a team, be in a front office and try to build a champion," Billups said. "I know that I will and I know I'm going to do a good job. When that opportunity presents itself, and it's a good opportunity, I'll be ready to go."

The Pistons were run by Stan Van Gundy — their coach and president of basketball operations — for the past four seasons, but they moved in a different direction this offseason. Dwane Casey was hired as Detroit's new coach, and Ed Stefanski came on board as a senior executive.

"I thought Stan did a good job. Stan is a very good coach, but sometimes you just need a new voice," Billups said. "Coach Casey obviously has been a very good coach the last few years, he's really ascended to the top of the ranks in the league. Whatever happened in Toronto presented an opportunity for him to come here."

In one offseason, Casey has been fired by the Toronto Raptors, got hired by the Pistons and was named NBA Coach of the Year.

Billups is still viewed fondly in Detroit after leading the Pistons to the NBA title in 2004. The team played at The Palace of Auburn Hills back then. The Pistons played their first season at downtown Little Caesars Arena in 2017-18.

"It's always good to be here. Everybody knows how much I love the city, love the fans. Obviously, I never had the opportunity to play in this building. I wish we would have. I wish we played in the city when we were here," Billups said. "But The Palace was good to us. The city was good to us, the fans. So it's always good to be back here. I'm such a big Pistons fan. ... I'm excited for the team for next year. The East is wide open, and I'm excited for the team. New coach, new everything."

As for Friday's BIG3 competition, Billups' team — the Killer 3s — lost the night's opening game. Metta World Peace of the Killer 3s was ejected. That was an unusual development in what Billups said should be a light-hearted league.

"We're doing this for fun," Billups said. "It ain't that serious. So that's kind of my message. We're out here to just have fun, compete, have a good time, enjoy the fans of Detroit, enjoy every single city that we go to, and go home to our family and chill and relax. That's what this thing is all about to me."

World Peace, of course, was the most infamous participant in the brawl between the Pistons and his Pacers at The Palace in 2004. On Friday night, he punted the ball away early in the game and was tossed — although it was a bit of a shank.

"I told him in the locker room, 'If you was going to kick it, you should have put it in the top row or the top deck at least,'" Billups said. "It was a weak kick."

Chauncey Billups has strong thoughts about Joe Dumars dealing him to Denver, and about his own interest in running the Pistons.

Full conversation with @BradGalli Sunday at 11:30 PM on the #7SportsCave pic.twitter.com/70XrVQezl9