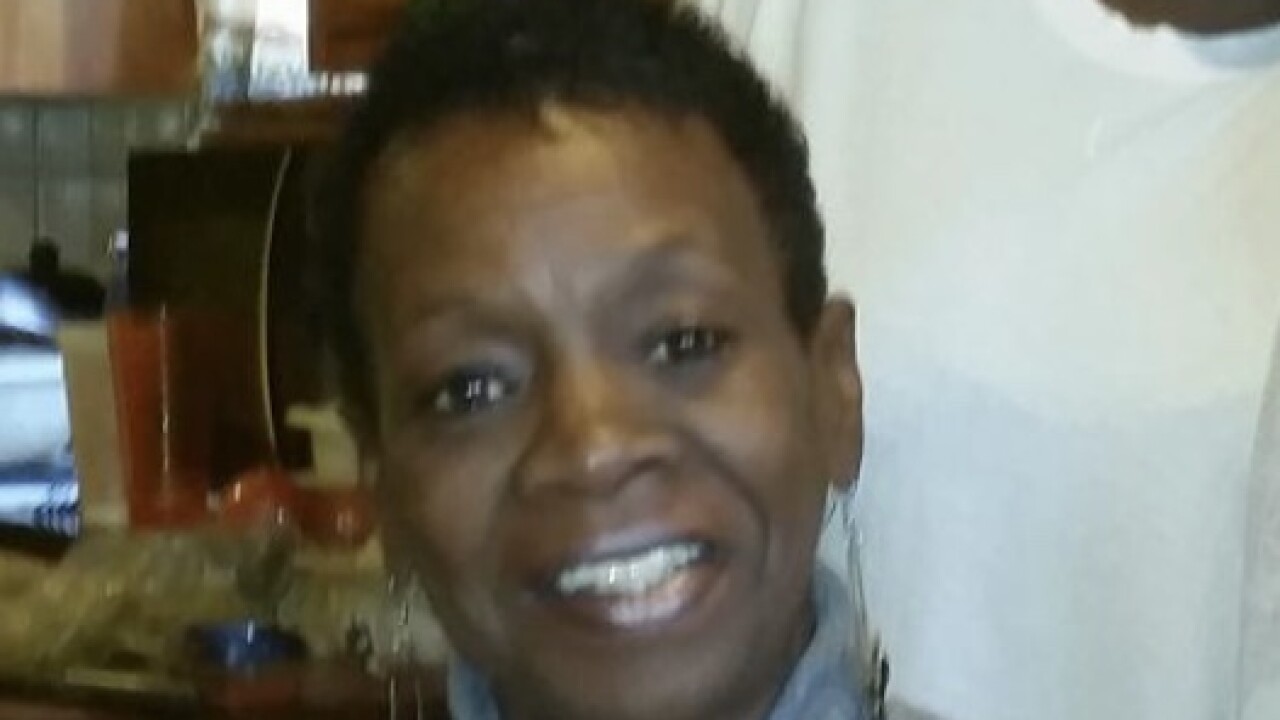 Police say Elonda was last seen on Oct. 24 around 12 p.m. at her home on the 9000 block of Olivet. Elonda's daughter told police she is concerned because her mother recently suffered a stroke and has not been seen from since.

Elonda is described as 5 feet 3 inches tall, between 120 to 130 pounds with brown hair and brown eyes. She wears false teeth, has a scar on her abdomen and also goes by her nickname "Frankie." She may be driving her black 4-door 2015 Volkswagon Jetta 4 door with Michigan plate number DDM1942, police say.

According to police, she is in poor physical condition and suffers from a mental illness.