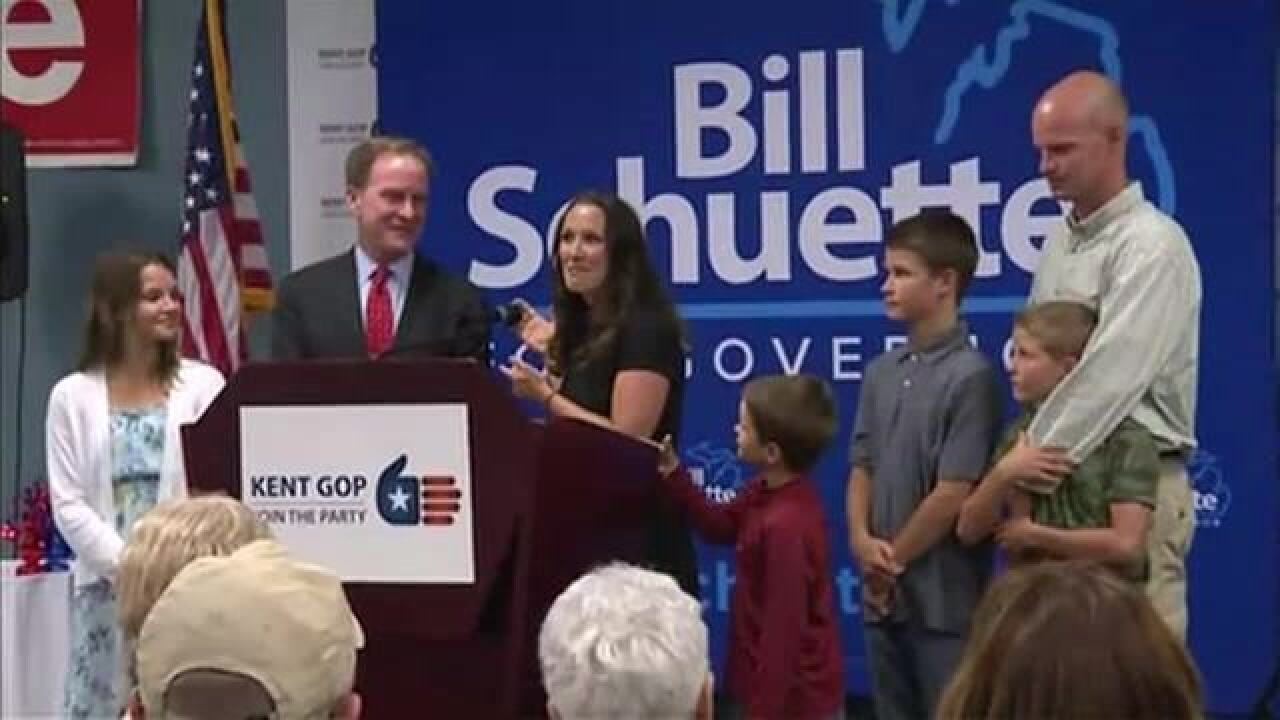 The campaign of Michigan Republican governor candidate Bill Schuette says that all family members were safe following Sunday's fire in the Kent County community of Alto. A statement says that Lyons' childhood home is "likely to be a total loss" following the fire, which started in the garage.

WOOD-TV reports the fire, which started about 3:30 p.m., is under investigation. It comes about two months before the November election.

Lyons' family members say they're grateful for the efforts of firefighters, sheriff's deputies and others who responded to the fire. They're assessing where they'll relocate temporarily.