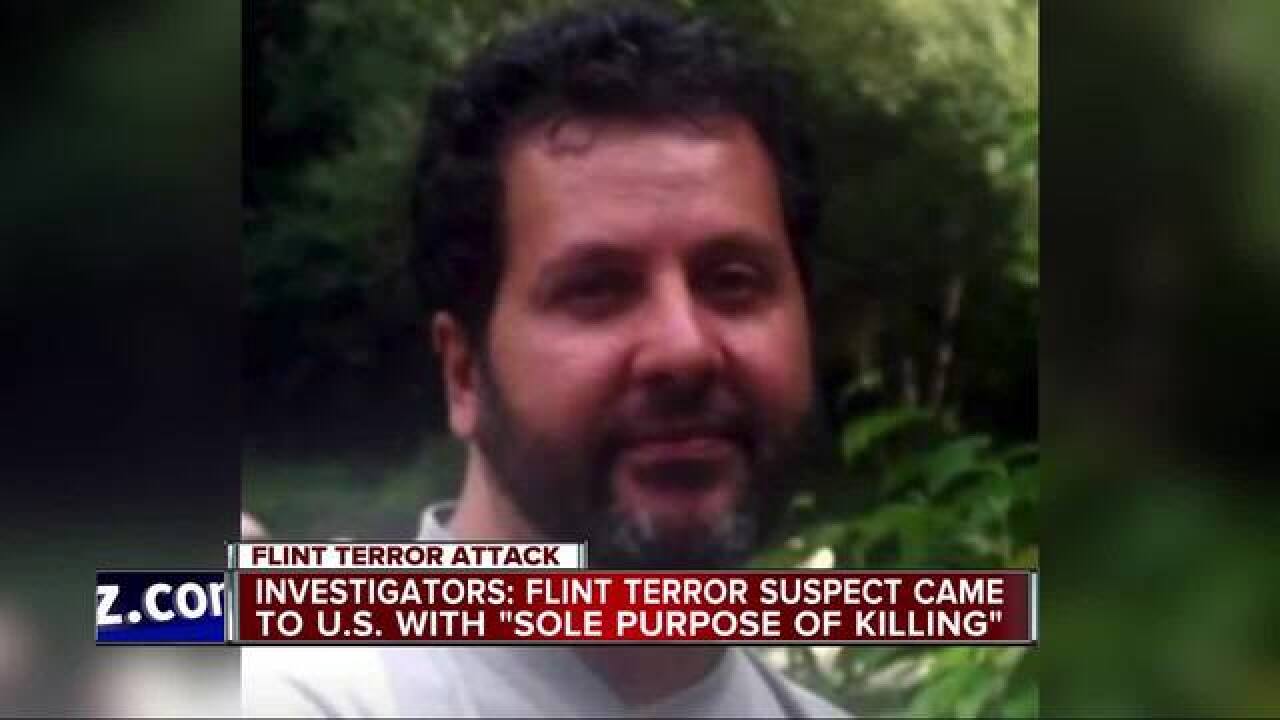 A document filed in federal court is giving more details on the mindset of the man who attacked an airport police officer at Flint's Bishop International Airport.

The document was filed in response to a motion by attorneys for Amor Ftouhi. They are asking the court for the contact information of people interviewed as possible witnesses in the case.

In their response to the motion, prosecutors write that after Ftouhi was taken into custody he said in an interview that "he had entered the United State with the sole purpose of killing armed U.S. government employees."

The government also writes that he considered that his "mission" and that he called himself a "soldier of Allah" and that he subscribes to the ideology of Osama Bin Laden and that he celebrated the September 11th attacks, praising Bin Laden for organizing the attacks on an "enemy of Allah" - the United States.

During the attack at Bishop, Ftouhi yelled "Allah Akbar."

The response also reveals that Ftouhi also told those agents his purpose in attacking the police officer was so that he could get his gun and kill more police officers.

Ftouhi also told investigators that there would be others coming to harm the U.S., however, he was unable to provide an details.

Ftouhi has been charged with committing an act of violence at an international airport and interfering with airport security personnel in what is being called a terrorism case.