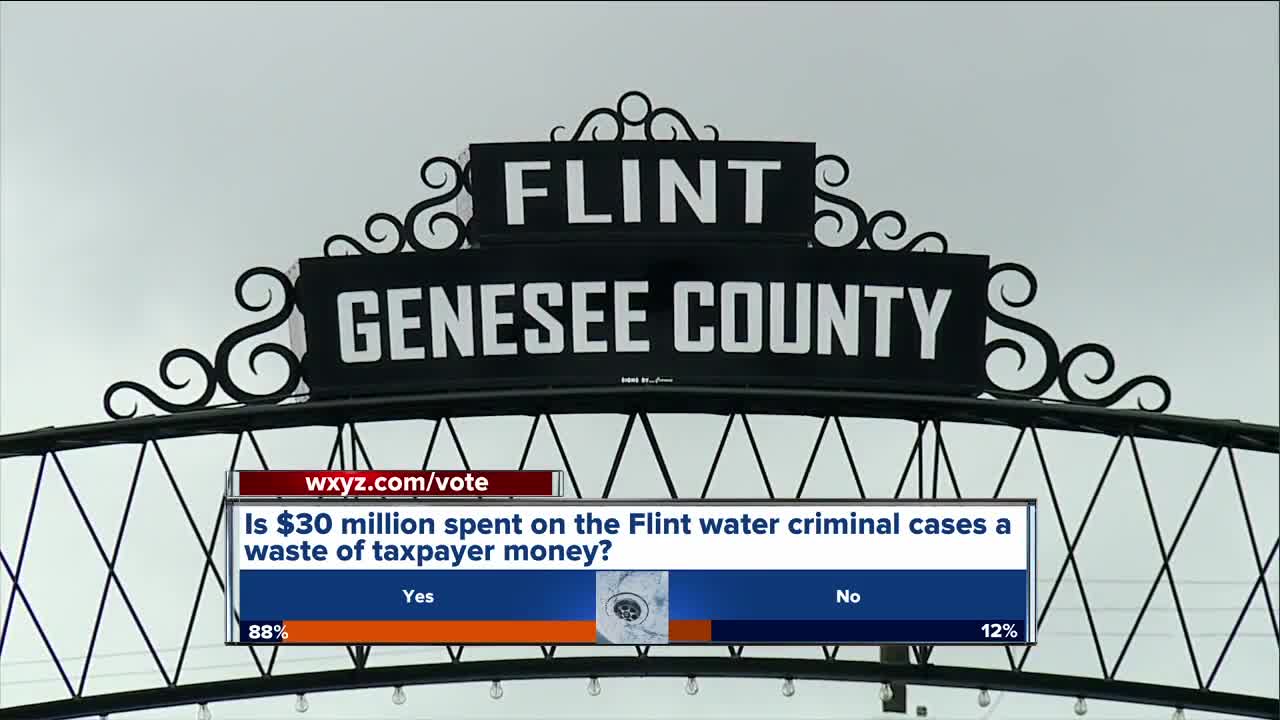 When new Michigan Attorney General Dana Nessel and her team decided to drop pending criminal charges against 8 state and local officials in the Flint Water Crisis, it came with a hefty price tag: $30 Million and counting.

(WXYZ) — When new Michigan Attorney General Dana Nessel and her team decided to drop pending criminal charges against 8 state and local officials in the Flint Water Crisis, it came with a hefty price tag: $30 Million and counting.

The Special Prosecutor Team put together by former Attorney General Bill Schuette included 96 attorneys, investigators, support staff and experts. They were paid about one-third of the total tab.

The lead Special Prosecutor was Todd Flood who says, “Let’s put this in perspective. We had the $10 million contract. I think $8 million was approximately spent. That pales in comparison to the airbag investigation or any other type of investigation with this type of amount of material. This is a shame. And unfortunately, they have to catch up. But you hope and pray this doesn’t take as much time and money and effort because we’ve advanced the investigator so far already."

Another member of that team is the former Special Agent in charge of the FBI in Detroit, Andy Arena who says the money was not wasted, “The charges that were leveled, I think, were investigated and solid evidence was presented. So, in that case I would disagree with them. It was still an ongoing investigation and there was some pretty hefty charges hanging out there.”

Former Governor Rick Snyder spent $8.5 million on attorneys for himself and his office. And he approved your tax dollars to pay for defense attorneys for state officials who were charged. Some of those firms were paid more than a million dollars each.

When the new team announced they were starting the cases over they said they had “grave concerns” about the previous investigation and results.

Flood said in response, “I’m not going to criticize anybody. I can stand proud with the team’s work that we did.”

The state provided an updated detailed list of legal costs paid through the first quarter of this year. You can read who got what in that document.