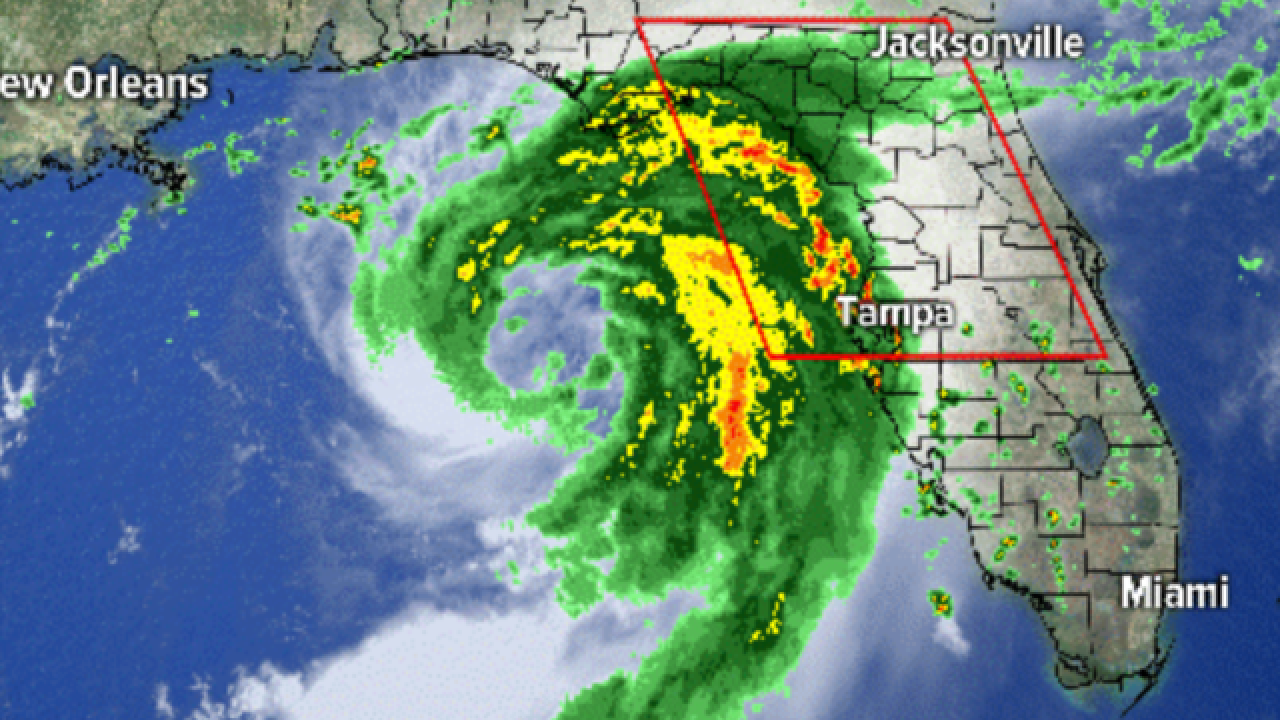 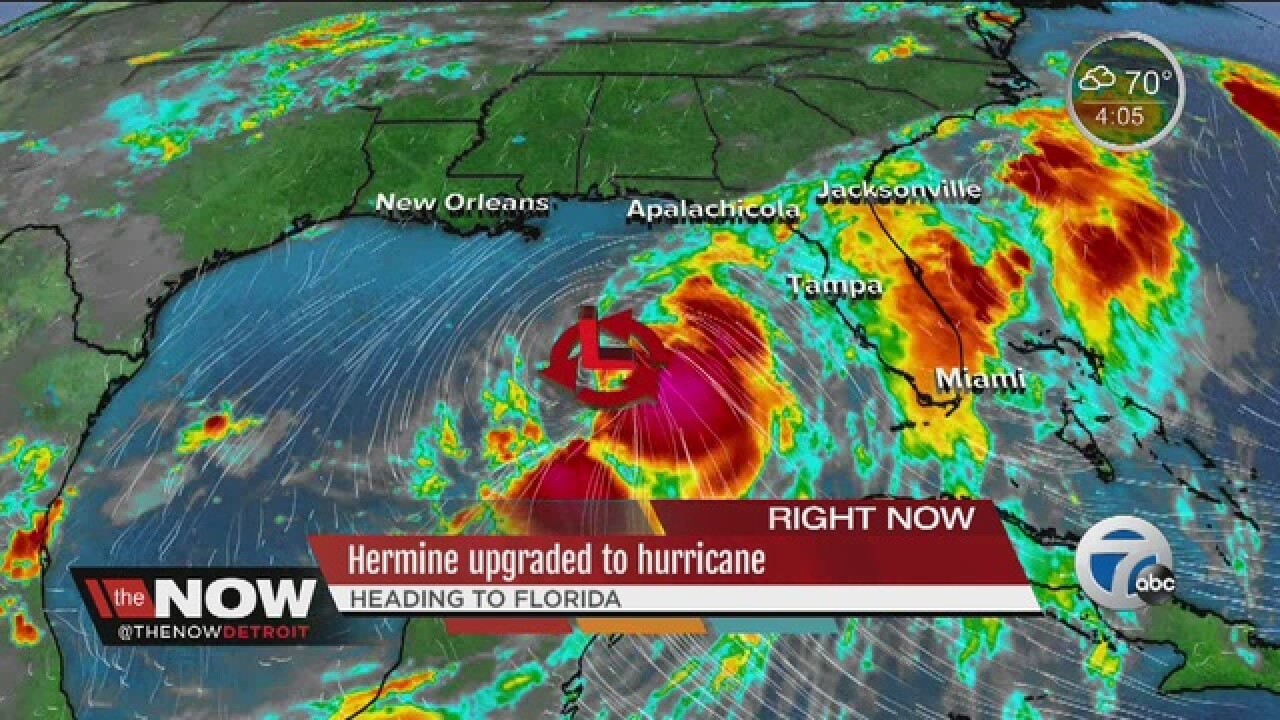 CEDAR KEY, Fla. (AP) — Tropical Storm Hermine strengthened into a hurricane Thursday and steamed toward Florida's Gulf Coast, where people put up shutters, nailed plywood across store windows and braced for the first hurricane to hit the state in over a decade.

The National Hurricane Center said the storm's winds reached about 75 mph in the afternoon, just above the 74 mph hurricane threshold.

Hermine was expected to blow ashore late Thursday or early Friday along the state's Big Bend, the mostly rural and lightly populated corner where the Florida peninsula meets the Panhandle, then push into Georgia, the Carolinas and up the East Coast as a tropical storm, with the potential for heavy rain and flooding.

Florida Gov. Rick Scott warned of the danger of strong storm surge, high winds, downed trees and power outages, and he urged people to move to inland shelters if necessary and make sure they have enough food, water and medicine.

"This is a life-threatening situation," Scott said. "It's going to be a lot of risk. Right now, I want everybody to be safe."

Scott added that 6,000 National Guardsmen in Florida are ready to mobilize after the storm passes. Georgia's governor declared a state of emergency for 56 counties through Saturday, in anticipation of high water and strong winds.

As of 3 p.m. EDT, Hermine was centered about 175 miles west of Tampa and was moving northeast at about 14 mph.

Residents on some islands and other low-lying, flood-prone areas were urged to clear out. And the governor ordered many state government offices to close at noon.

The order included the state capital of Tallahassee, home to tens of thousands of state employees. The city, roughly 35 miles from the coast, has not had a direct hit from a hurricane in 30 years.

The last hurricane to strike Florida was Wilma, a powerful Category 3 storm that hit on Oct. 24, 2005. It swept across the Everglades and struck highly populated south Florida, causing five deaths in the state and an estimated $23 billion in damage.

On Thursday, residents were out in force preparing for the storm, and stores began running low on bottled water and flashlights. City crews struggled to keep up with demand for sand with sandbags.

Flooding was expected across a wide swath of the Big Bend area, which has a mostly marshy coastline and is made up of mostly rural communities and small towns.

On Cedar Key, a small island, about a dozen people went from storefront to storefront, putting up shutters and nailing pieces of plywood to protect businesses from the wind.

One of them, Joe Allen, spray-painted on plywood in large black letters: "Bring it on, Hermine." Despite the bravado, he said, "I'm worried. You can never fully protect yourself from nature."

Chris Greaves and family members stopped in Tallahassee to pick up sandbags for his garage and the church they attend. Greaves said he lived in South Florida when Hurricane Andrew devastated the area in 1992. While he said he doesn't expect the same kind of widespread damage, he warned that tropical weather is "nothing to mess with."

In South Carolina, Friday night high school football games in many areas were moved up to Thursday night because Hermine was expected to bring heavy rain on Friday.

The storm is expected to flood streets in the Charleston area, which can see flooding at high tide even on sunny days.