Gordie Howe visitation will be held at Joe Louis Arena, open to public 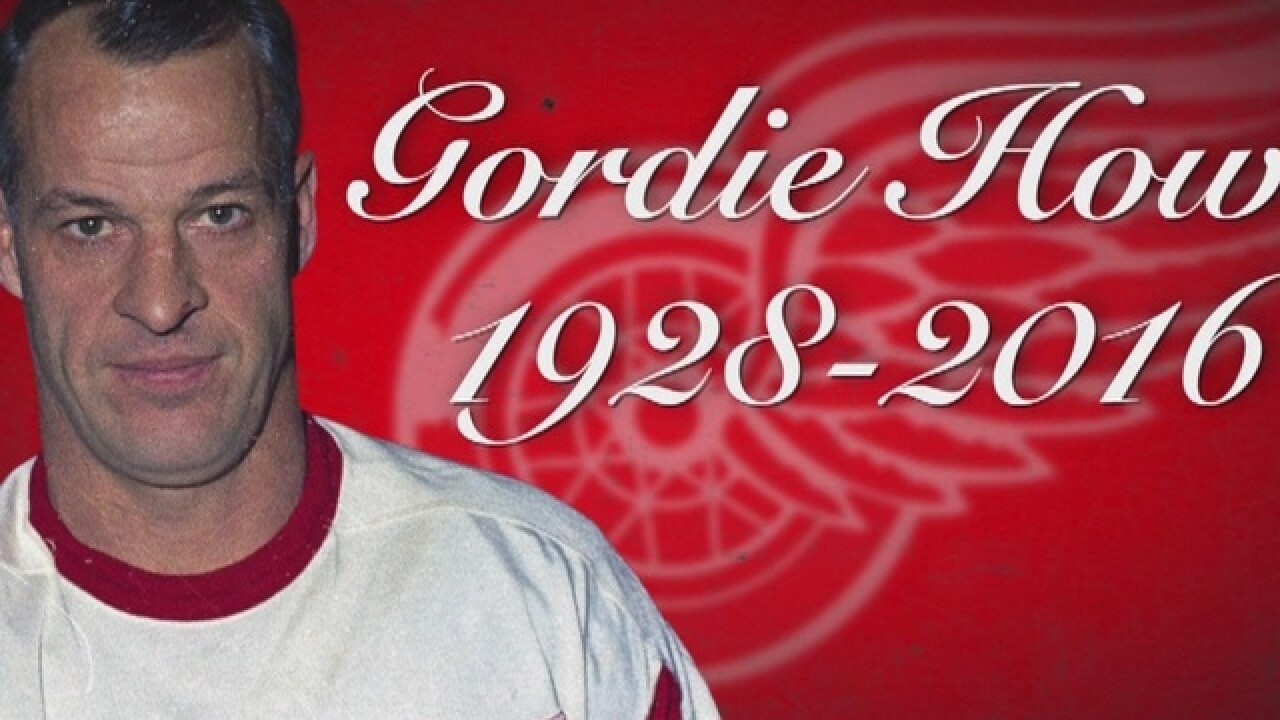 Gordie Howe's visitation and funeral will be open to the public.

The visitation is scheduled for Tuesday from 9 a.m. to 9 p.m. at Joe Louis Arena, the home of the Detroit Red Wings, the team Howe played for during much of his Hall of Fame career that started in 1946 and ended in 1980.

Howe's funeral will be at 11 a.m. Wednesday at the Cathedral of the Most Blessed Sacrament in Detroit.

Murray Howe writes in a text to The Associated Press that his father will be cremated and his brain will not be studied for possible concussion trauma.

The man forever known as "Mr. Hockey" died Friday. He was 88.

Howe set NHL marks with 801 goals and 1,850 points that held up until Wayne Gretzky came along.