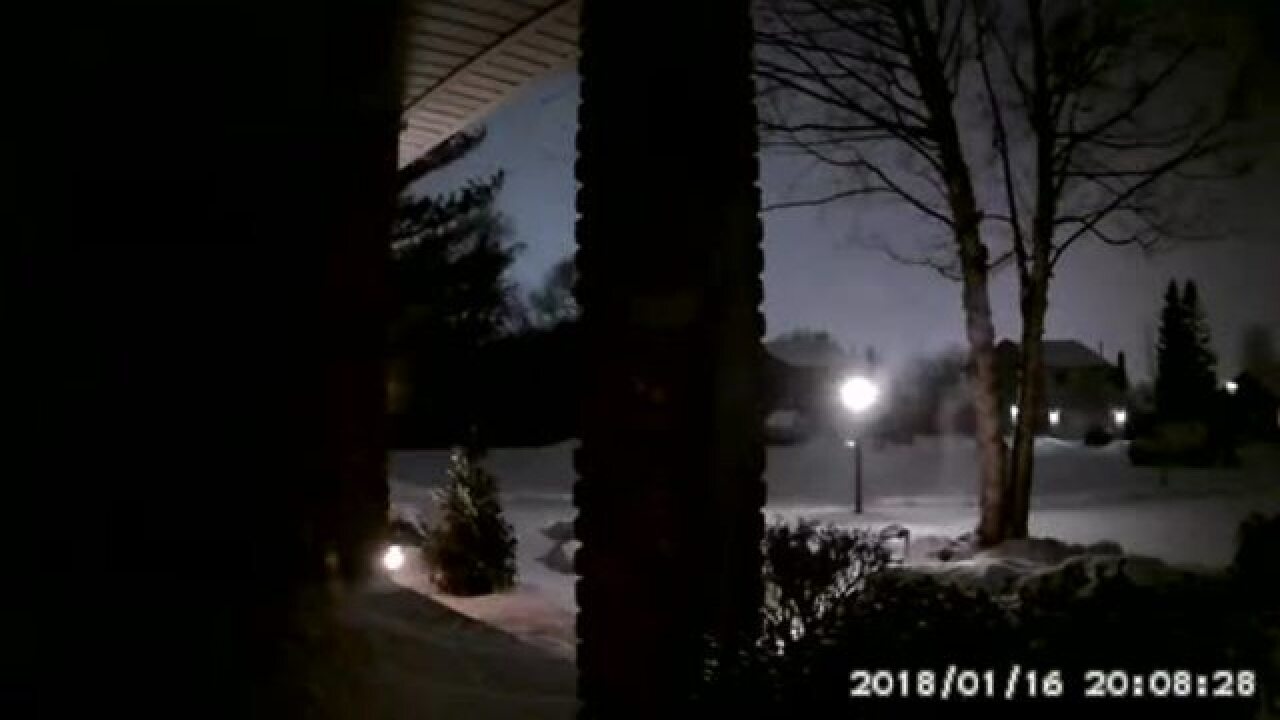 Metro Detroit is waking up this morning after last night's meteor madness, wondering what exactly happened.

7 Action News caught up with Michael Narlock, the head of astronomy at Cranbrook.

"It exploded definitely over southeastern Michigan. Where we think it landed was in and around Mount Clemens," Narlock said this morning.

University of Michigan professor of climate and space explained what happens when the meteor enters our atmosphere.

"It's moving thousands of miles per hour," said Michael Liemohn. "It has to push the air around it and that’s so much frictional force on it -- it actually starts stripping away the rock and that’s the bright light you see and eventually the rock has what we’d say catastrophic failure and explodes."

The National Weather Service and United States Geological Survey confirmed that a meteor lit up the skies across Michigan and in several other states on Tuesday night.

According to the USGS, the meteor happened around 8:10 p.m. and caused a magnitude 2.0 earthquake near New Haven in Macomb County.

"The sonic boom because it’s moving so fast -- it’s actually going faster than the speed of sound and it creates a sonic boom that reaches the ground and it’s that, that caused the earthquake-like feel of the shaking houses and rattling windows," said Liemohn.