Coronavirus update: Can it spread without symptoms and what about the Chinese drug? 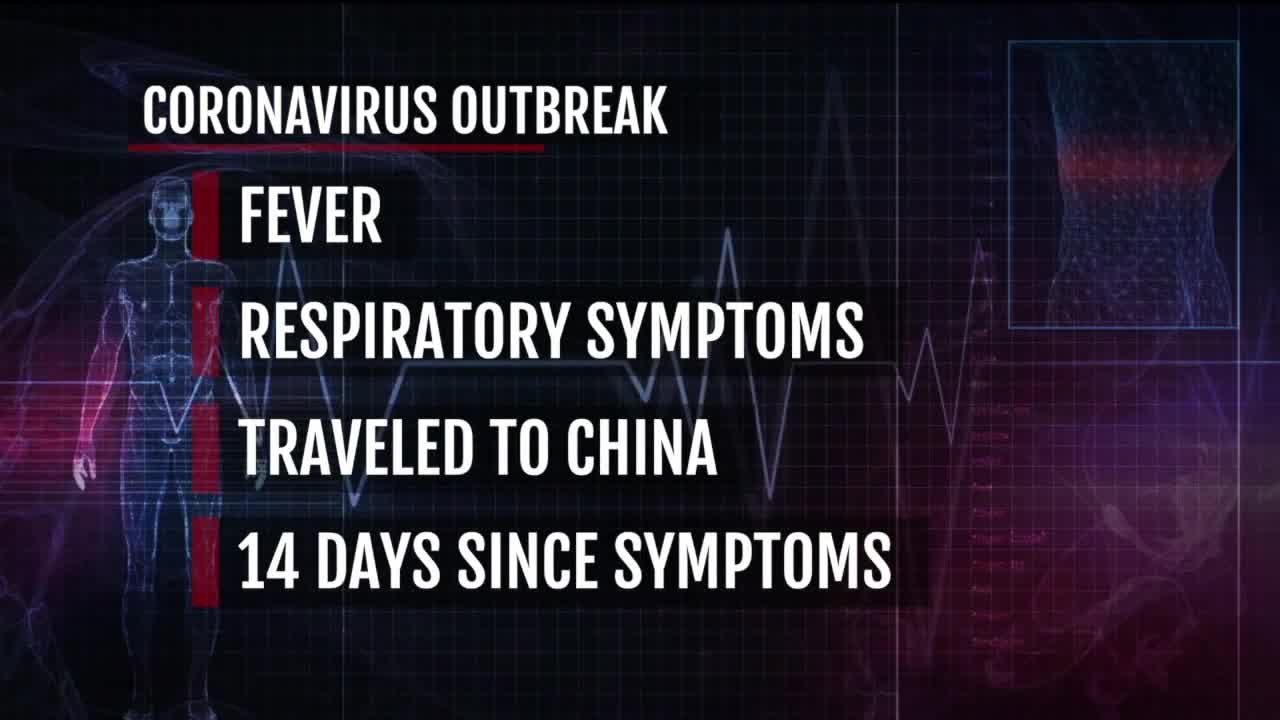 A Detroit Metro Airport passenger who was taken to the hospital due to coronavirus-like symptoms will not be tested for the deadly illness. Health officials say that the patient does not meet the criteria for the virus as set by the CDC.

(WXYZ) — A Detroit Metro Airport passenger who was taken to the hospital due to coronavirus-like symptoms will not be tested for the deadly illness. Health officials say that the patient does not meet the criteria for the virus as set by the CDC.

To be tested you have to meet very specific criteria. The CDC says you have to have a fever or symptoms of lower respiratory illness like coughing or shortness of breath. In addition to that, you would also have had to have traveled to Hubei Province in China or anywhere in mainland China within 14 days since your symptoms began. Or had exposure to a 2019 Novel Coronavirus case that was confirmed at a laboratory.

Now regarding the Detroit Metro Airport passenger, Michigan Health officials say they are no longer considered a person under investigation, and that no other information will be released.

Public health officials are now saying that an early published paper regarding asymptomatic transmission might actually be flawed. It had centered around a businesswoman who flew from China to Germany to meet with colleagues. And on her return flight home, she became sick and then tested positive for the coronavirus.

Now the authors of this paper reportedly did not speak with this businesswoman. Rather, they were told that she never displayed any symptoms.

But according to the German government’s public health agency who conducted interviews, she did have non-specific symptoms that were mild, like back pain and fatigue. She also took antipyretic medication which is used to prevent or reduce fever.

So does this mean that the coronavirus can’t be transmitted before symptoms appear? I’d love to say yes but we still need a lot more research before accurately answering this. But, the good news is that the World Health Organization still says that the main driver of transmission is symptomatic cases.

It’s been reported that Chinese researchers at the Wuhan Institute of Virology have applied for a patent on an experimental antiviral drug called remdesivir. Right now it’s entering clinical trials in China, even though it’s not licensed or approved anywhere.

While this is good news, it doesn’t mean that we have an effective and safe treatment just yet. Plus the World Health Organization still maintains that there are no known effective therapeutics against the 2019-nCoV. But the fact that remdesivir is being rushed into human trials does tell us that it just might be a promising treatment.