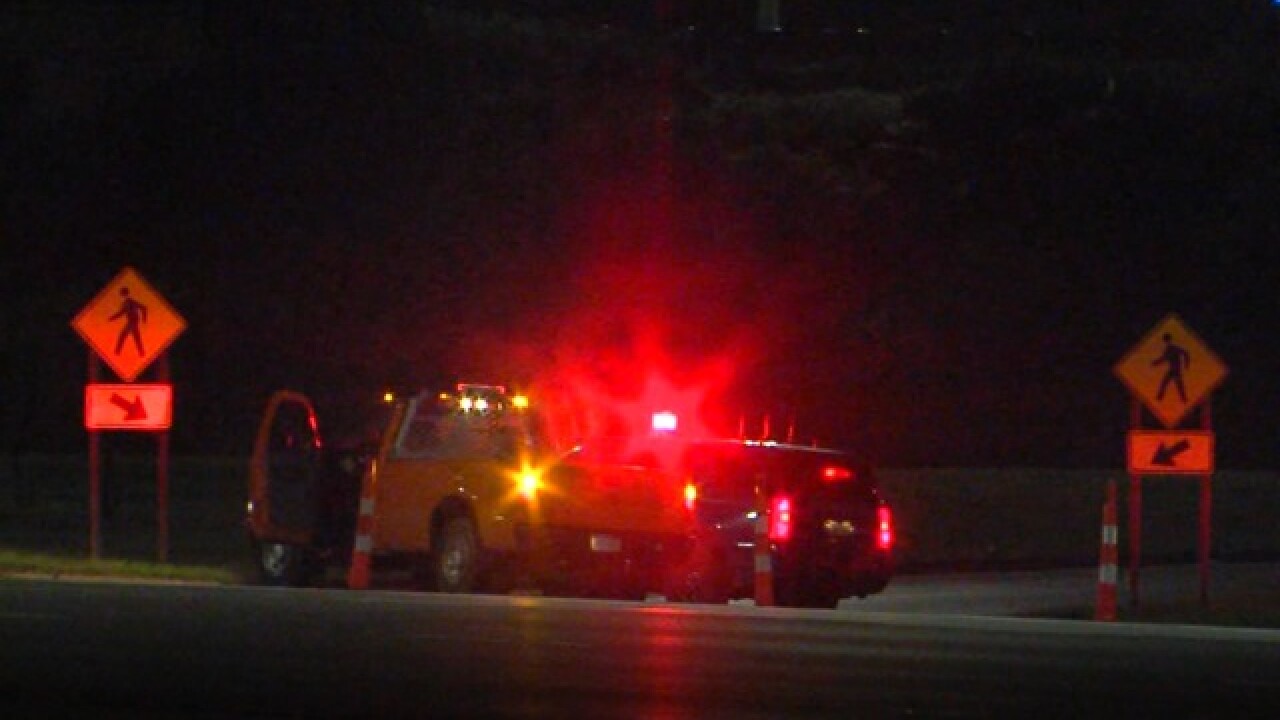 UPDATE: Michigan State Police have identified the body found at the scene of a vehicle crash at I-94 westbound and Telegraph.

Officers tweeted that a 36-year-old man was traveling eastbound I-94 near Middlebelt, when he lost control, crossed the median and hit the guardrail on the I-94 westbound side.

The 36-year-old male driver was hit by a car when he got out of his vehicle and tried to cross the westbound lanes. Police say his body was then hit several times by unknown vehicles. Officers pronounced him dead at the scene.

The 39-year-old driver that struck the 36-year-old victim did stop and was interviewed by police.

Officers suspect "driving under the influence of marijuana may be a factor in this incident."

MDOT says all lanes at westbound I-94 and Telegraph have reopened.

.Further Information: A 36 year old male was traveling E/B I-94 near Middlebelt, lost control crossed the median and struck a guardrail on the W/B side of I-94. The driver exited the vehicle and attempted to cross the W/B I-94 lanes of travel and was struck by a vehicle. pic.twitter.com/SYndOn5ikJ

The westbound lanes of I-94 are closed at Telegraph after an early-morning crash.

According to MDOT, the crash happened Saturday after 2 a.m. MDOT first reported the crash closer to Metro Airport, at I-94 and Middlebelt in Romulus.

Right now, there’s no word on any injuries.

Stay with wxyz.com for updates as this story develops.

OVERNIGHT CRASH: At 2:05 AM 9/29 MSP 911 received calls about a car striking a guard rail W I-94 at Middlebelt. Additional callers stated a body was in the middle of the freeway. At this time the body has not been identified. The freeway remains closed at Telegraph. pic.twitter.com/WB5sxysUGp