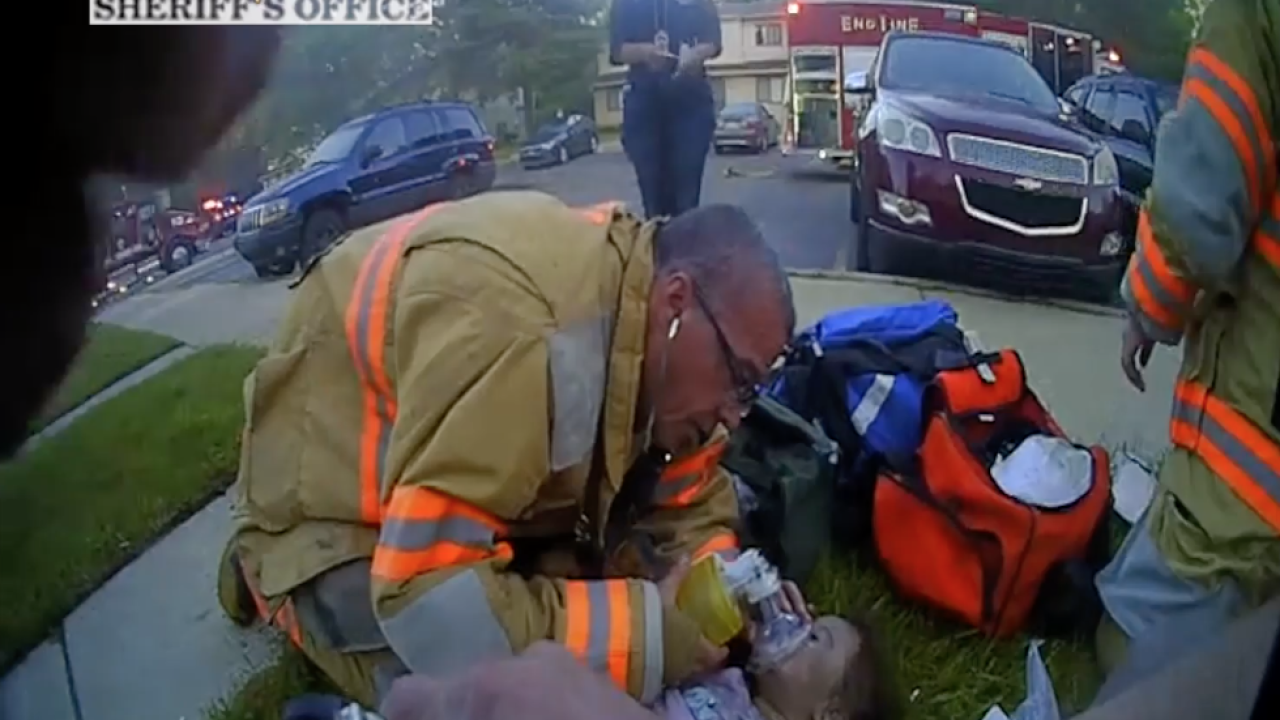 NEW HAVEN (WXYZ) — Macomb County deputies jumped into action as a New Haven apartment home was on fire with a woman and two small children still trapped inside.

The harrowing rescue happened June 25. The first deputy on scene noticed the fire and immediately went into action. A man and three more children were standing outside the home when the first deputy arrived.

In body-cam footage released by the Macomb County Sheriff's Office, you see the first deputy on scene use a small fire extinguisher to reduce the flames inside the home. With thickening smoke, the deputy was unable to make his way upstairs to the three who were trapped, although he made several attempts.

While waiting for local firefighters to arrive, another deputy joined in the effort by also attempting to make his way inside the home, but could not get far enough to reach the three inside. However, the two deputies continued to extinguish the fire as the flames tried to grow.

Firefighters arrived on the scene within 14 minutes of the initial call. They were able to rescue the woman and two small children inside.

Watch video of the rescue above.