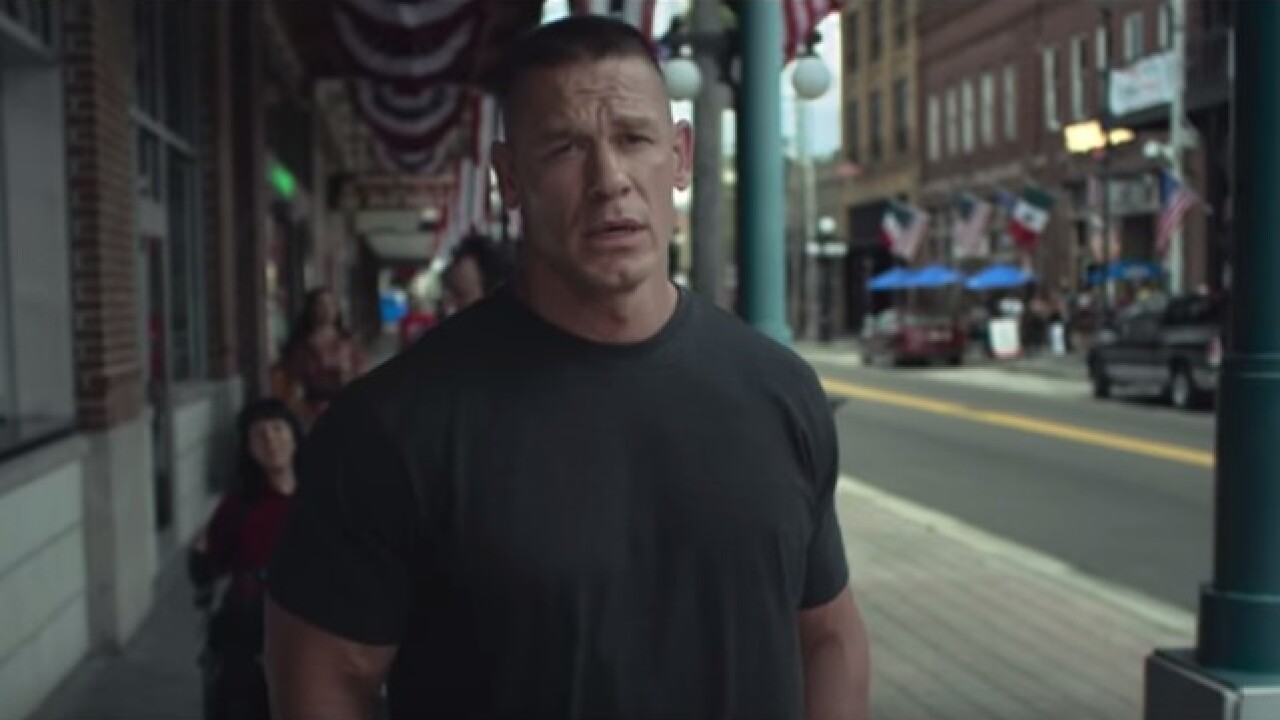 WWE Superstar and actor John Cena is partnering with the National Ad Council to remind everyone what it's like to have patriotism on the Fourth of July.

In the video titled "We Are America" and part of the Love Has No Labels campaign, Cena talks about love and patriotism, and picture the average American.

"There's more to patriotism than flag-sequined onesies, rodeos and quadruple cheeseburgers," Cena said. "Patriotism is love for a country, not just pride in in."

Cena then asks what makes up the country, and says it's the people, before asking people to picture the average U.S. citizen. The answer may surprise you.

"Chances are the person you're picturing right now looks a little different than the real average American," he said. "There are 319 million U.S. citizens. 51 percent are female, so first off, the average American is a woman. Cool, huh?"

He goes on to talk about the breakdown of U.S. citizens, talking about them based on their race, gender, age, whether or not they are disabled and so much more.

"We know that labels don't devalue us. They define us," he said. "Keeping us dialed into our cultures and beliefs and who we are as Americans. After all, what's more American than freedom to celebrate the things that make us, us?"

"This year, patriotism shouldn't just be about pride of country, it should be about love," Cena added. "Love beyond age, disability, sexuality, race, religion and any other labels. Because the second any of us judge people based on those labels, we're not really being patriotic, are we?"

Check out the awesome PSA below.