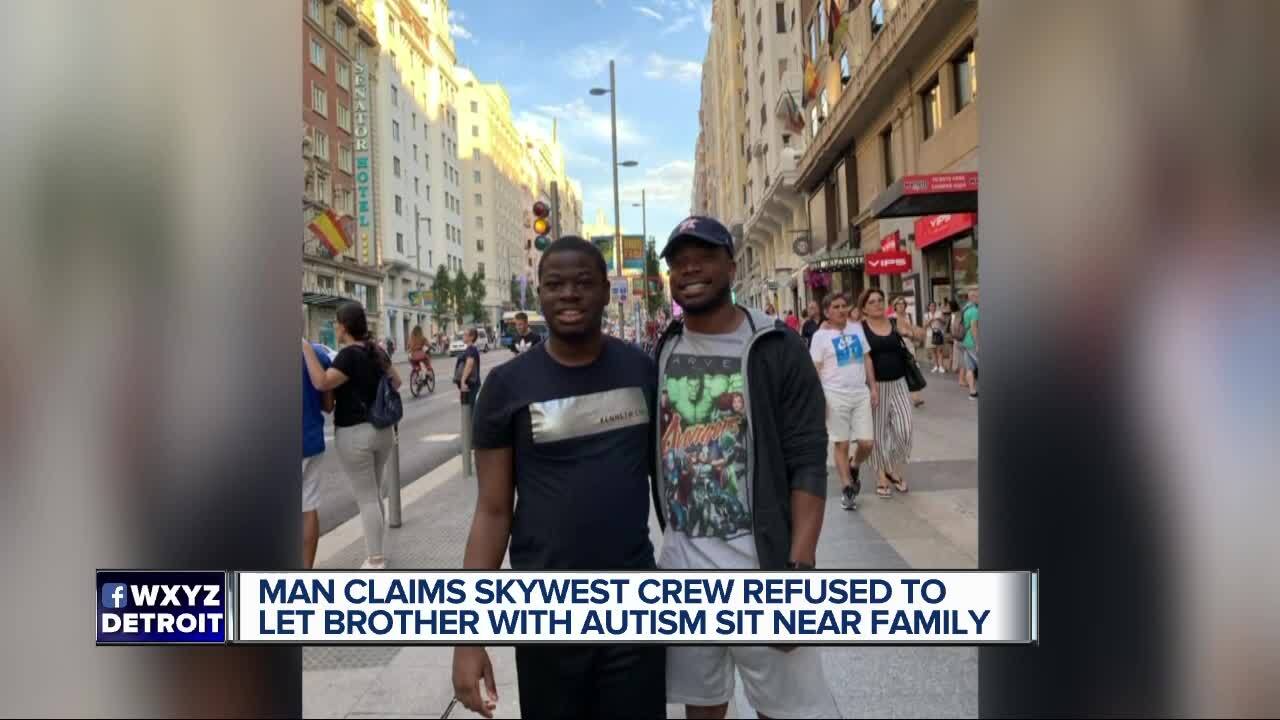 (ABC) — Ayo Isola, 23, claims that a SkyWest Airlines employee forbid his brother with autism to sit next to a family member during a flight on Friday. He says the crew then forced all 75 passengers to deplane and refused to fly the plane.

A SkyWest spokesperson tells ABC they are investigating the incident and that the crew was "not aware of any disability" and "wanted to keep the process moving." The crew has since been removed from flying while the airline investigates.

Isola, who was also traveling with his mother and sister, said they all told the crew about his 21-year-old brother, Tayo Isola's, disability. Tayo has autism spectrum disorder and is essentially nonverbal, according to Ayo.

The SkyWest flight 3596, operating as a Delta Connection from Detroit to Houston, Texas, departed almost three hours behind schedule, according to FlightRadar24. Isola said passengers were told over the intercom that the old crew refused to fly the plane. SkyWest confirmed there was a crew change, but would not give a reason or confirm the announcement.

SkyWest is working with Delta to talk to the Isola family, according to a SkyWest spokesperson.

Delta in a statement on Monday apologized to the customers on the flight "for any inconvenience following an onboard event."

"We are currently reviewing the details and have reached out to better understand what happened," the statement continued.

"If that's the way they are going to treat people, then they don't need to be flying planes," Isola told ABC. "I think they should do some sort of mandatory sensitivity training. They were discriminatory and offensive. The fact that they refused to fly us because my brother has a disability I was very frustrated."

SkyWest released the below statement:

We are investigating reports regarding SkyWest flight 3596, operating as Delta Connection from Detroit to Houston, Texas, which experienced a delay boarding as a result of an issue regarding customer seat assignments. We are committed to providing exceptional onboard service to all of our customers and are working with our partner Delta to reach out to the customers.

Delta Airlines also released a statement saying, "Delta apologizes to customers on flight 3596, operated by Delta Connection partner SkyWest, for any inconvenience following an onboard event. We are currently reviewing the details have reached out to better understand what happened.”