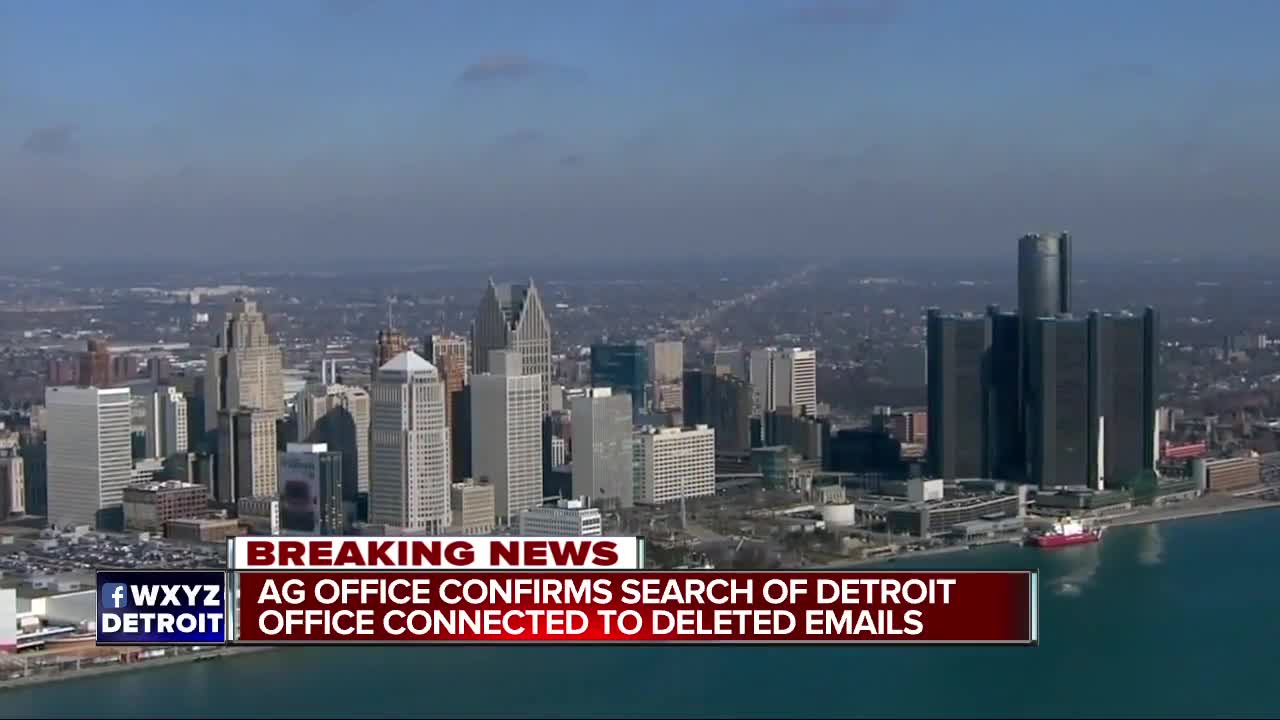 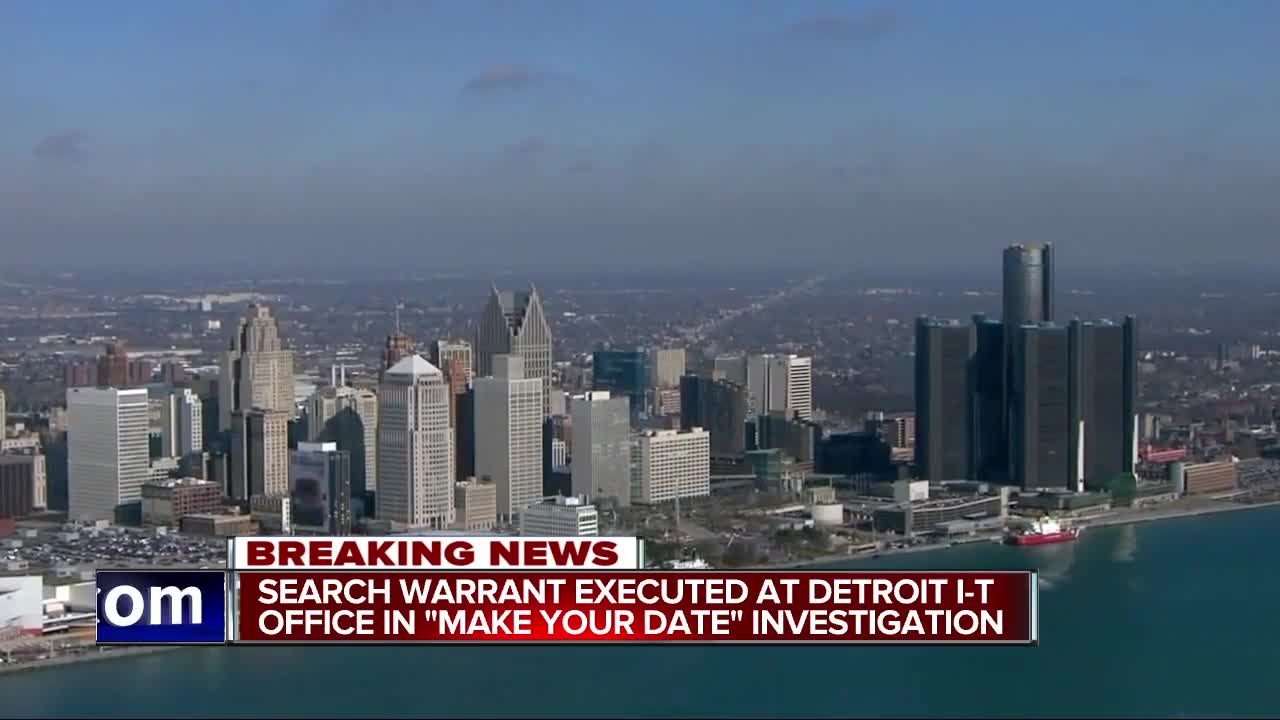 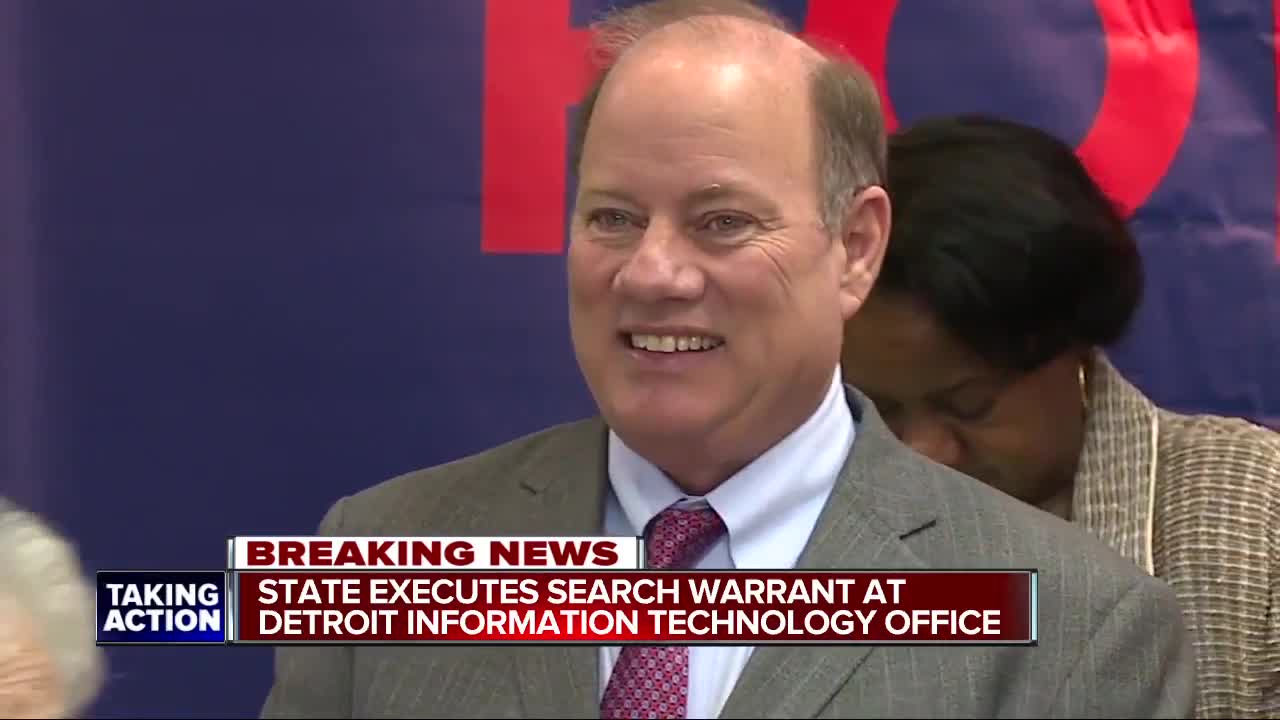 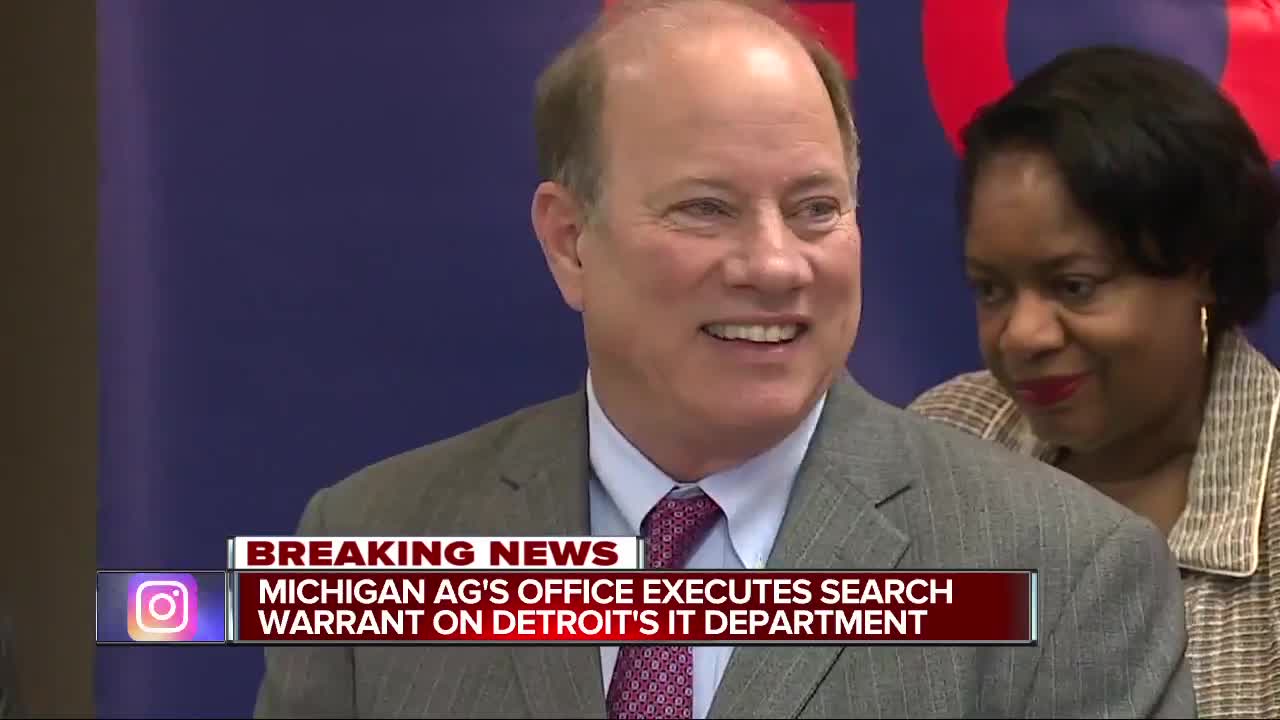 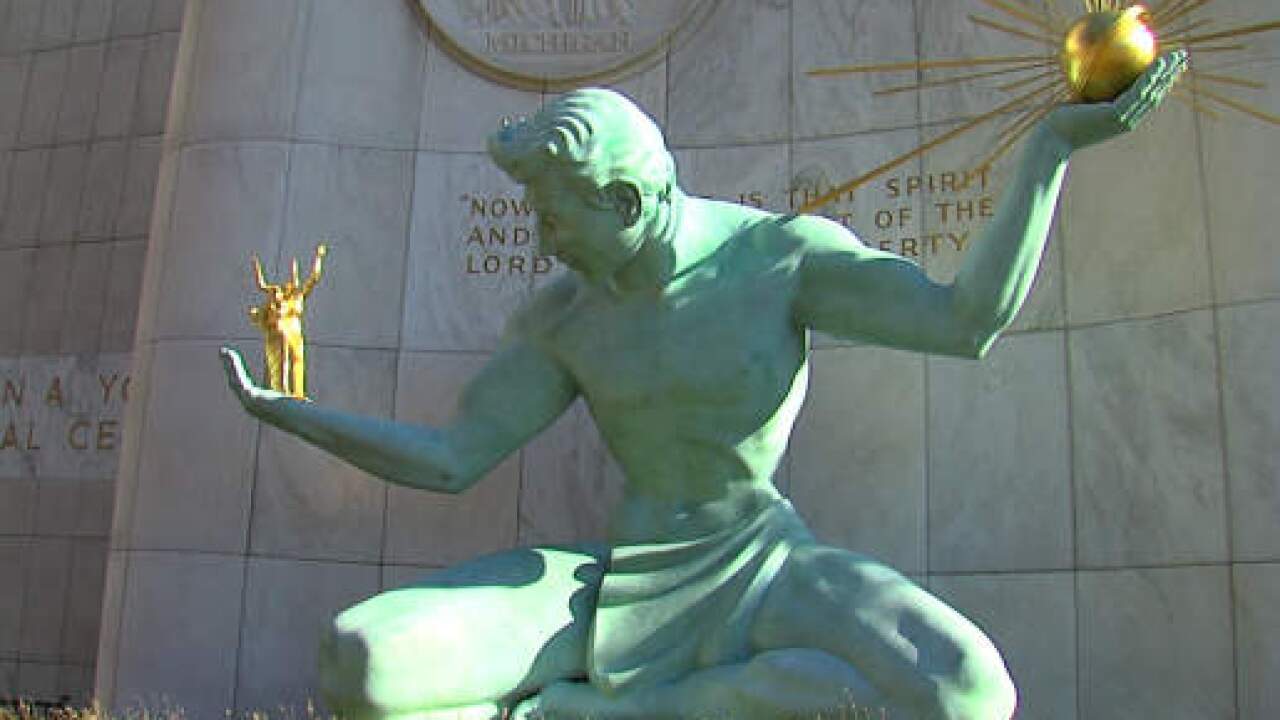 A spokesperson for the AG's office only said that the office conducted a search on the city's IT department "due to an ongoing investigation." The spokesperson later confirmed the search warrant is connected to the Attorney General's probe into the city's handling of the Make Your Date nonprofit foundation.

The city's Corporation Counsel issued the following statement on the situation:

We are cooperating fully with the Attorney General’s investigation. In fact, I spent much of my day working closely with her staff. We cannot comment at any further on the AG investigation.

While the department serves City Hall, it is physically located at the Public Safety Headquarters about a mile away.

In July, the AG said she was looking into deleted emails that center on Detroit Mayor Mike Duggan, a woman he is connected to and a program she runs that received support from city grants.

The Michigan Attorney General's Office said they received two complaints in early July, one from a current city employee and one from a former employee, that alleged they had been directed to delete the emails

Last month, the Detroit Office of Inspector General released a report that found Duggan gave preferential treatment to the program, and that his chief of staff, Alexis Wiley, ordered those emails deleted.

After the report came out about the emails, the city released all 211 pages of emails from late 2017 and 2018 that were deleted.

The OIG report was released on Oct. 21after a months-long investigation by the OIG into questions involving the Make Your Date (MYD) program, run in conjunction with Wayne State University, and its connection to support from the city of Detroit. The investigation started in April and according to the OIG, the office reviewed more than 400,000 pages of documents, interviewed about a dozen people and researched best practices.

In an interview on Oct. 21, Duggan pushed back on the Inspector General's findings.

"They were trying to keep two junior staff people from being dragged into the media circus," Duggan said by phone. He said that Wiley's intentions were good, it "made something look wrong when there was nothing to hide."