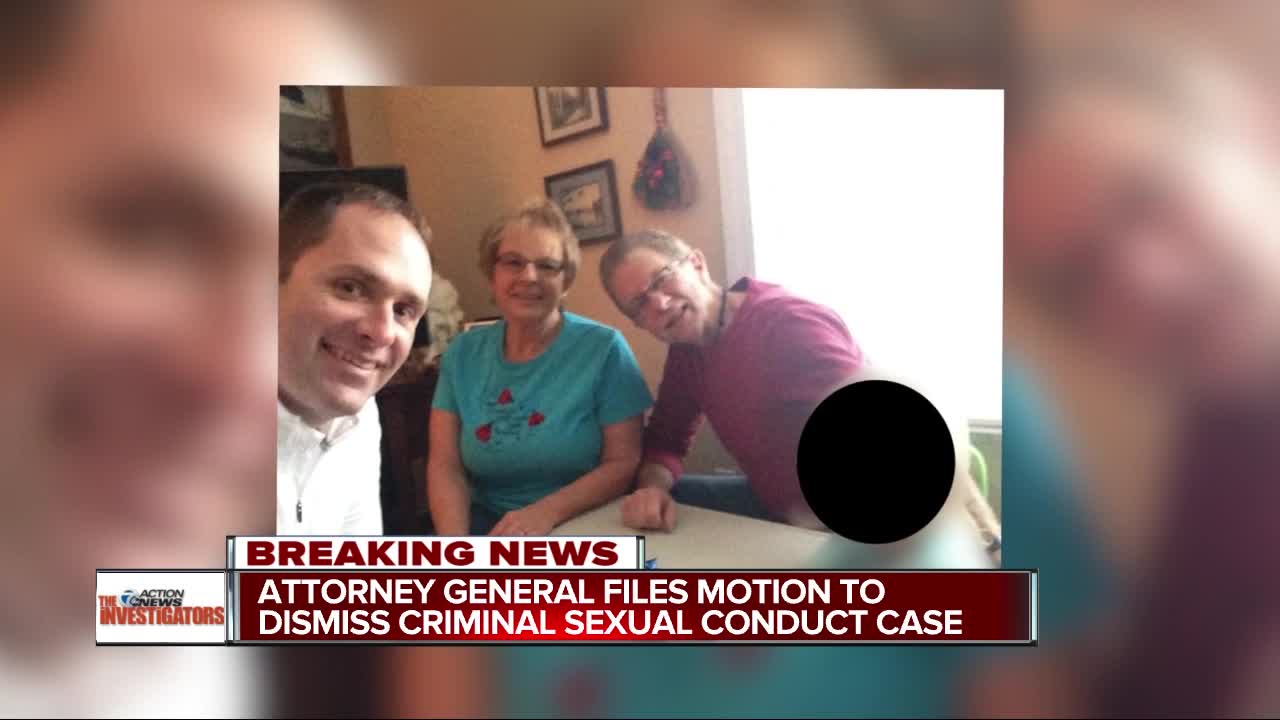 An Internal investigation in the Michigan Attorney General's office has led to the dismissal of first-degree criminal sexual conduct charges that were filed against two men in Oakland County District Court. 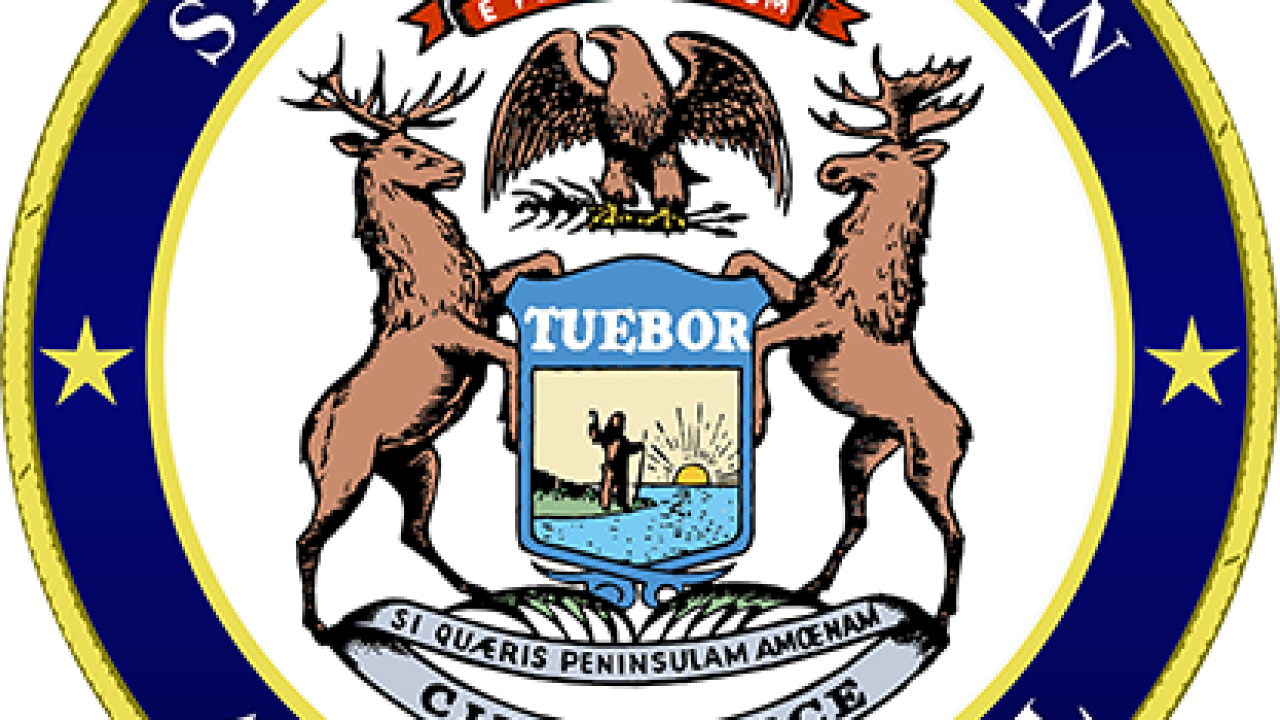 (WXYZ) — An Internal investigation in the Michigan Attorney General's office has led to the dismissal of first-degree criminal sexual conduct charges that were filed against two men in Oakland County District Court.

According to a news release, the charges were dismissed because the conduct of former Assistant Attorney General Brian Kolodziej violated prosecutorial standards.

“I am compelled to dismiss the charges in this case following the information we received regarding Mr. Kolodziej’s prosecutorial conduct, which are tantamount to serious violations of our prosecutorial standards,” said Attorney General Dana Nessel in the news release.

The office said their two-month long internal investigation determined Kolodziej, who resigned in September to avoid being fired, had an inappropriate relationship with a victim in a criminal sexual assault case while he served as the lead prosecutor.

The investigation is also leading to Attorney General's office to join forces with the defense counsel for a man serving a sentence for third-degree criminal sexual conduct in Isabella County. They will be asking the court to set aside his plea in that case.

However, should the motion be accepted, those charges are not being dropped and the case would be retried.

“We are committed to doing everything we can to address the issues caused by Mr. Kolodziej’s employment as an assistant attorney general,” Nessel said. “We will submit all of our internal interviews to the Michigan State Police as well as the Attorney Grievance Commission so they may independently determine appropriate actions.

7 Action News has been following the Oakland County case for months.

In May, Attorney General Nessel charged Sean, and his stepfather Larry, with first-degree criminal sexual conduct. We’re not using their last names, because they’re accused of sexually assaulting Sean’s daughter, allegedly when she was around 4-years-old.

Shannon Smith, attorney for Larry released this statement: “We are pleased to hear that the charges are being dismissed and the Attorney General is clearly upholding her duty under the law to seek justice. Like the rest of the public, we are anxious to see the investigative report once it is issued.”

“We’re thrilled that Attorney General Nessel came to this conclusion, and it appears the charges will be dismissed," said Attorney Alona Sharon, who represents Sean.

Back in 2016, the Oakland County Prosecutor refused to issue charges against both men because they both passed 3 polygraphs each, and they found no evidence to substantiate abuse.

According to search warrants, the alleged assaults took place inside Larry’s home in Oxford, where Sean would have parenting time.

Sean’s lawyer says he’s a decorated police officer, most recently working as a lieutenant for Duval County Schools in Florida. His ex-wife, Johanna, lives in Oxford with their daughter.

Back in 2016, lawyers say as part of the divorce agreement, Sean was just about to get more parenting time with the little girl when Johanna called the Oakland County Sheriff’s Office to allege sexual abuse.

Within days of the criminal case starting, Sean recorded Johanna as she tried to get him to terminate his parental rights with what she called her “gift to him” – dropping the case.

“Right now you have an opportunity to make this go away. Do you understand that,” Johanna said on the recording.

She’s also heard on the recording saying, “I can give you a get-out-of-jail-free card and I can help you.”

Police reports show, when the detective told Johanna that the Oakland County Prosecutor was not pursuing charges, she leveled new allegations.

After other allegations turned down by other police agency, years later the ex-wife somehow found her way to Center Line Public Safety. They in turn connected her with the Attorney General’s office where Asst. Attorney General Brian Kolodziej took the case.

Nessel's office is not releasing any other details about what their investigation found.

As a strong advocate of transparency, I had every intention to release the conclusions of our internal investigation,” said Nessel. “But after receiving an opinion from our Ethics Officer [lnks.gd] related to a release of the report and after several discussions with the law enforcement agencies pursuing a criminal investigation into Mr. Kolodziej’s actions – at our request, I ultimately but regretfully came to the conclusion that we simply cannot release this information at this time.”

“While we are not in a position to share our findings, we have taken swift, decisive action and we will continue to cooperate with law enforcement as they move forward,” Nessel concluded.

“In the end, today does not reflect the truthfulness of the victims in these cases but rather the consequence of a prosecutor who failed in his sacred duty to properly administer justice in our legal system. A prosecutor has the solemn responsibility to vindicate the rights of the victim while ensuring that those accused of a crime are given a fair trial. These two things are inextricably intertwined and sacrificing the latter to advance the interests of the former – in the end – defeats both. I hope that my actions here today are not viewed as a failure of our criminal justice system but – instead – a reflection of my commitment to the fundamental principles upon which it is based,” Nessel said.