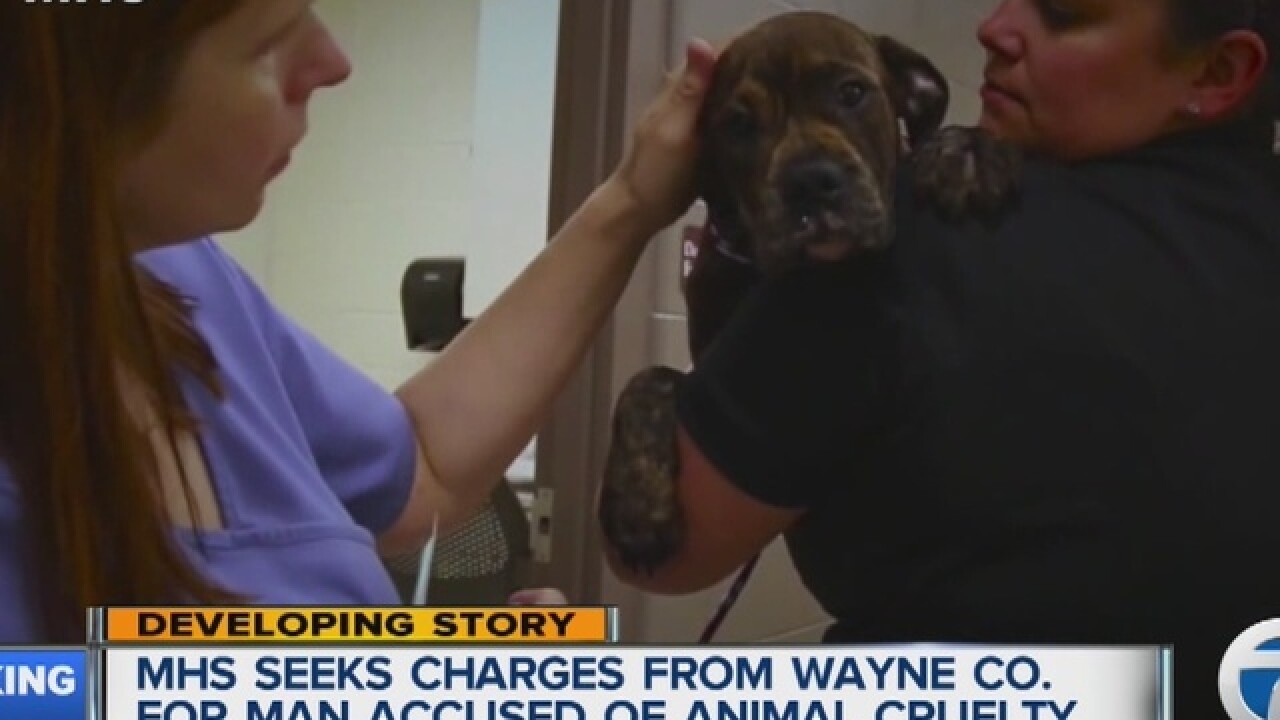 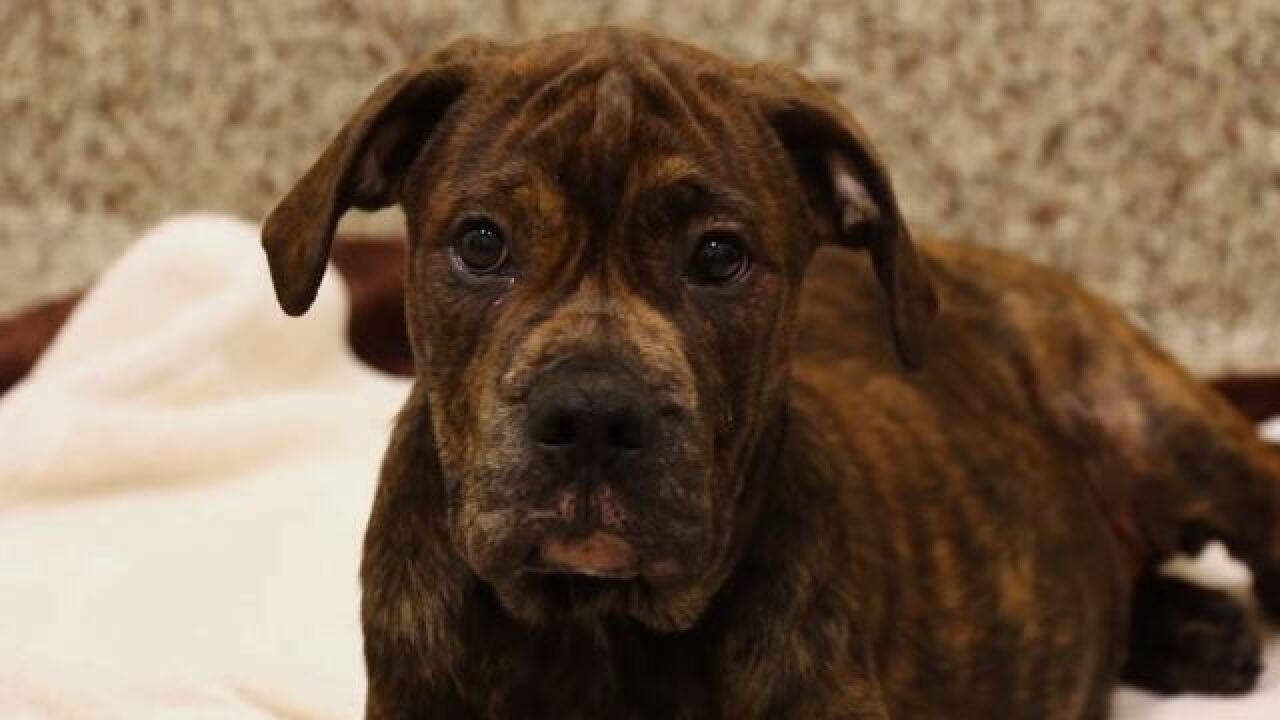 The Michigan Humane Society is asking the Wayne County Prosecutor's Office to bring cruelty charges against a man accused of dragging his puppy down the street on a leash.

The incident happened near 8 Mile Road and Berg in Detroit on Friday July 15, according to MHS.

The owner reportedly told the MHS Cruelty Investigators that his 3-month-old mastiff mix puppy was not listening to him while out on a walk, which led to him dragging the puppy down the street.

"Given that this was an intentional act that could have easily been prevented, we will be submitting charges to the Wayne County Prosecutor," said Elise Ramsey, MHS Cruelty Investigator, in a news release. "The puppy had severe abrasions under his belly, on all four legs, and even on his shoulders and face."

The owner surrendered the puppy, now named Elmer, to the MHS Investigators for immediate medical treatment and care.

Elmer will be up for adoption to a loving home one he is healed at the MHS Mackey Center for Animal Care in Detroit.

"Elmer is just a puppy and didn't know yet how to properly walk on a leash," said Dave McLeod, MHS Cruelty Investigator, in a statement. "This type of abuse is not acceptable anywhere."

If you see an act of animal cruelty or neglect in Detroit, Hamtramck or Highland Park please call the MHS Cruelty Investigation Department at 313-872-3401.

You can watch Elmer's story below. WARNING: Very graphic images in the video of the severe wounds.