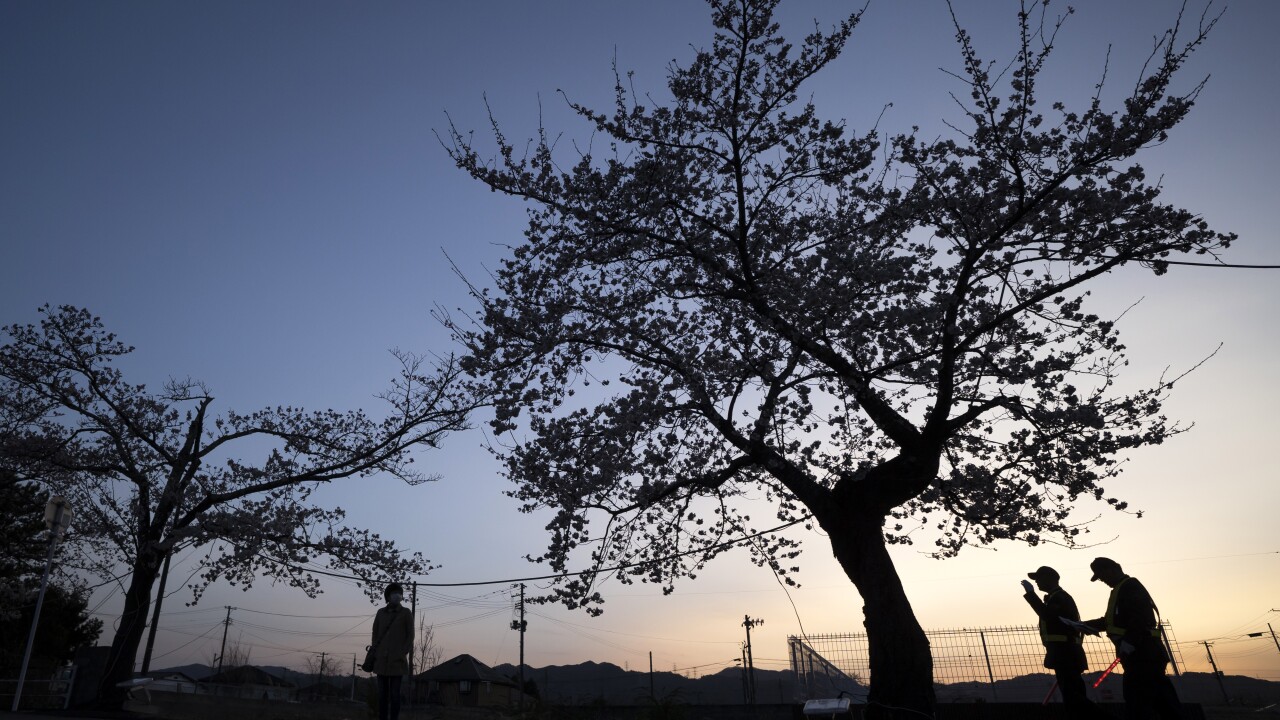 Tomohiro Ohsumi/Getty Images
TOMIOKA, JAPAN - APRIL 06: People walk past a cherry tree in bloom outside the difficult-to-return zone in the Yonomori area on April 6, 2019 in Tomioka, Fukushima, Japan. The tunnel with approximately 480 cherry trees in the area is partially located in the difficult-to-return zone designated by the government after the accident at Tokyo Electric Power Co.'s Fukushima Dai-ichi nuclear power plant in 2011. The municipal government arranged buses for former residents to the zone, where 6km away from the crippled nuclear plant, first time in 9 years to watch the cherry blossoms. (Photo by Tomohiro Ohsumi/Getty Images)

The Confluence of States says more people need to know about the economic, social and public health benefits of playing outside.

Whitmer appointed Brad Garmon to lead Michigan's office. He previously worked with the Michigan Environmental Council and has advised the state on public lands, water and tourism issues.