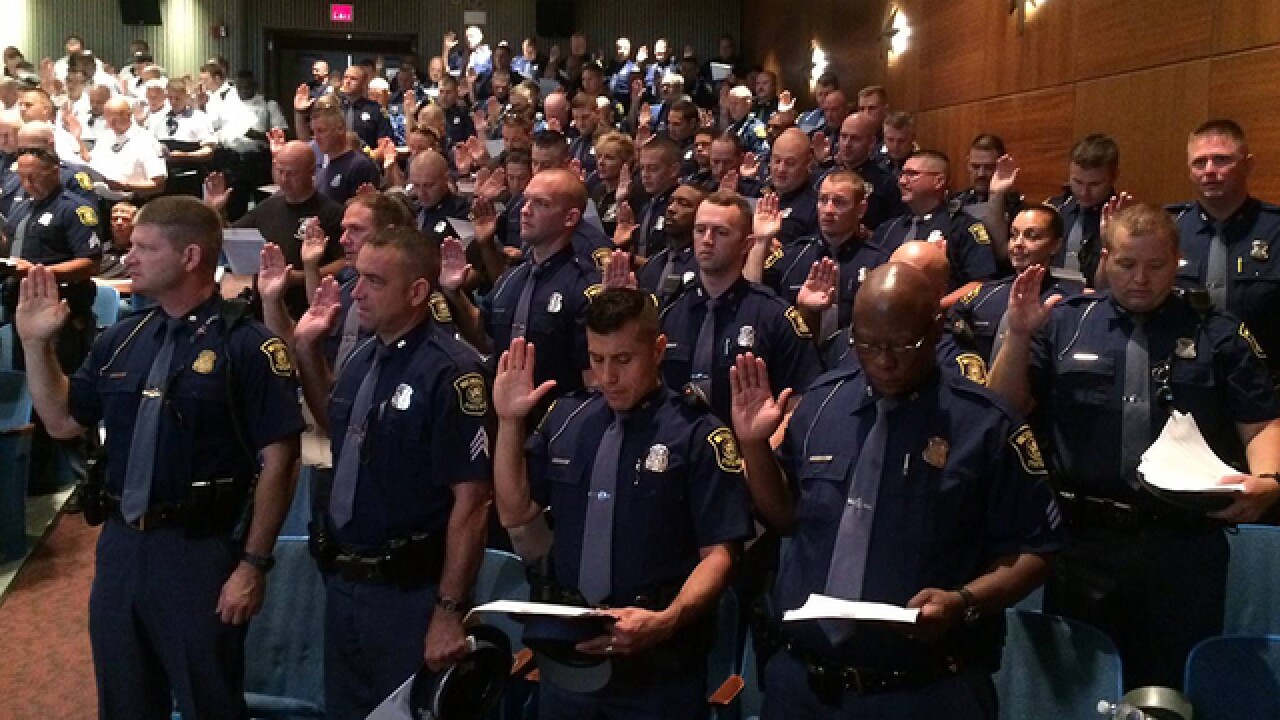 Misbehave at the Republican National Convention in Cleveland this week and it could be a Michigan State Trooper that puts you under arrest.

About 100 troopers were sent to Cleveland to assist with the RNC. On Sunday, they were all sworn in as officers of the Cleveland Police Department.

"This provides MSP troopers with complete law enforcement abilities while in Ohio," the Michigan State Police said in a Facebook post.

The group of uniformed troopers is made up of Michigan State Police from throughout the state. Monday morning, MSP's Detroit post tweeted an image of troopers receiving their morning briefing.

Troopers receiving their morning briefing at the RNC this morning. A proud tradition of service reaches Ohio. pic.twitter.com/Q6030cAlYv

The officers were sent as a response to a request from the Emergency Management Assistance Compact (EMAC). That's a program that's setup for one state to request assistance from another state.

"All costs associated with deploying resources under EMAC are reimbursed," the State Police said when announcing their plans earlier this summer.

"In addition to the uniform troopers who will primarily be used for security and crowd management outside the convention center, the MSP is also fulfilling a request for motorcycle officers for vehicle escorts and motorcades," they said in June.